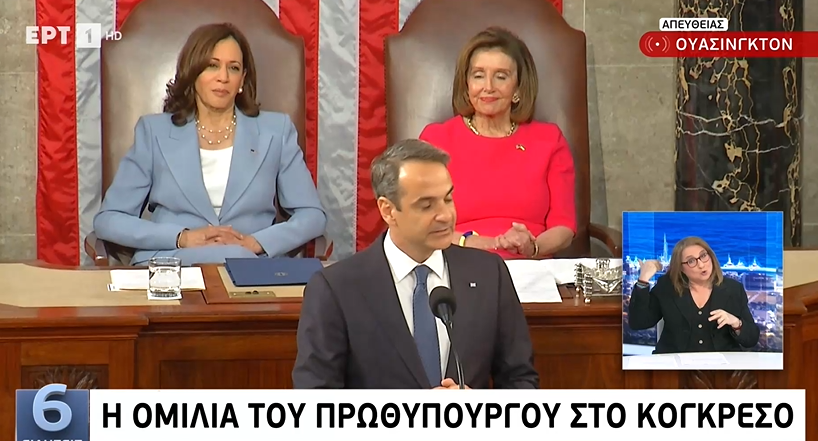 “There is no greater honor for an elected leader of Greece, where democracy was born, to address the representatives of people who have defended democratic ideals strongly since the founding of their country,” Prime Minister Kyriakos Mitsotakis said during his address at the US Congress on Tuesday.

The Greek premier addressed a joint session of the US House of Representatives and the Senate, after an invitation by House Speaker Nancy Pelosi who presided over the event with Vice President Kamala Harris. 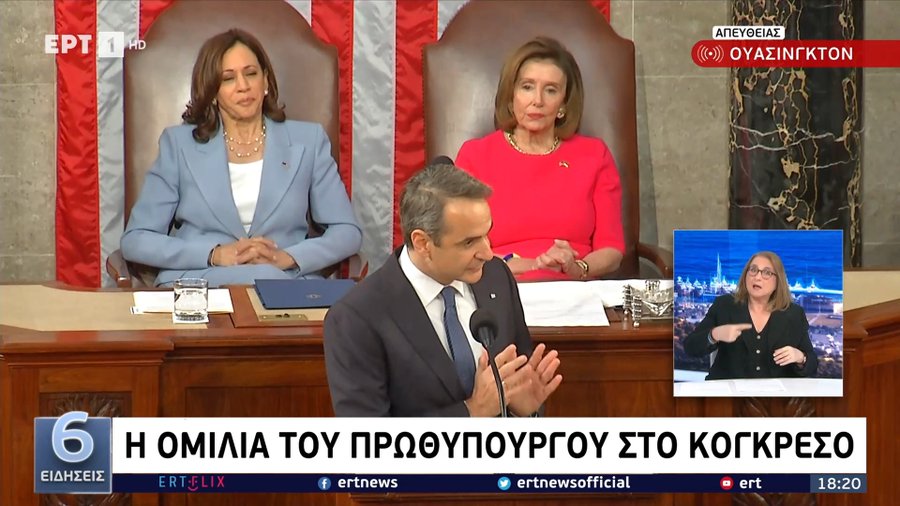 It is the first time a Greek prime minister addresses the US Congress.

“Our two countries always found themselves on the right side of history,” Mitsotakis said, starting from the Greek War of Independence, which celebrated its bicentennial last year but events were cancelled due to Covid-19.

Speaking of “special ties between the two nations during an era when our values are being tested,” the Greek leader said one should today replace the name Greece for the war of independence with Ukraine, where defenders of the city of Mariupol defended their city like the fighters of Missolonghi in 1826, preferring death over loss of freedom.

He highlighted the democratic values as NATO allies confront Russian aggression in Ukraine and told US lawmakers that their shared values “are once again being tested.”

“Our shared belief in freedom over tyranny, in democracy over authoritarianism, in the fundamental importance of respect for the rule of law over war and anarchy,” he said to applause.

Without naming Turkey, Mitsotakis referred to the “open wound” of Cyprus and the ongoing overflights of uninhabited and inhabited islands and islets and the violations of Greece’s national sovereignty.

“The language of nostalgia for an empire cannot continue. I ask you not to forget an open wound: I am referring to the invasion and division of Cyprus. This issue must be resolved in accordance with international law and UN resolutions. The same goes for all other regional conflicts,” he said.

He continued saying that “Greece always extends a hand of friendship to its neighbors, but there is only one framework for resolving our disputes with our neighbors, that of international law. We will not tolerate violations of our national sovereignty. Overflights over the Greek islands should stop immediately. “I urge you to take into account the risk of instability in the south-east wing of NATO when making decisions on the supply of military equipment to the region.”

Welcoming the Greek PM, Nancy Pelosi said that Greece has been a source of democratic principles since antiquity and an inspiration for America’s founders. She also expressed her appreciation for the US-Greece friendship through NATO and said the United States recognizes Greece’s role in helping Ukrainian refugees, fighting the coronavirus pandemic and acting on climate change. 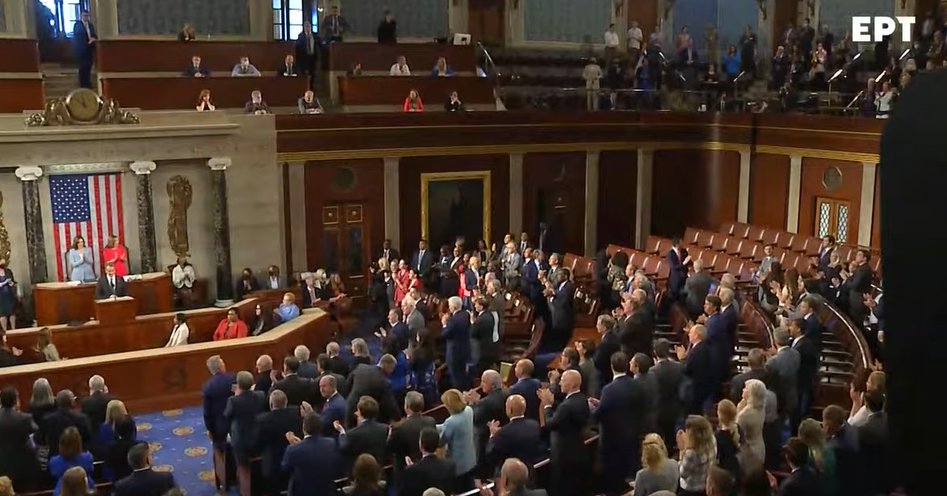 Members of the US Congress reacted with standing ovations.

At a meeting with US President Joe Biden on Monday, the Greek PM focused on the purchase of F-35 fighter jets, on energy, Ukraine and Turkey.