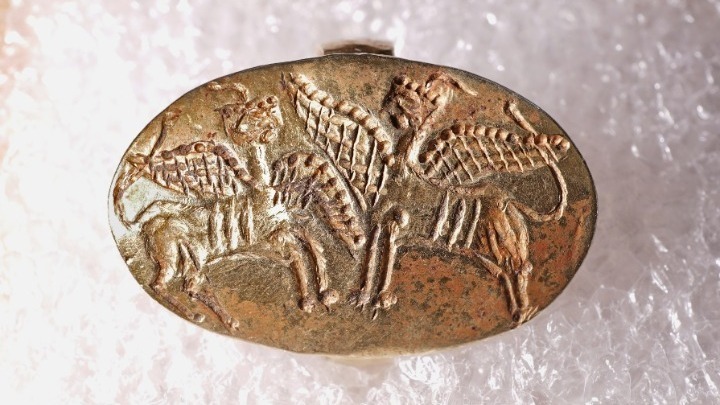 A gold sealing ring from the Mycenaean times, depicting a pair of sphinxes, was returned to Greece by the Nobel Foundation, in a ceremony held on Thursday, May 19 in Stockholm, the Culture Ministry in Athens announced.

The ring was found in 1927, during the excavations of the Italian Archaeological School in the Mycenaean necropolis of Ialyssos, Rhodes. 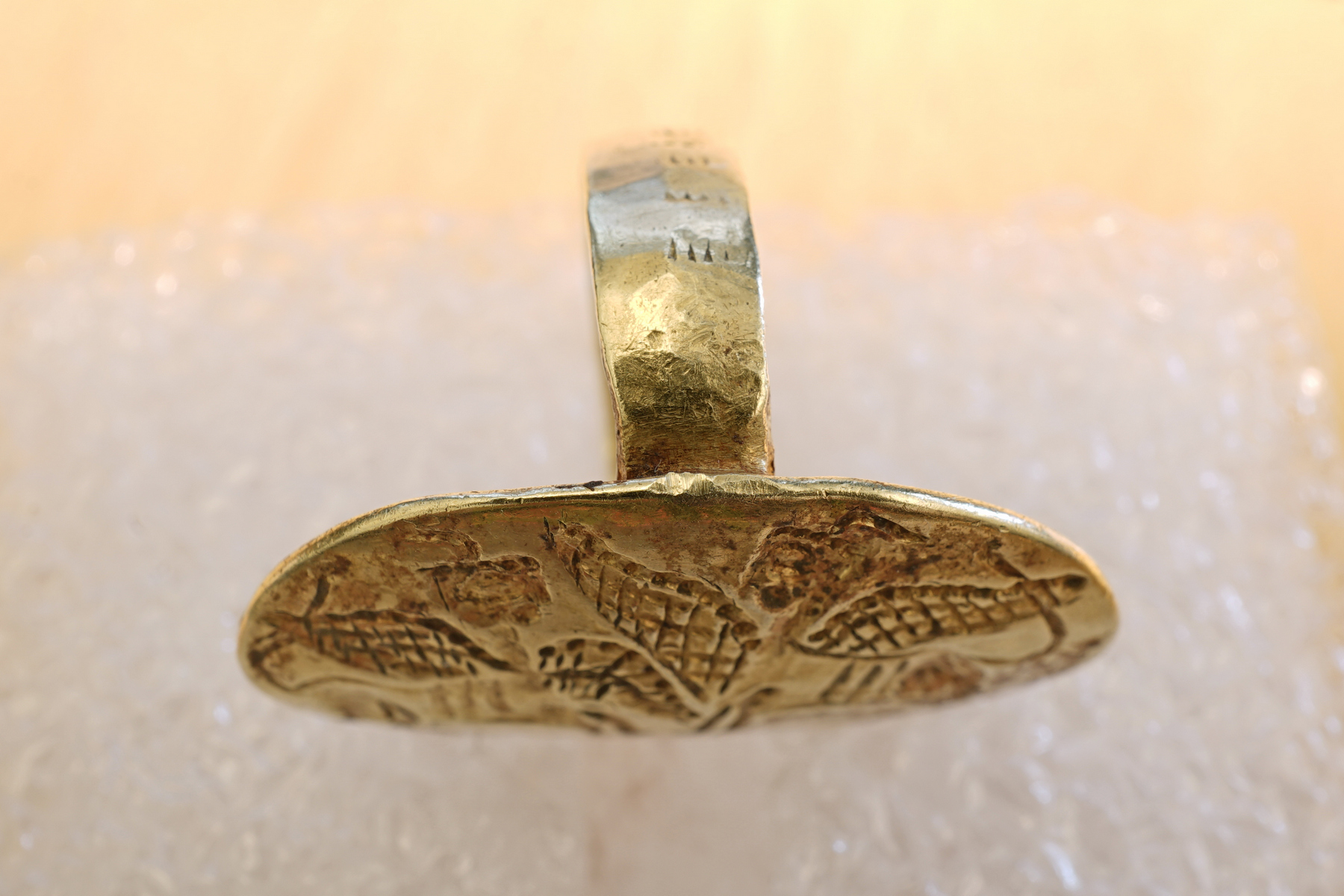 It was kept in the Archaeological Museum of Rhodes, as well as all the findings from the systematic excavations on the island.

During the Italian Occupation of the Dodecanese, the ring was stolen from the museum, along with hundreds of antiquities, most of them coins and jewelry, which have still not be found.

The gold ring of Rhodes was found in the USA, where in the 1950s or 1960s it was bought by the Hungarian Nobel laureate Georg von Békésy. After his death in 1972, von Békésy’s entire collection was donated to the Nobel Foundation and the works of art were donated to various museums, depending on their type.

The Mycenaean ring ended up in the Museum of Mediterranean and Eastern Antiquities, based in Stockholm.

In 1975, the then Director of the Swedish Museum and distinguished archaeologist Carl Gustaf Styrenius found that the gold sealing ring from the Mycenaean cemetery of Ialyssos was in the museum’s collection, he informed the competent Greek authorities, but the ring remained there for unknown reasons.

“It was obvious to us that the ring had to be returned. This work has a great cultural and historical value for Greece “, said Vidar Helgesen, Executive Director of the Nobel Foundation, who handed over the ring to Elena Vlachogianni, Head of the Department of Documentation and Protection of Cultural Property of the Ministry of Culture.

A gold sealing ring from Mycenaean times has been returned by Swedish authorities to the country it belongs in: Greece @cultureGR @GreeceStockholm @kulturdepSv https://t.co/F4weDr6mlA

Almost eight decases after its illegal removal, the gold sealing ring will be exhibited again at the Archaeological Museum of Rhodes.