Greece’s prominent Stavros Niarchos Foundation (SNF) announced on Friday the cancellation of a 4-million-euro grant to the Culture Ministry aiming protect archaeological findings due to “constant and systematic delays” in the project.

The SNF grant sought to help protect and showcase the archaeological findings in the Faliro Delta area which came to light in 2016 during excavationσ for the construction of the Stavros Niarchos Foundation Cultural Center and the new National Opera and the National Library.

The archaeological findings include a mass grave with over eighty skeletons of men buried in array laying in the area of South Athens for more than 26 centuries.

An amazing “polyandreio”, a mass grave for men who died and were buried at the same time. A whole Necropolis discovered in south Athens, with archaeologists to estimate the date  in the times of noble Athenian Cylon who staged a coup against Athenian rulers, around 632 BC. 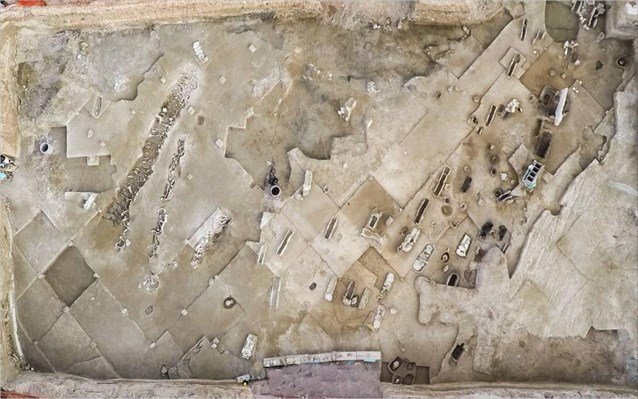 The Niarchos Foundation said in a statement that “after five years of continuous delays and inaction on the part of the relevant authorities,” it was “forced to withdraw the grant to support the design, construction, and outfitting of the Kelyfos Polyandriou exhibition pavilion.”

The SNF said it expressed its intention to the ministry fund the project in February 2017. The grant would have included the creation of a new building with museum infrastructure based on a design by architect Renzo Piano.

“From the beginning of the discussions between SNF and the ministry, progress on the project was characterized by constant and systematic delays,” the SNF said.

“These conditions led to a decision by the SNF board of directors to withdraw and cancel the grant, effective immediately.”

The SNF said that “if this project’s development reaches maturity in the future, we will be at the Ministry’s disposal to evaluate a new grant request with every good intention.”