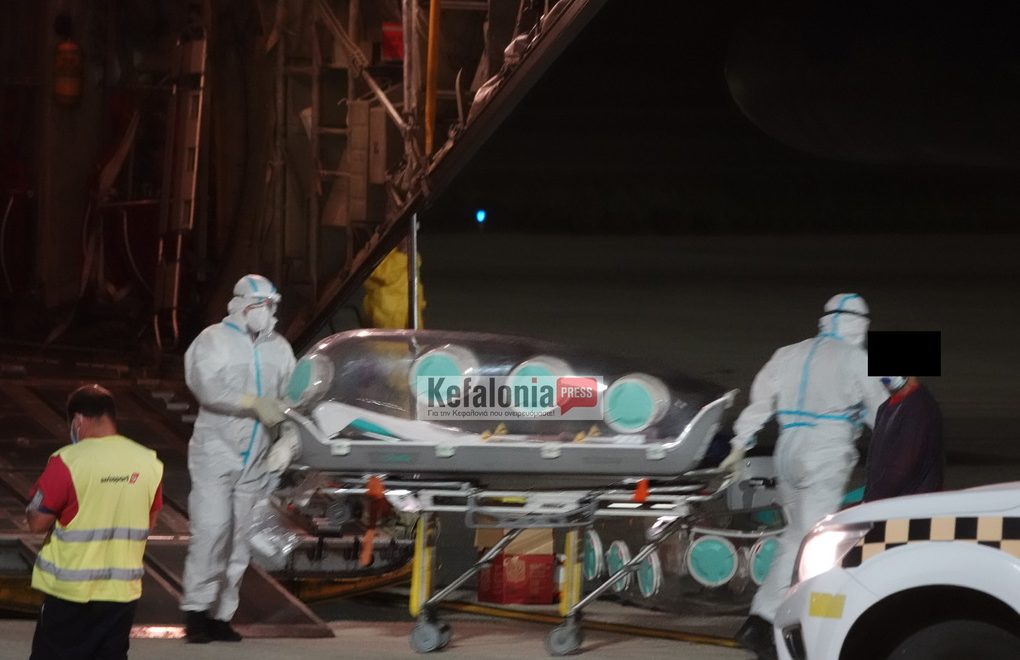 The foreign national currently treated in an Athens hospital is not infected with the monkeypox virus but with chickenpox, first results of laboratory tests showed on Sunday night. The 29-year-old tourist was considered the first suspected case of monkeypox in Greece.

In laboratory tests conducted at the Attikon hospital and at the special laboratory of the University of Thessaloniki, no monkeypox virus was detected. On the contrary, two repeated tests on the patient’s samples turned positive to the smallpox virus (varicella-chickenpox), media report citing an official announcement by Greece’s National Health Care Organization EODY late on Sunday.

Chickenpox virus, although it contains the synthetic -pox, is different from the viruses that cause smallpox or monekypox. There is a relevance regarding the symptoms and the appearance of skin lesions caused by Chickenpox and Smallpox, Monkeypox, EODY said further.

It added that “Chickenpox has been eradicated from the human population since 1980 and Chickenpox is a common disease that causes about 4 million infections in children. There is a vaccine available for Chickenpox and it causes a milder disease than Smallpox.”

Earlier, state broadcaster ERT reported that the patient was in good mood and with no fever, but he had rashes all over his body, rashes that made him a suspected case of monkeypox.

The man, who is reportedly a Romanian national living in London, was spending vacations with his girl friend on the island of Kefalonia.

He was transported in a special capsule on board of a C-130 aircraft from Kefalonia to Greek capital Athens on Saturday night.

For safety reasons, the man and his partner were hospitalized in negative pressure rooms.

His partner was and remained asymptomatic.

The suspected case set authorities on alarm, some health expert suggested the return of the face masks, others proposed a quarantine of 21 days for those infected as Belgium announced it would do.

World Health Organization (WHO) announced the list of countries where monkeypox cases have been confirmed or suspected. 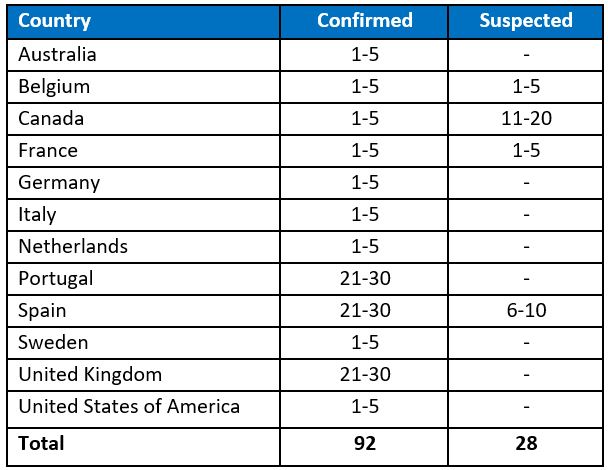 According to WHO announcement, while epidemiological investigations are ongoing, reported cases thus far have no established travel links to endemic areas. Based on currently available information, cases have mainly but not exclusively been identified amongst men who have sex with men (MSM) seeking care in primary care and sexual health clinics.