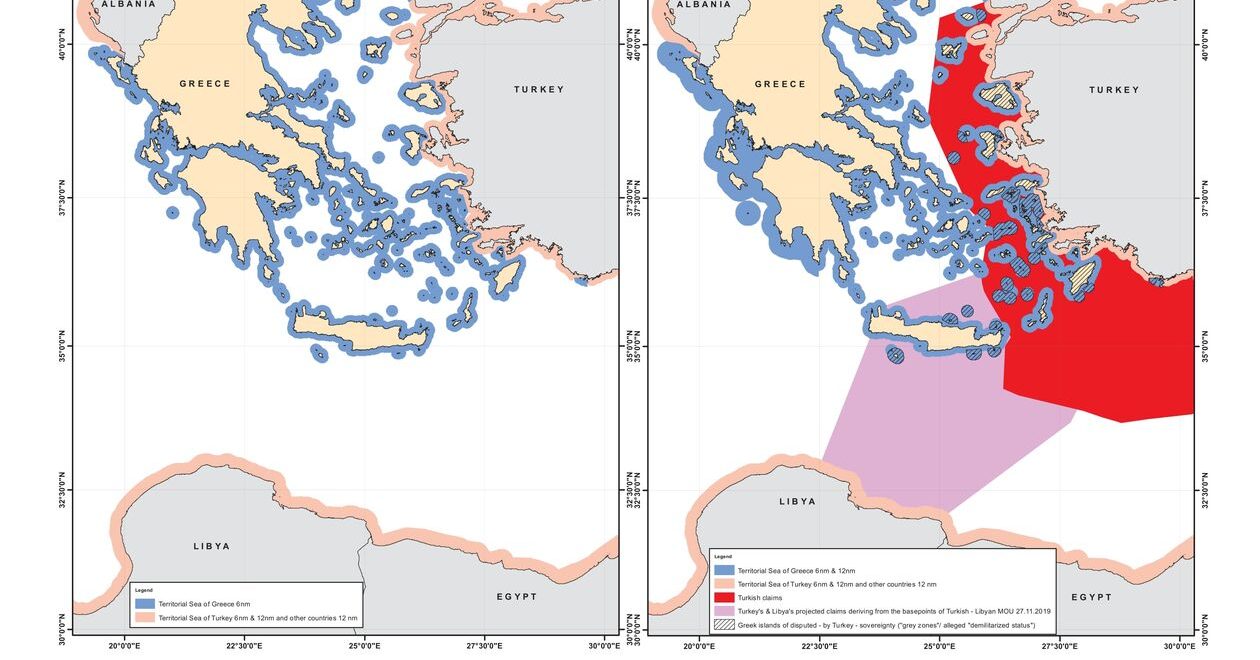 Greece’s Foreign Ministry uploaded a total of 16 maps “in an effort to increase the wider public’s awareness of Turkish revisionism,” as it said in a statement. “The attached maps depict in a vivid and irrefutable way the Turkish illegal unilateral actions and claims,” the Ministry added. 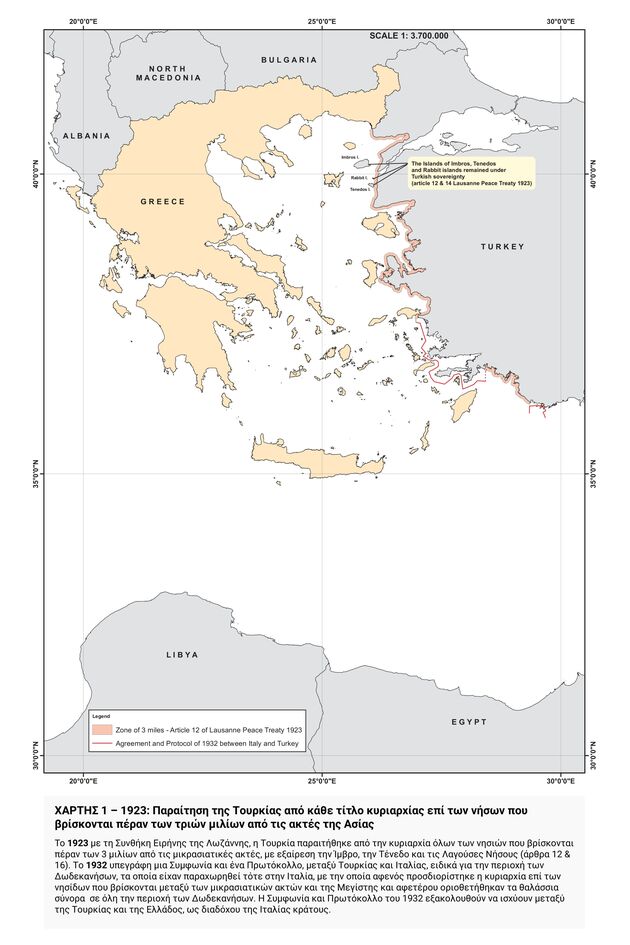 Greece-Turkey borders according to the Treaty of Lausanne 1923

The maps begin chronologically with the status quo enshrined in the Lausanne (1923) and Paris (1947) Treaties. 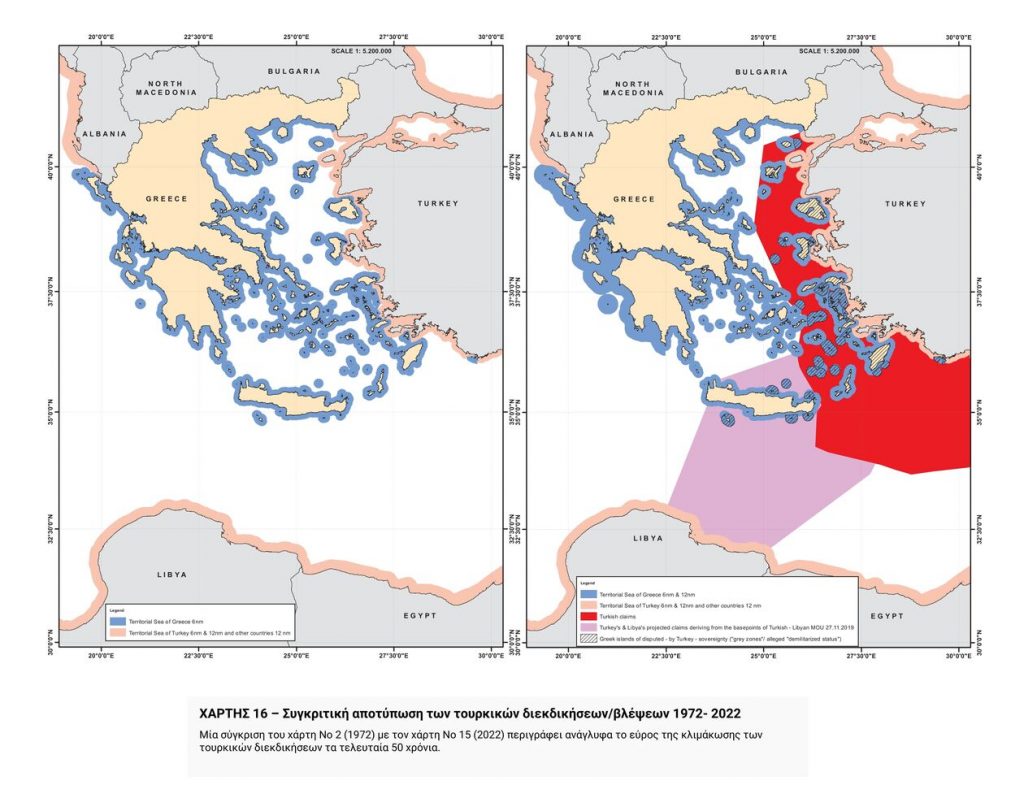 Turkish claims are then presented, beginning with the illegal licensing of the Turkish state oil company (TPAO) for exploration of oil fields in areas of the Greek continental shelf in the North Aegean in 1973, and continuing with the attempt to usurp  Greece’s  responsibility for Search and Rescue services in half of the Aegean in the 1980s, the “grey zone” theory in the 1990s, further  escalation with the granting of new licenses in the Eastern Mediterranean, the endorsement of the “Blue Homeland” as an official doctrine, the “Turkish-Libyan Memorandum”, reaching as far as the Turkish theory of the demilitarization status of the Aegean islands.

The above-mentioned maps document the extent of Turkish revisionism in order to upend the status quo, violating International Law and the International Law of the Sea, and threatening peace, security and stability in our region, the Greek Foreign Ministry concluded its statement. 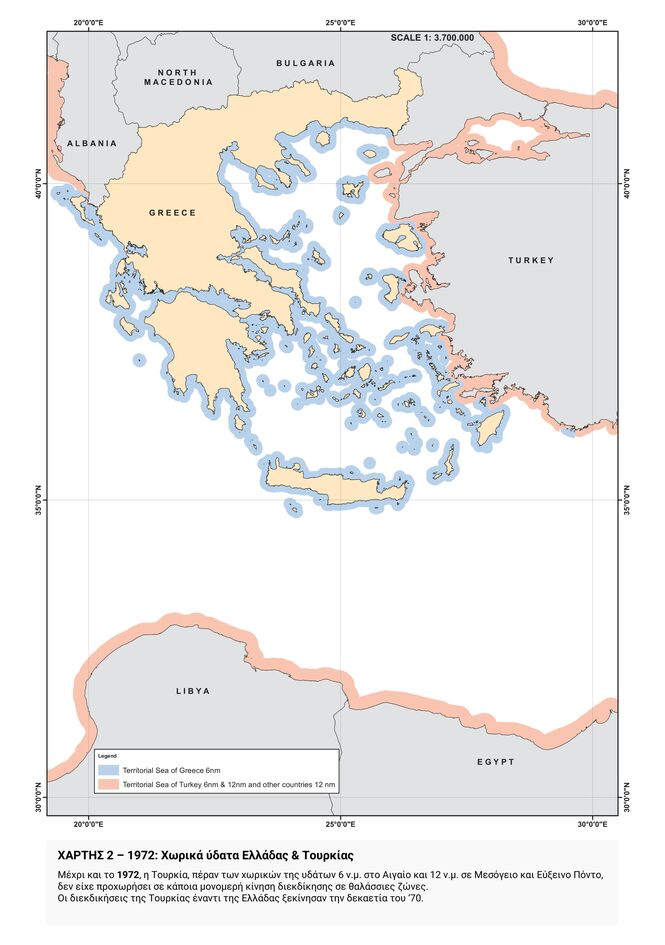 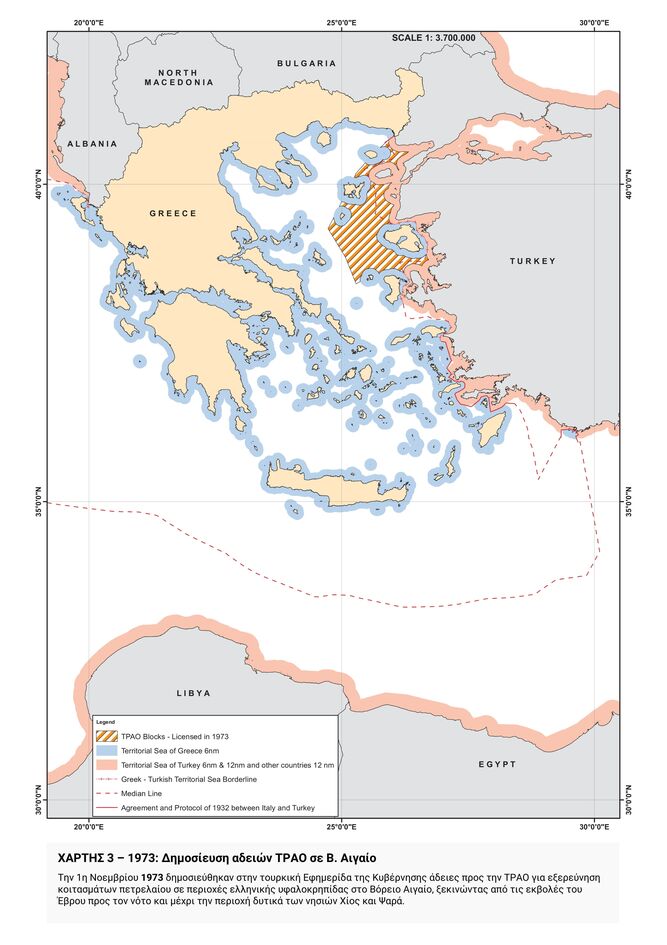 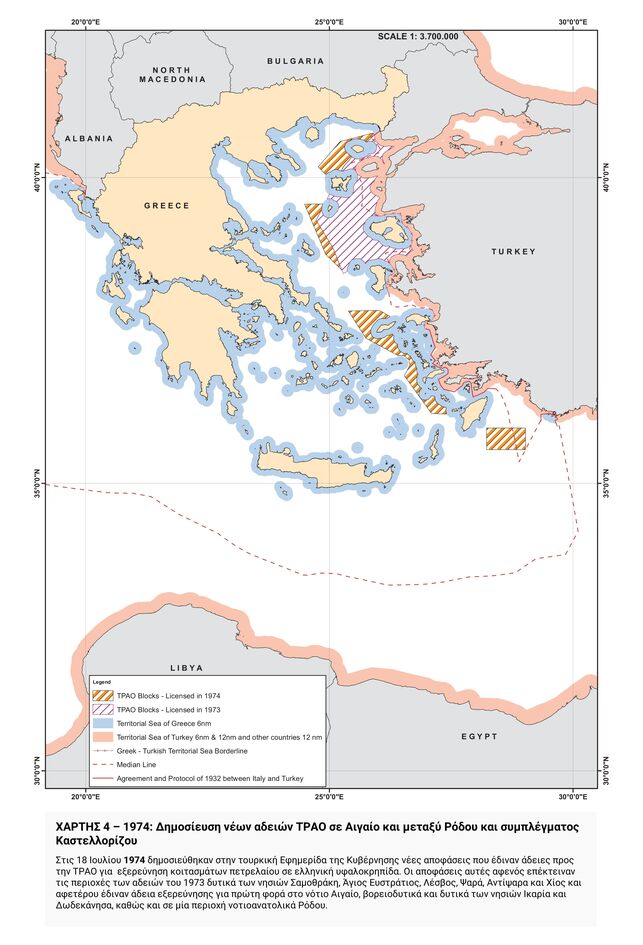 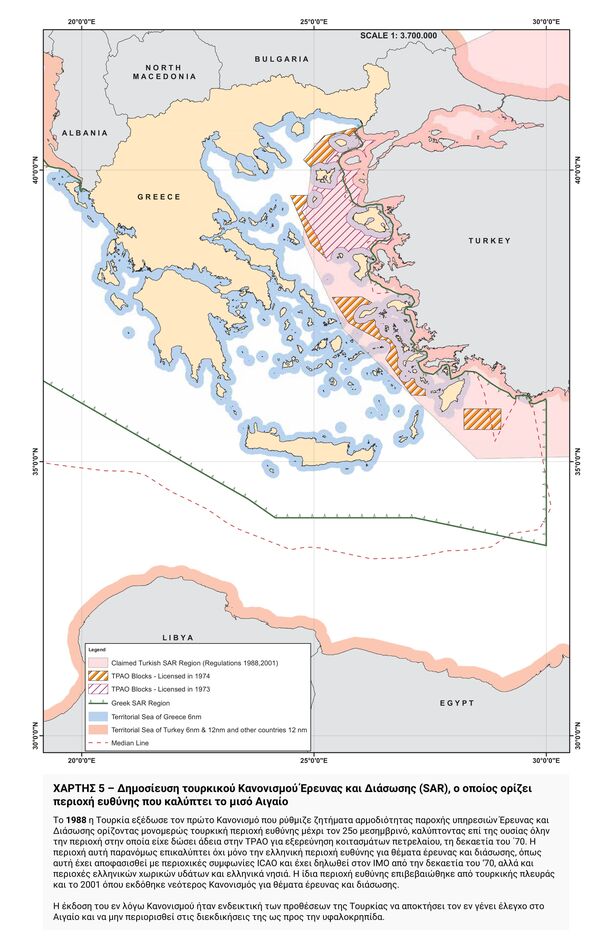 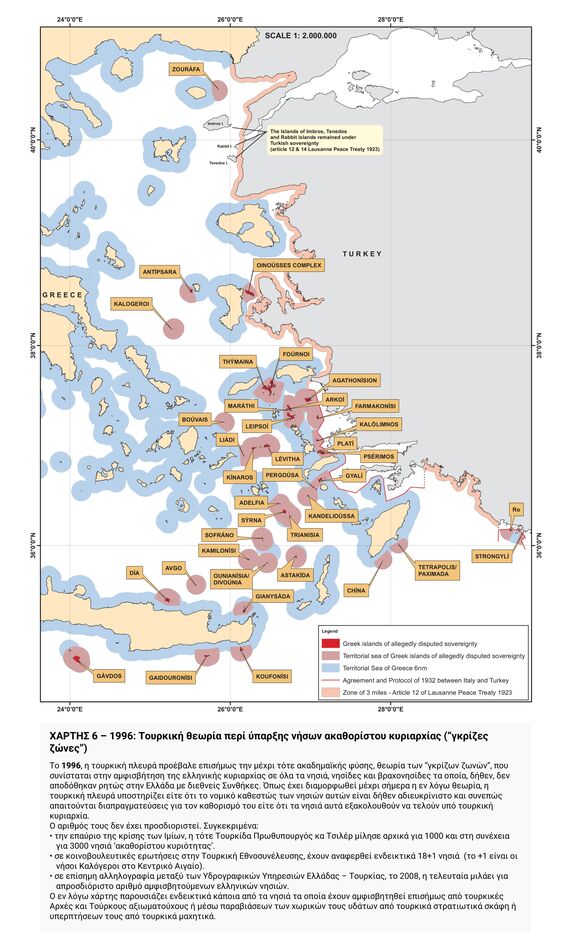 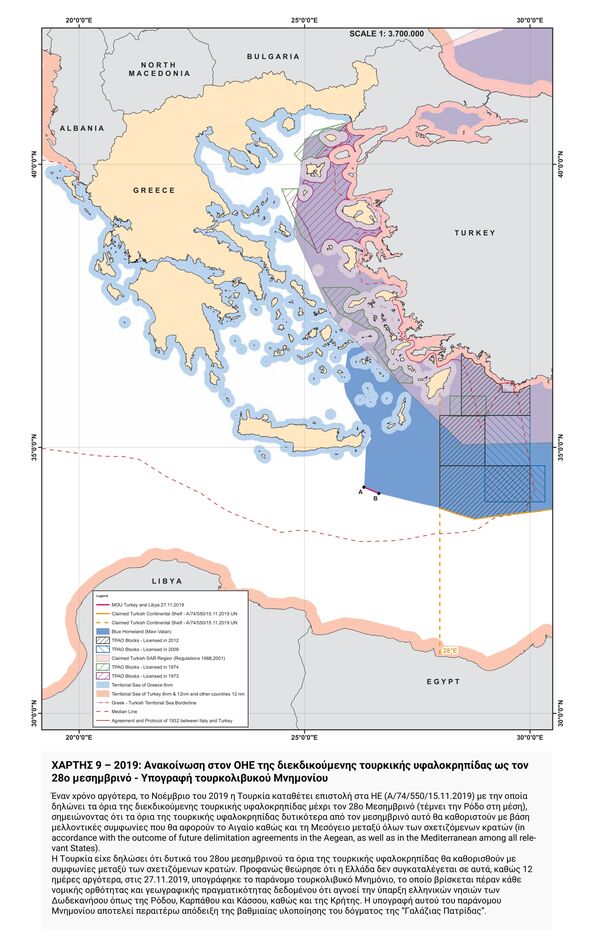 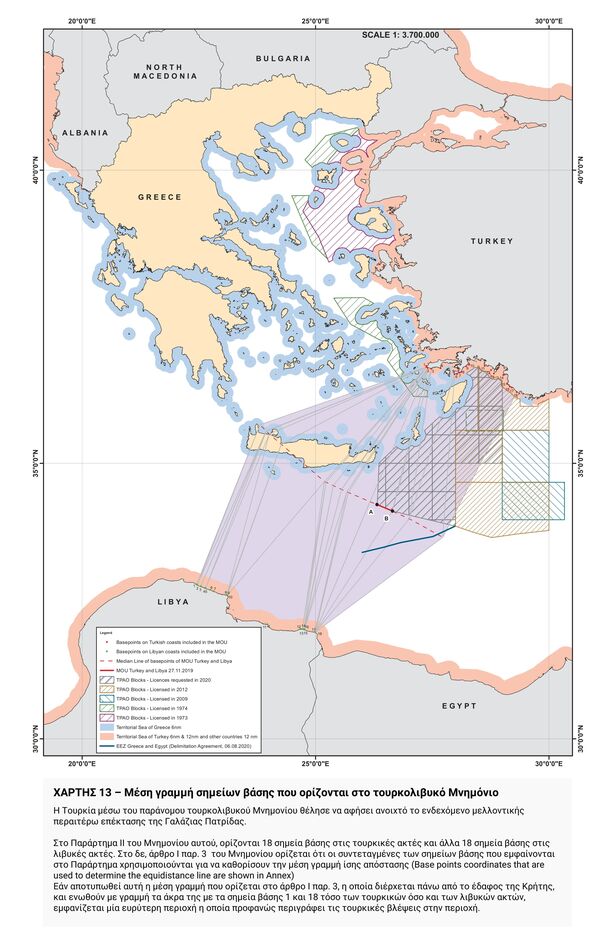 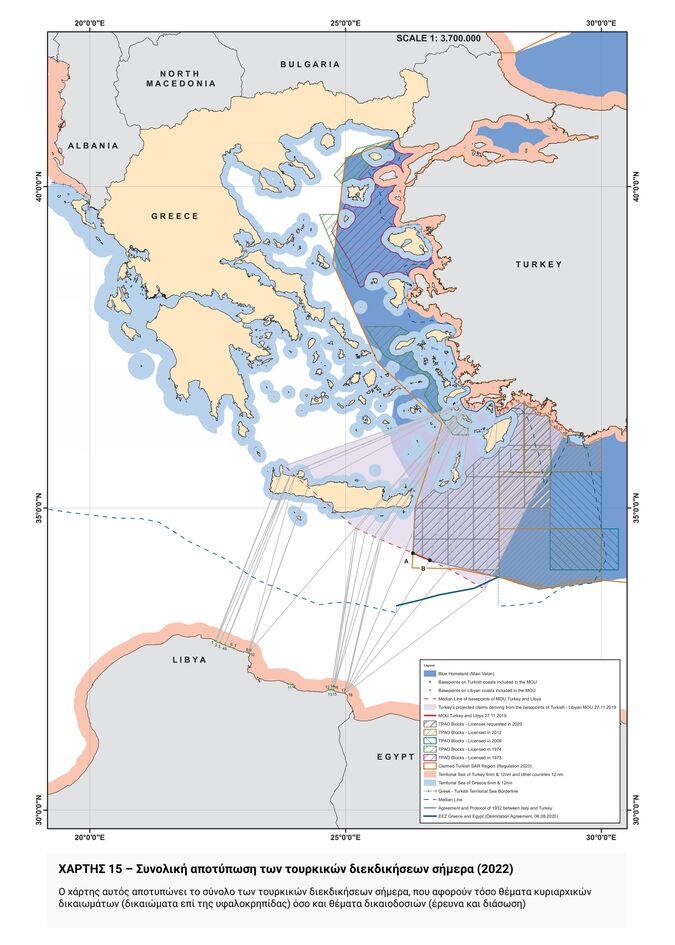 All 16 Maps in PDF with English explanation at the website of the Greek Foreign Ministry here.

The maps are uploaded as Turkey escalates day by day its aggression towards Greece and President Recep Tayip Erdogan threatened on Thursday: “Demilitarize the islands. I’m not kidding.” (more on a separate post)