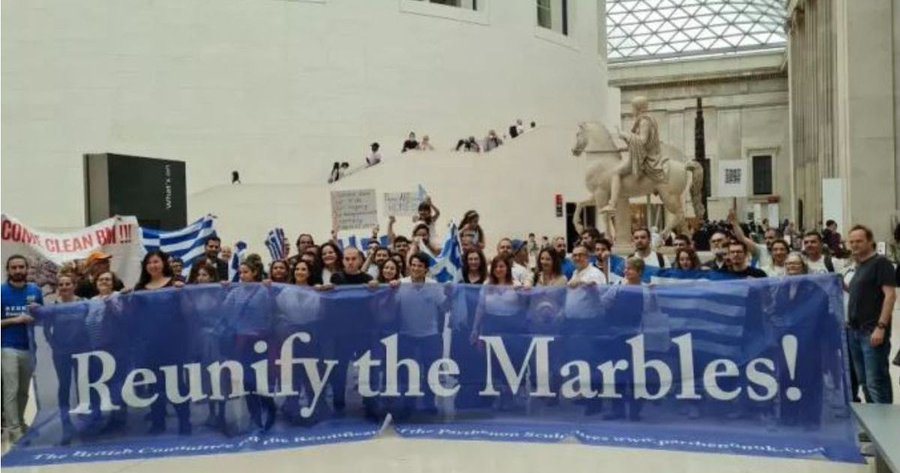 Greeks and Brits raised their voice and staged a protesters inside the British Museum hall where the Parthenon Marbles are displayed demanding for the return to Greece.

English author and honorary Greek citizen Victoria Hislop presented a cake with candles representing the 13 years since the inauguration of the Acropolis Museum in Athens and blew them, Skai TV reported. 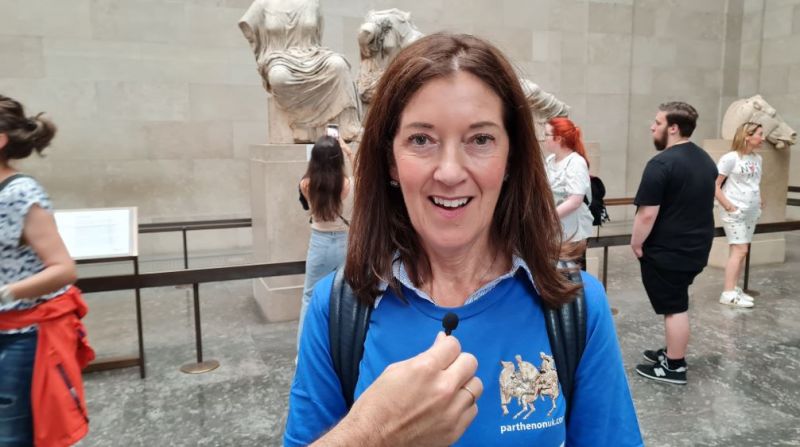 One of them, Labour MP Shami Chakrabarti, told Ta Nea that there couldn’t be a better moment for the reunification of the Parthenon Marbles. Another, SNP MP Dave Doogan said that the British Museum should do the right thing and return them to their lawful place and that not returning them is an insult to Greece. “We must explain that the return of the marbles is exceptional and would not constitute a precedent for…the return of other works of art,” he said.

One of the longstanding British arguments of not returning the marbles, removed by Thomas Bruce, 7th Earl of Elgin, and his agents over a period of several years (1801-12) from Athens, then part of the Ottoman Empire, was that there was no appropriate place in Greece to display them. But even after the Acropolis Museum was inaugurated, in 2009, the UK government and the British Museum Trustees have argued against the marbles’ restitution.

A few days ago, the curator of the British Museum, George Osborne, proposed the temporary share of the marbles with Greece, something that was not welcomed with enthusiasm in Athens.