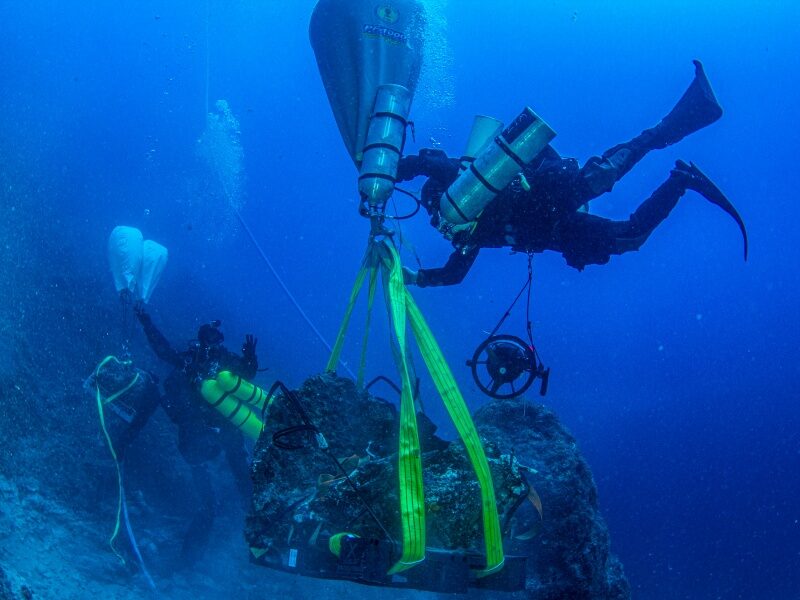 A greater-than-lifesize marble head of a man with a beard, which is identified as the Farnese type of Herculeswas found during the latest underwater excavation of the Antikythera shipwreck that dates to round 60 BC. The head could provide a fit with the headless statue no. 5742 at the National Archaeological Museum that was found by sponge divers in 1900, Greece’s Culture Ministry announced on Sunday. 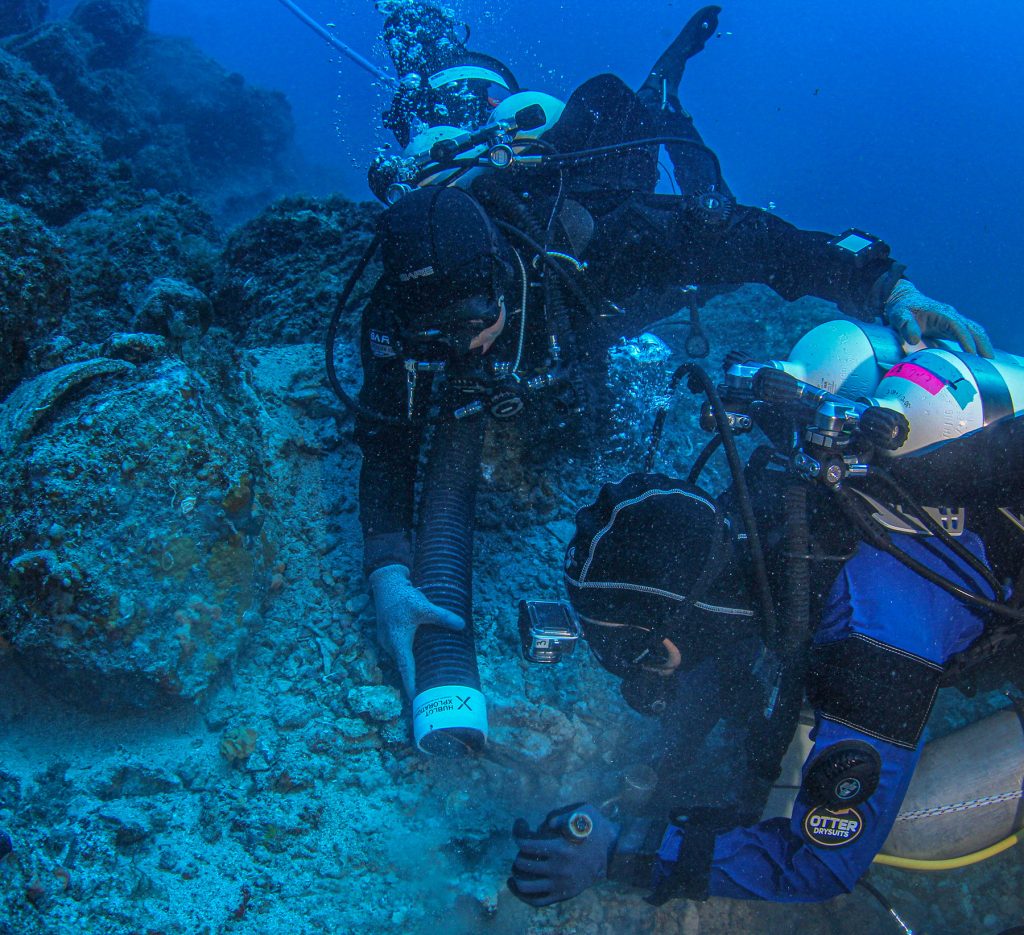 Listing the findings of the underwater excavation season May 23-June 15, 2022, the Culture Ministry noted “a big surprise to find two human teeth embedded in a compact mass with copper traces.” 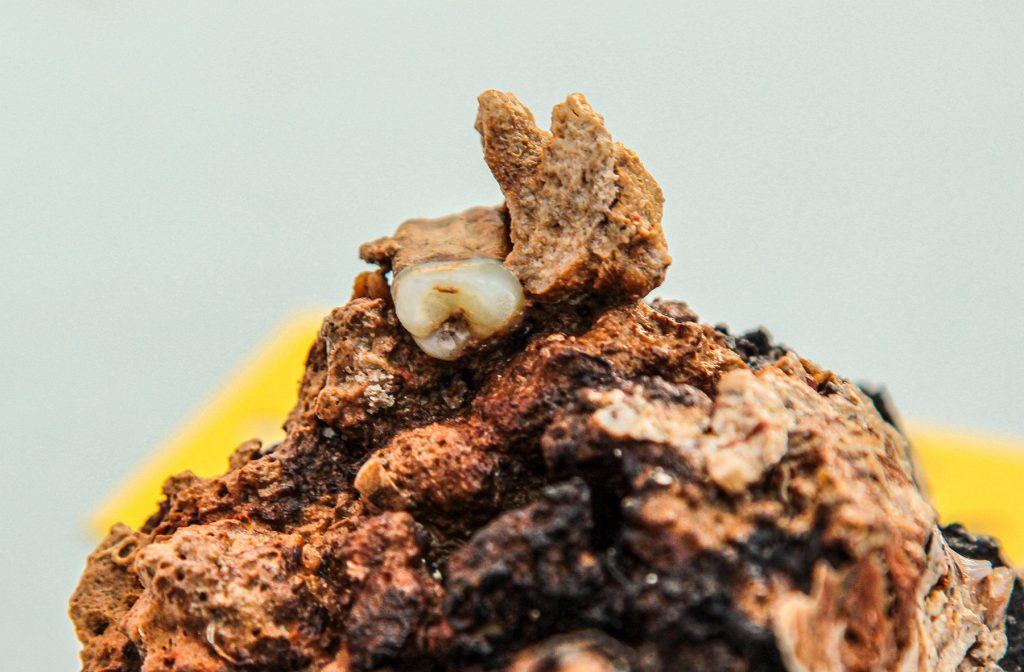 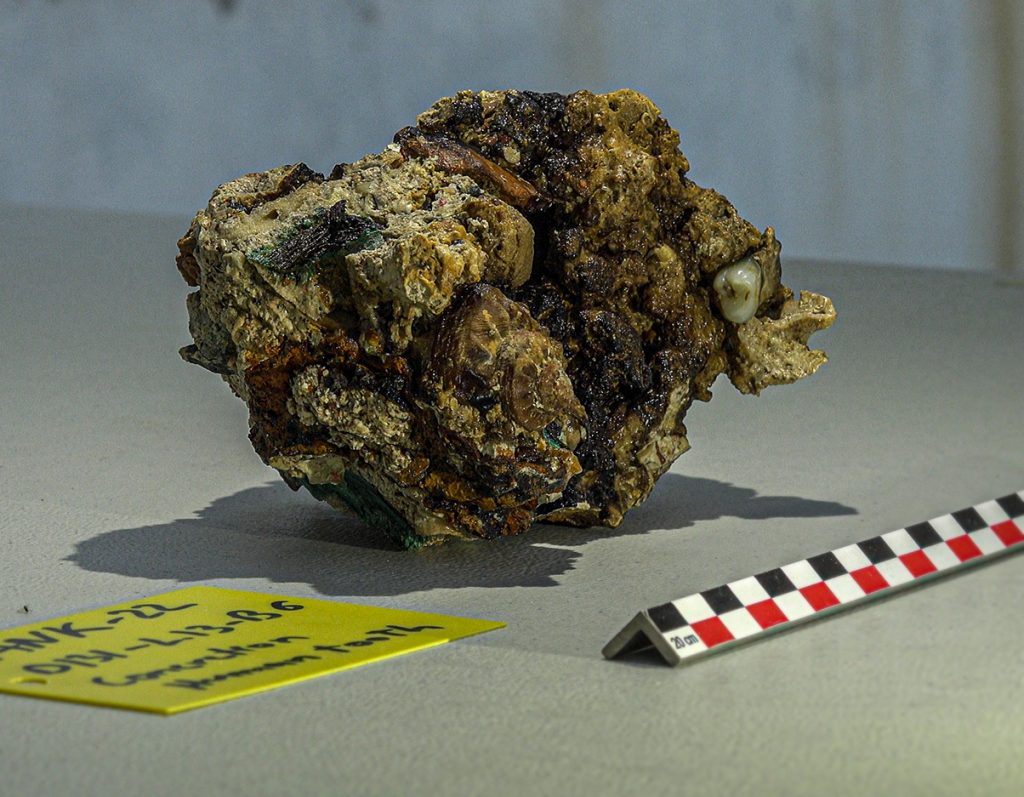 This year’s findings were discovered after massive rocks weighing several tons were lifted out of the sea and exposed parts of the shipwreck not visible to date, the Ministry added. 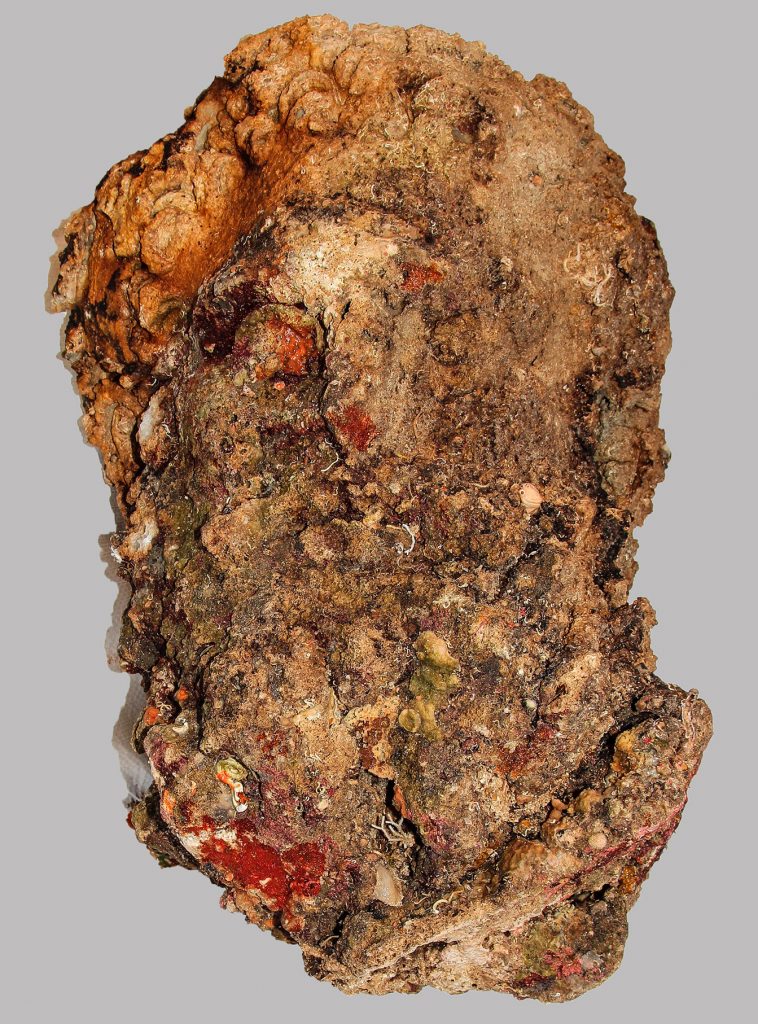 Found was also the marble base of a statue of which both bare lower extremities of human form are preserved, covered with a thick layer of frozen water. For this reason a detailed description is not possible. 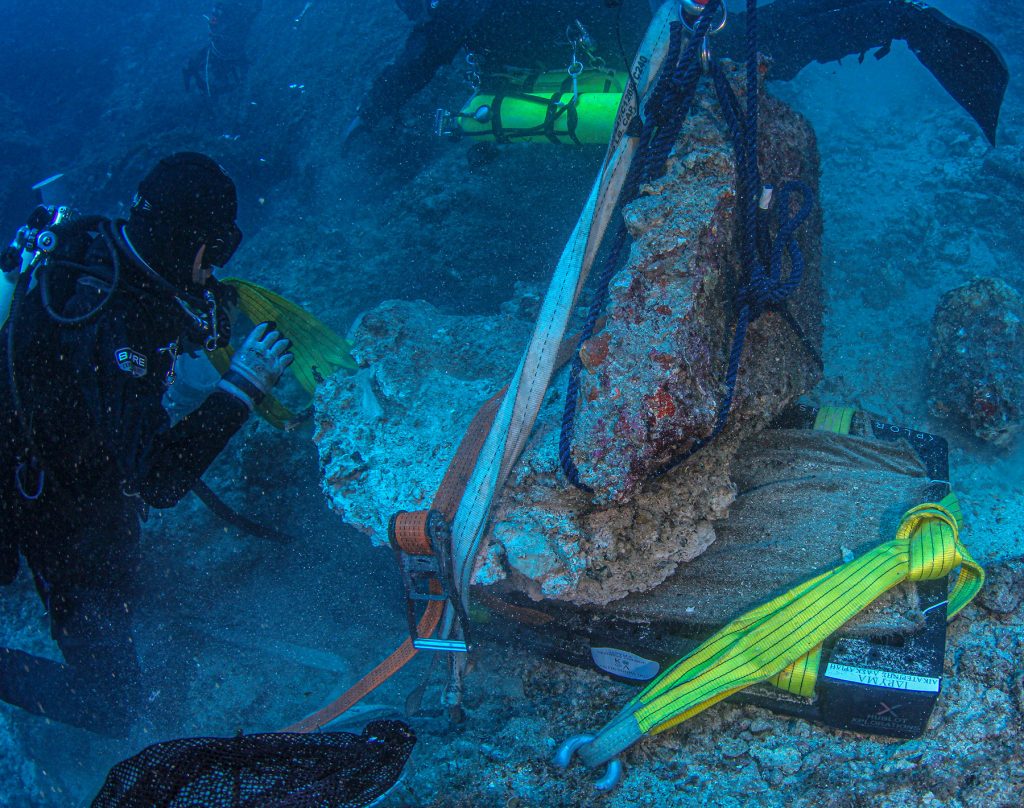 Preparing to lift the marble base.

Other findings included a lot of objects from the ship’s equipment, including copper and iron nails, ceramic and cooper objects and shapeless metal agglomerations covered by a crust of frozen water. 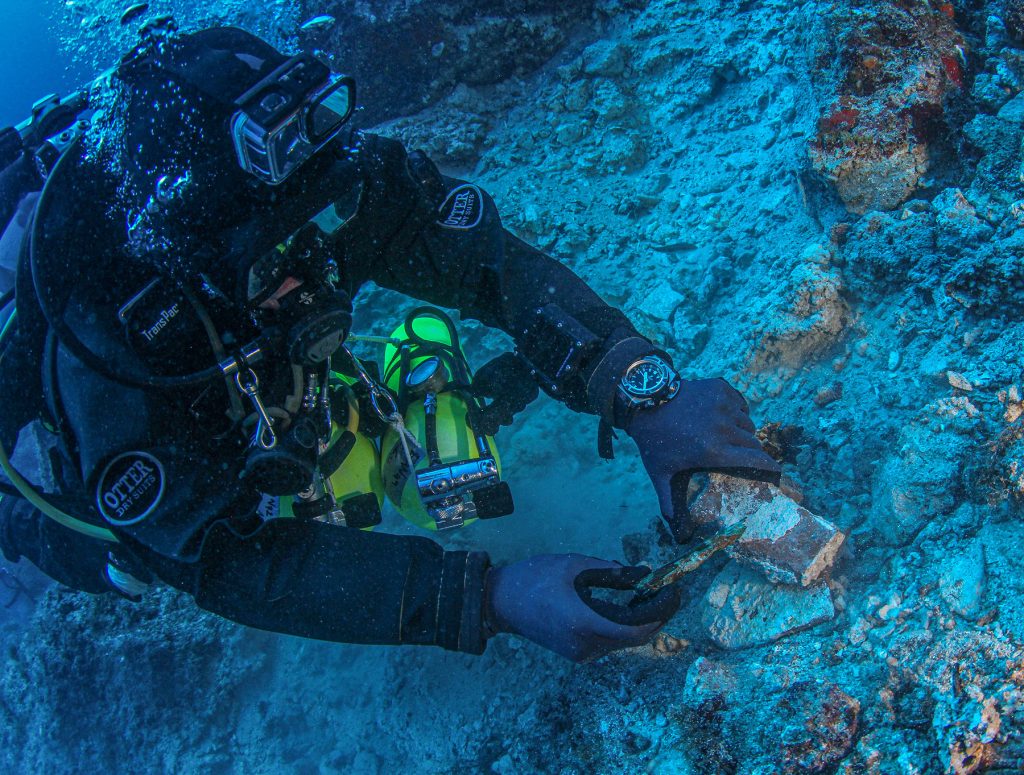 All objects have been transferred to the Ephorate of Underwater Archaeology for conservation.

Work took place with the help of a new system to remove the rocks by the Hublot Xplorations group, of the Swiss clocks company, and by the Swiss Archaeological School under the supervision of Greek and foreign archaeologists in collaboration with several Ephorates and archaeologists (including marine archaeologists), university professors from Greece and abroad (especially Switzerland and Italy), and the Port Authority and Hellenic Coast Guard divers, among others.

Funding and equipment was provided by Hublot, the Athanasios Lascarides Foundation (which also provided the special diving ship “Typhoon”), the University of Geneva, the Switzerland-based Nereus Research foundation, and Cosmote as communications sponsor.

The season is part of a five-year (2021-2025) excavation program at the well-known shipwreck that has yielded among other things the Antikythera Mechanism – an ancient calculation system – and several bronze and marble statues including the Antikythera youth, an iconic exhibit of the National Museum.

The Antikythera shipwreck, the richest ancient wreck ever discovered was discovered by Greek sponge divers in 1900. Following salvage operations by the Hellenic Navy that pulled out statues and the Mechanism, dives by underwater explorer Jacques-Yves Cousteau with the approval of the Greek government in 1976 and under the supervision of Greek archaeologist Dr. Lazaros Kolonas (who had dived only for three days in 1953), systematic excavations began at 2012.