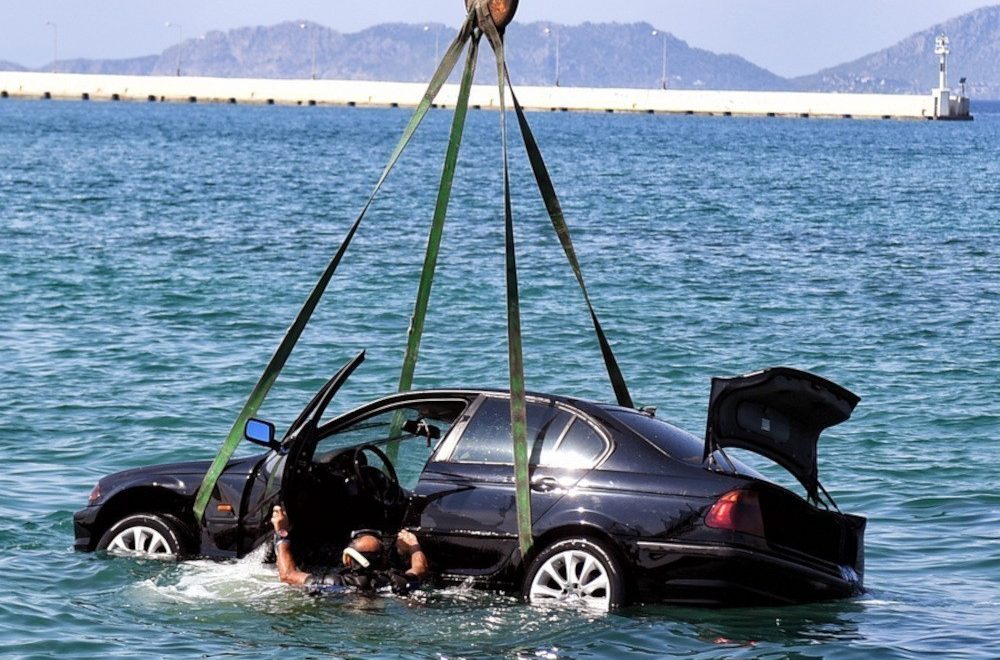 A family tragedy is behind the two passengers of a car that jumped into the sea in Neoi Epivates fishers’ port in Thessaloniki, northern Greece. The 72-year-old mother and her 50-year-old son decided to put an end to their lives on Monday noon.

It was a swimmer who saw the car at the pier increasing speed and falling into the water. He alerted police and other authorities. 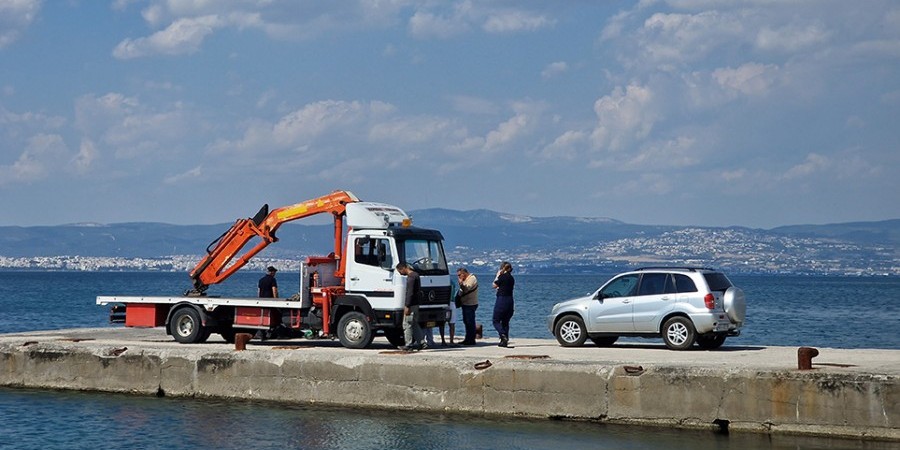 Divers, Coast Guard, Fire fighters and the rescue team EMAK rushed to the scene and launched an operation to retrieve the car from the water.

Video: retrieving the car form the water via thesstoday.gr

They did not manage to rescue the two passengers, though.

Mother and son were determined to put an end: they wore handcuffs they had connected to the steering wheel, they are tied with ropes with each other and had backpacks full of sand on their backs.

A coroner was at the scene when the car was car was lifted out of the water.

However, according to results of the first forensic examination on the spot, the passengers’ bodies did not show any traces of a fight or any other external violence. So far, no criminal act has been suspected.

An autopsy is to determine the exact causes of their deaths.

The first to identify was the man and soon turned out the second passenger was his mother.

It is unclear whether they had IDs with them.

According to local media Thestival, the suicide was the dramatic epilogue of a tragic family story.

Two years ago, the other son of the family had taken his own life.

Short afterwards, the father of the family passed away, unable to cope with the loss of his son.

Behind were left the mother and the other son.

According to eyewitnesses, the car was moving on the coastal road, stopped for a while and then the driver pressed the accelerator and threw the vehicle into the sea.