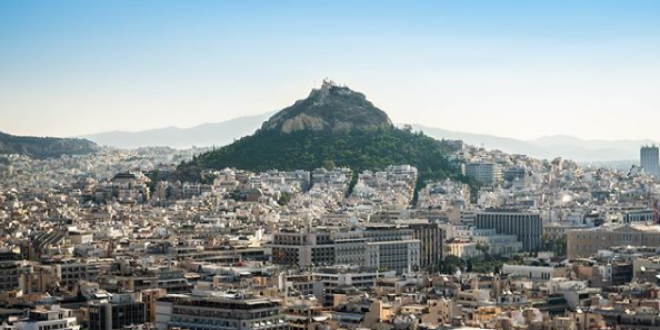 Air quality in Athens is only “moderate,” according to air pollution data published on Monday by the European Environment Agency (EEA). More than 340 European cities are included in the map based on data collected from measuring stations across the bloc.

Athens ranks 227th in the list. Moderate is for levels above 10 and not exceeding 15 μg/m3;

The cleanest cities in terms of air pollution over the last two years (2020-2021) are Umea in Sweden and Faro and Funchal in Portugal.

344 cities are included in the European city air quality viewer. Cities are ranked from the cleanest to the most polluted based on average levels of fine particulate matter (PM2.5). The data behind the ranking was collected from over 400 monitoring stations across EEA member countries over the past two calendar years.

From 2020 to 2021, air quality was good in only 11 cities, meaning that levels of PM2.5 were below the World Health Organization’s (WHO) health-based guideline for long-term exposure to PM2.5 of 5 micrograms per cubic meter of air (5 μg/m3). The guideline was exceeded in 97% of the 343 European cities included in the viewer.

In contrast, the European Union’s (EU) annual limit value for PM2.5 of 25 µg/m3 was only exceeded in the three most polluted cities, including Nowy Sacz, Poland, and Cremona and Padova in Italy, highlighting the difference between the WHO guideline and the EU standard.

The European city air viewer can be used to check how the air quality was in European cities over the past two years. The viewer focuses on long-term concentrations of PM2.5, as long-term exposure to air pollution causes the most serious health effects, and PM2.5 is the air pollutant with the highest impact on health in terms of premature death and disease.

Under the National Emission reduction Commitments (NEC) directive, EU Member States are required to meet national commitments to reduce emissions for five air pollutants in order to deliver clean air for human health and the environment. Under the Directive, the year 2020 saw a transition to a new, more ambitious set of national emission reduction commitments.

The EEA analysis is based on the latest air pollutant emission inventory data, as reported by Member States in February 2022. It constituted the first opportunity to assess emission reduction performance against the 2020-29 emission reduction commitments.

Referring to the Greek capital’s air quality, the director of atmospheric chemistry at the National Observatory of Athens, Evangelos Gerasopoulos, stressed that “it has become much better in recent years, but there is still a lot of room for improvement.” daily kathimerini reported.

Since 2019, the Observatory has set up over 100 air quality monitoring stations across the country.

“Greece is located in a region with a high air pollution background due to neighboring Eastern European countries, while meteorological conditions also favor the transfer of pollution across borders,” Gerasopoulos added.