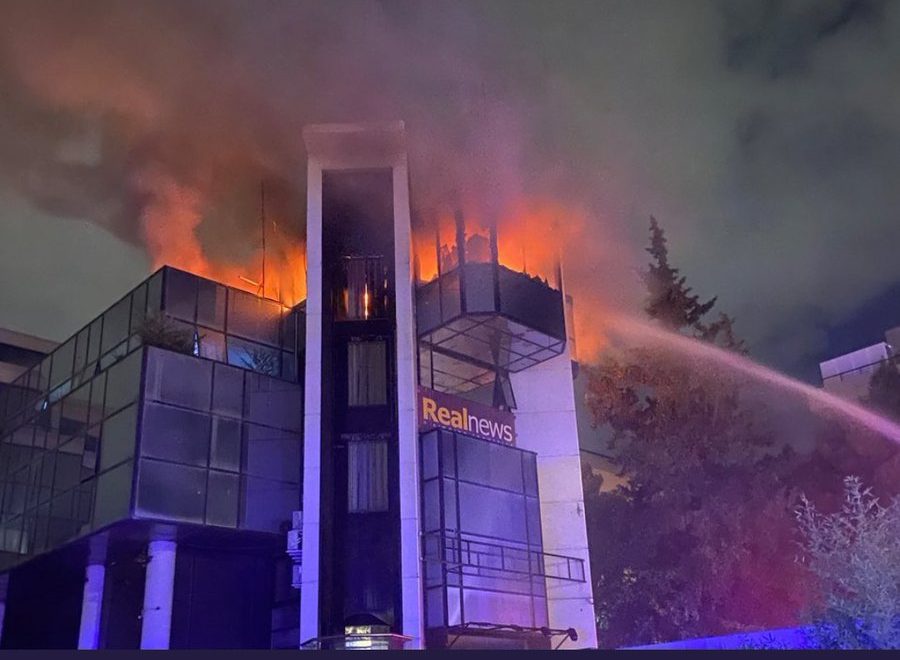 An anarchist group calling itself “Thousands of Night Suns” has claimed responsibility for the arson attack against the offices of Greek radio station and newspaper Real Media Group in the northern Athens suburb of Maroussi on July 13.

In a statement posted on an anarchist website, the group said the attack at the building was meant to mark the two-year anniversary of the death of 26-year-old Vassilis Mangos.

Media reports had suggested that Mangos’ death was the indirect result of a brutal beating he allegedly sustained when riot police tried to quell a protest rally in his native Volos, in central Greece, in early June 2020.

A coroner later ruled that his death could not be attributed to any violence he may have suffered at the hands of police and that Mangos died of respiratory failure from an acute pulmonary edema.

No one was injured in the July 13 attack at Real News media group, although a radio station sound engineer was evacuated and treated for smoke inhalation.

In July last year, the same group carried out an attack against a Ford dealership in memory of the George Floyd uprising, daily kathimerini reported.

The founder of child charity “Ark of the World” priest Antonios Papanikolaou, his wife and …