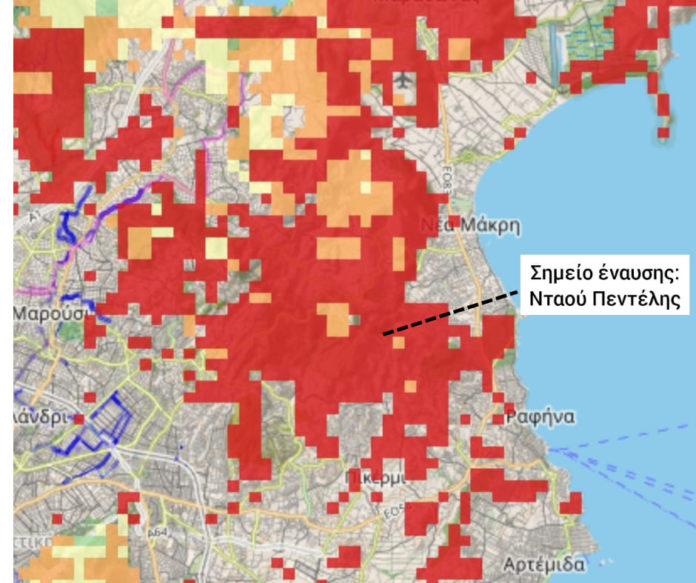 The National Observatory of Athens had warned since July 18 about the risk of a fire breaking out on Penteli mountain and Attica, already a day earlier, on July 18, 2022.

Among the areas that were in danger was Daou on Penteli Mt. where the fire broke out at 5:15 p.m. on Tuesday and got out of control due to the strong winds blowing in the area, thus constantly changing direction. 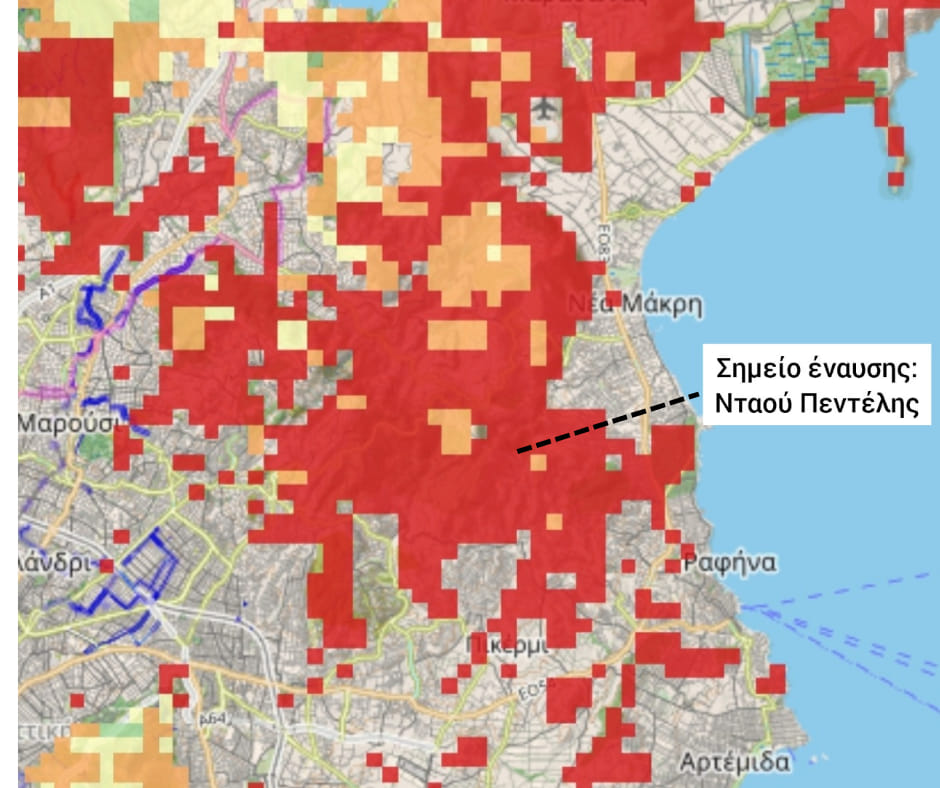 “The starting point of the fire that is developing in Penteli is located in one of the areas that were marked as very high risk according to the daily fire forecast model of the BEYOND Operational Unit of the IAADET/EAA issued on at 16:00 on July 18, 2022,” the National Observtory of Athens said in statement posted on Facebook.

“We continue to offer our services for timely information and assessment of the disaster situation to the units and agencies fighting in the field of combating the fire with the hope that the problem in the area will end and be contained as soon as possible. Good luck to the heroic firefighters,” the Athens Observatory stressed.

The model was developed in 2020 and predicts the fire risk for the next day on a pan-Hellenic scale with a spatial resolution of 500m. 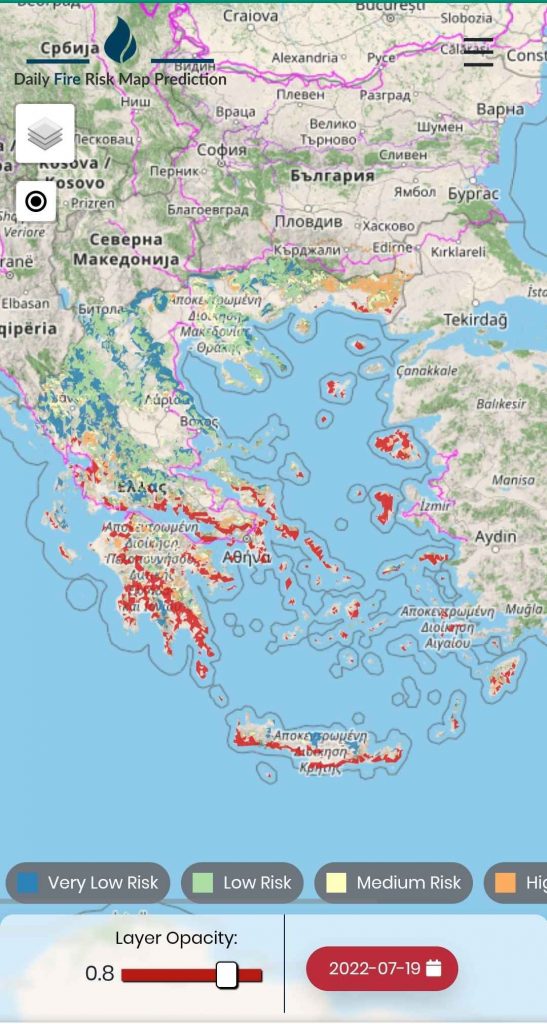 The fire in Daou on Penteli Mt – details on KTG here spread quickly resulting in the evacuation of thousands of people, 45 citizens in hospitals, over 30 burned down or damages houses and businesses (registration is currentlyongoing), over 20,000 acres of burned green land and killed wildlife.