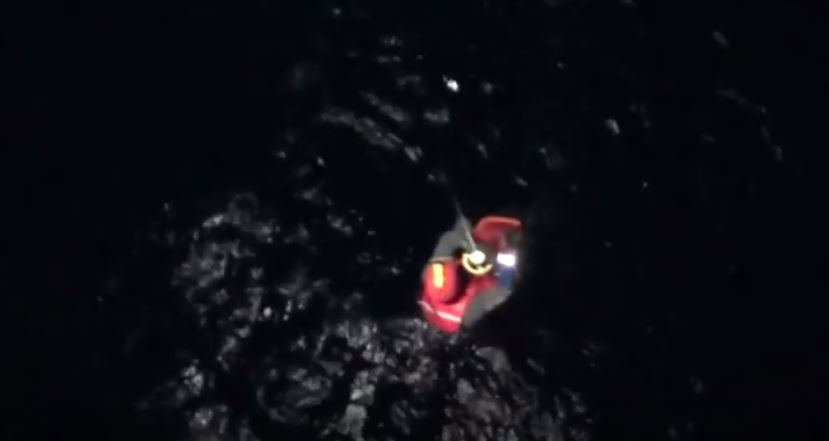 A tragedy is unfolding off Rhodes where dozens of people are missing after a boat carrying migrants sank 38 nautical miles south of the island in the eastern Aegean Sea. So far, 29 people have been rescued, another 50 are missing.

A Search and Rescue operation was launched by the Greek Coast Guard after it received a distress signal in the early morning hours of Wednesday.

Winds are blowing in the area with intensity of 5 to 6 Beaufort.

The rescued have told authorities that a total of 80 people were onboard of the boat that was sailing from Turkey to Italy.

Early Wednesday afternoon, the SAR operation continues but with any positive results.

A video released by the Greek Coast Guard shows the rescue of 29 people amid rough sea in the darkness of the night.

The rescued are all men of several nationalities, many of them from Iraq and Afghanistan.
Only a small number of them were wearing life jackets.
The boat had left Antalya two days ago for Italy, the survivors said.
The SAR is taking place in international waters and within the Greek jurisdiction.