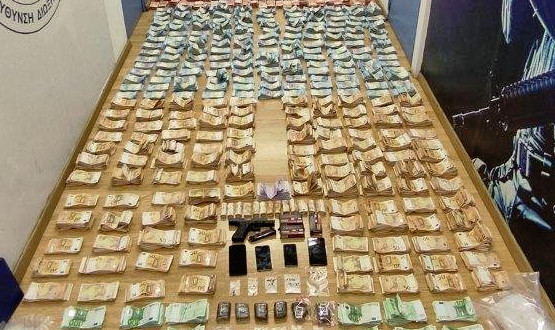 Greek Police seized a total of 1,513,555 euros in cash and amounts of cocaine, cannabis and other drugs, in the car and in the home of a 34-year-old former reality TV  show contestant who forcibly drove into a courthouse parking lot in Athens  on Saturday morning.

1.2 million mostly in small banknotes was in a suitcase the man had in his car, another €300,000 was subsequently recovered in a raid on the man’s home in Ilioupoli suburb of south Athens. 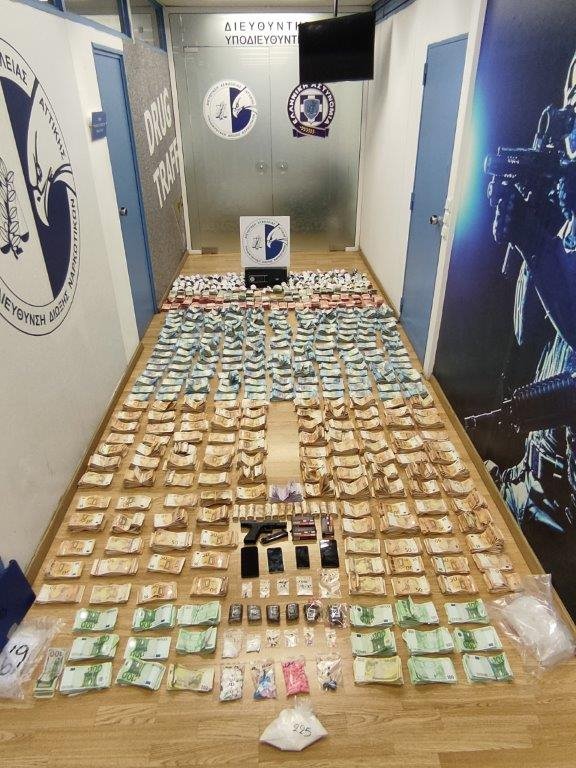 Soon after he crashed his way into the car park of the Court of Appeals in Athens, the man, who was a contestant on the Greek Idol show in 2010, went to a police guard and declared that he wanted to hand himself in and that he had a lot of money, drugs and explosives in his car.

Bomb-disposal experts initially scanned the vehicle for explosives. Anti-narcotics officers then took over and found approximately €1.2 million in a suitcase, and a quantity of cocaine, in the car.

A search of the man’s house in the Athens district of Ilioupoli yielded another €300,000 and other incriminating evidence.

The man was led before a prosecutor who ordered his admission into a psychiatric clinic for evaluation.

Police investigates the source of the money.

Speaking to media, his lawyer said that the man will admit that he was under the influence of drugs and that the money is not product of illegal trading.

“The money has nothing to do with drugs, it is saving and family assets,” his lawyer said according to cnngreece.