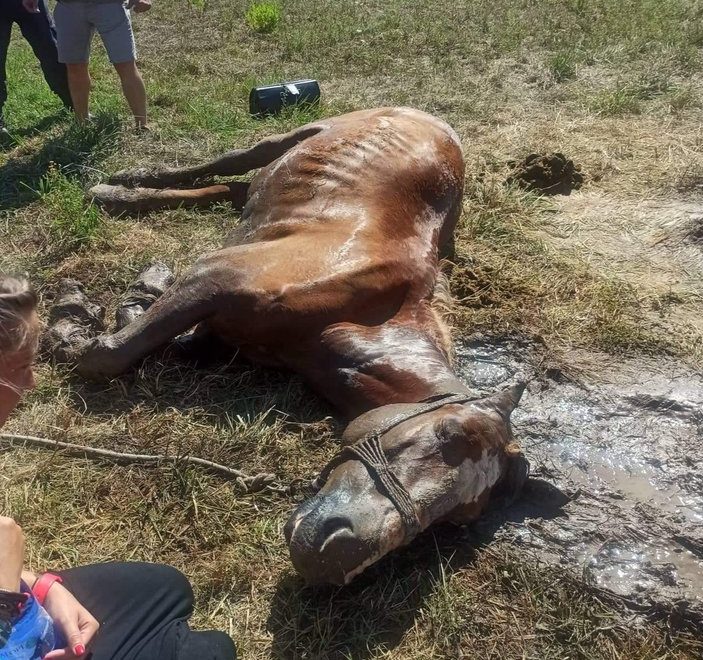 An emaciated horse was left to die by its owner in Sidari village on the island of Corfu. The poor animal was tied, with no access to water or even a shade under the hot sun.

Tourists for a nearby hotel tired to help with water and shade but in vain. 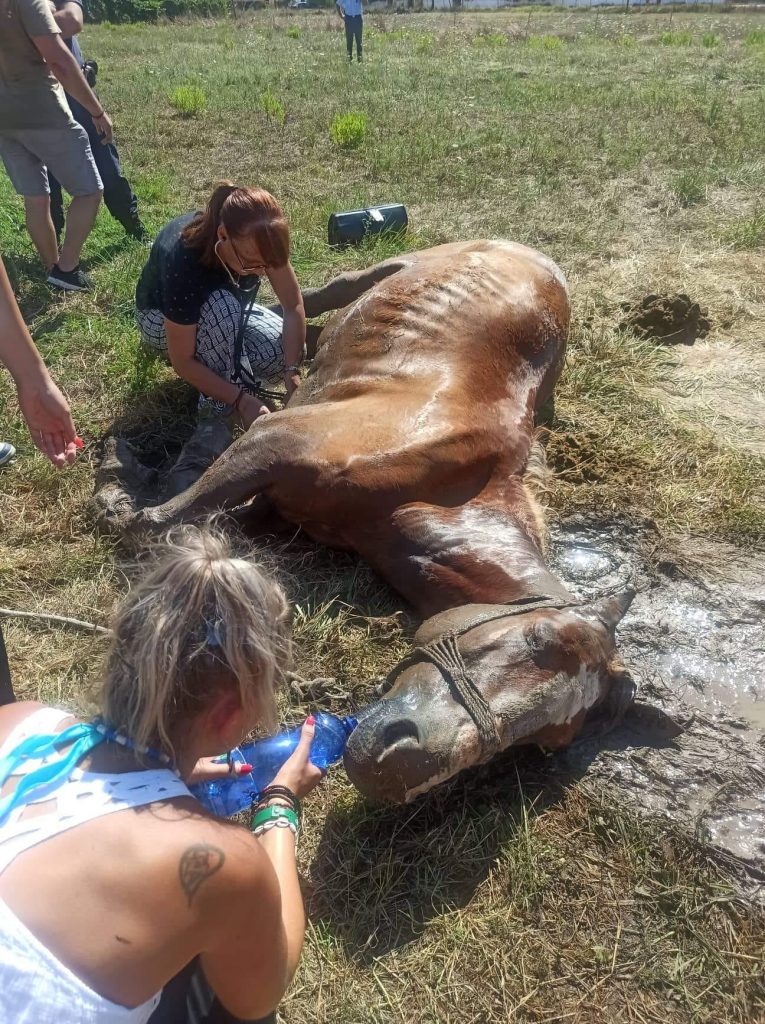 A little water, some shade: drops of comfort for a dying horse 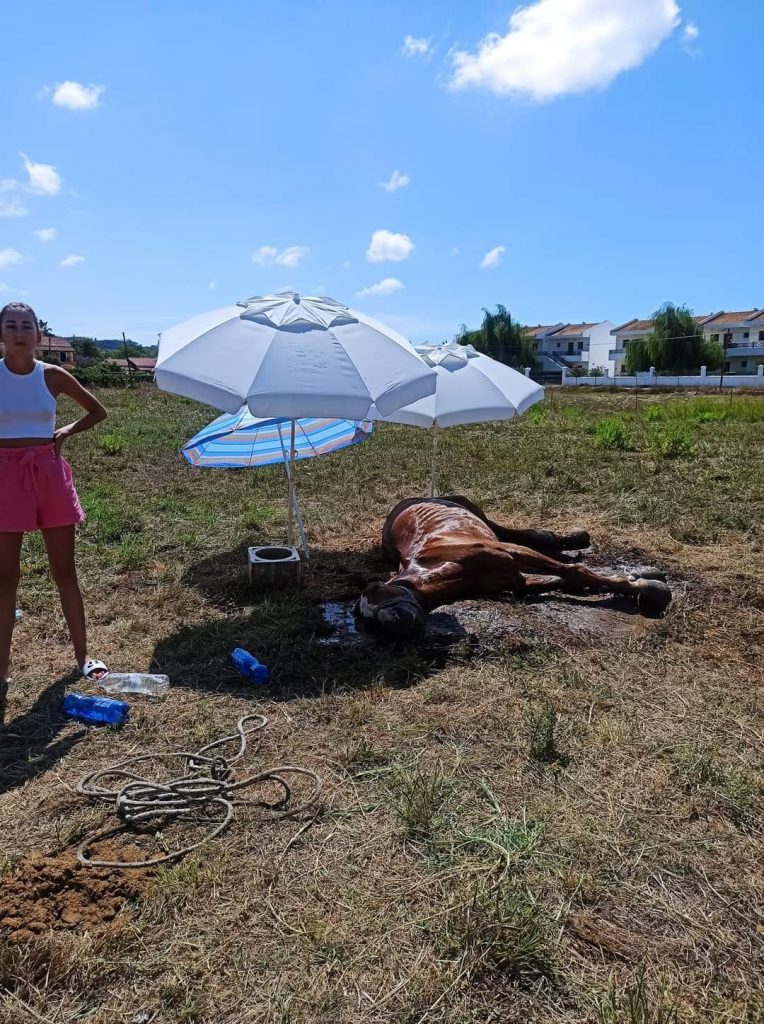 They called police but when officers arrived they said they could not do anything.

The horse died suffering a horrible death, even if in its last moments on this cruel planet it was surrounded by caring people.

The case, the pictures and the video have been made public by Patrycja Podhorodecka on Facebook 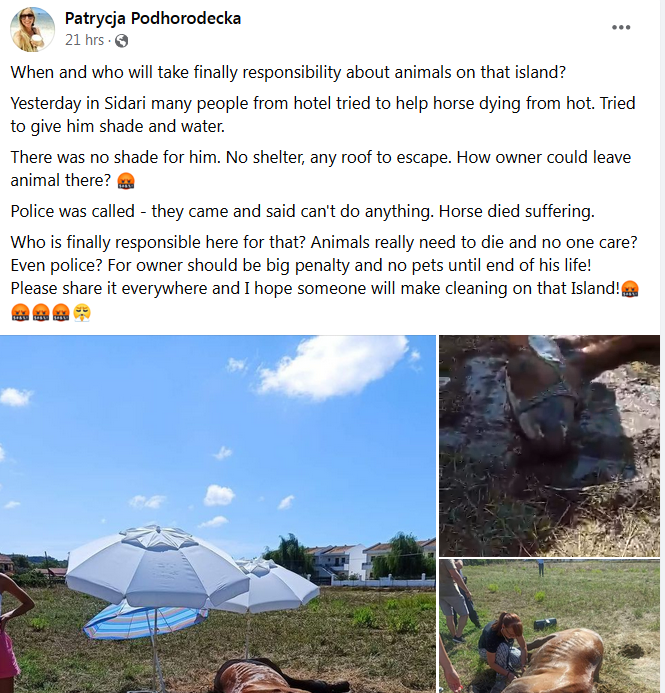 The animal cruelty takes place just a week, after a local deputy mayor and farmer, dragged his donkey with his pick-up truck for almost one kilometer. Heavily injured from the dragging on a land road, the owner abandoned the animal in his farm. It was only due to footage of the animal abuse that drew nationwide attention and outrage, a local animal welfare society rushed to find the injured animal and tried to provide some treatment. 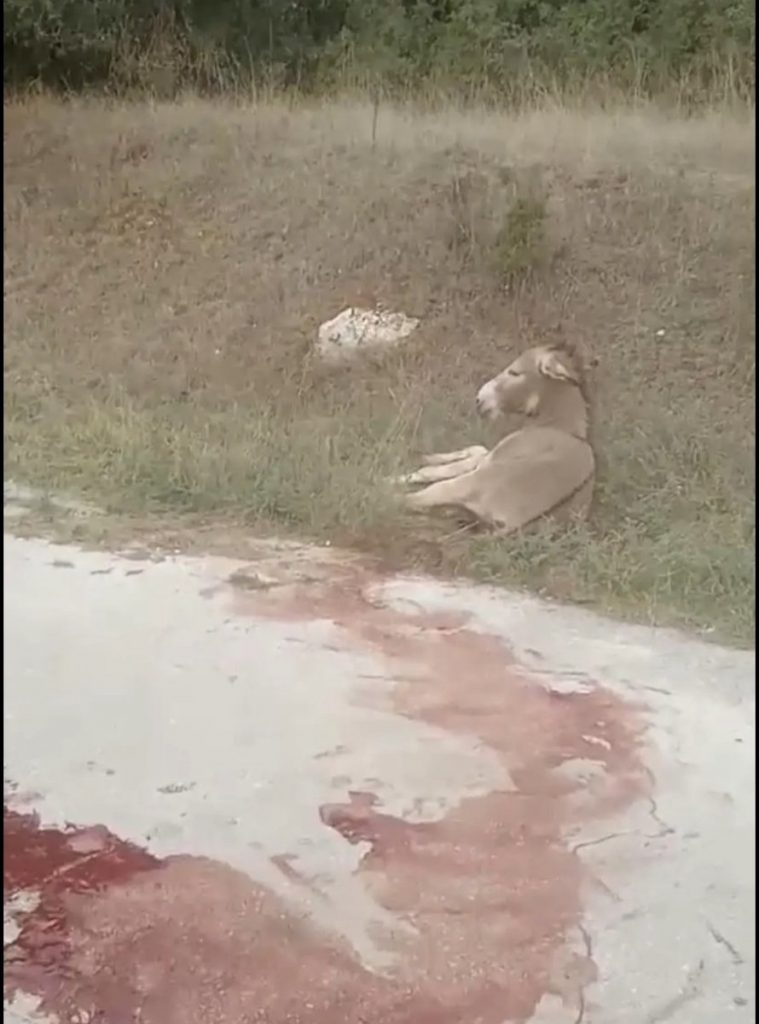 Three days later, the donkey had to be euthanized.

While animal welfare societies in the Greece push for the registration of equines, the government has done nothing so far.

Ippothesis, the pnahellenic Association for the protection of equines posted on the case of the horse on Corfu that “not registered equines” means that ‘the owner is unknown” and cannot be prosecuted.

Of course, in the rural communities, everybody knows everyone incl the animals one owns and where he keeps them “parked” outside farms and barns.

However, in the case of the abused donkey, despite the fact that the owner was arrested and taken to justice he was set free on restrictive measures (report to police station, ban of leaving the country) pending trial. He was not even fined for the horrible cruelty.