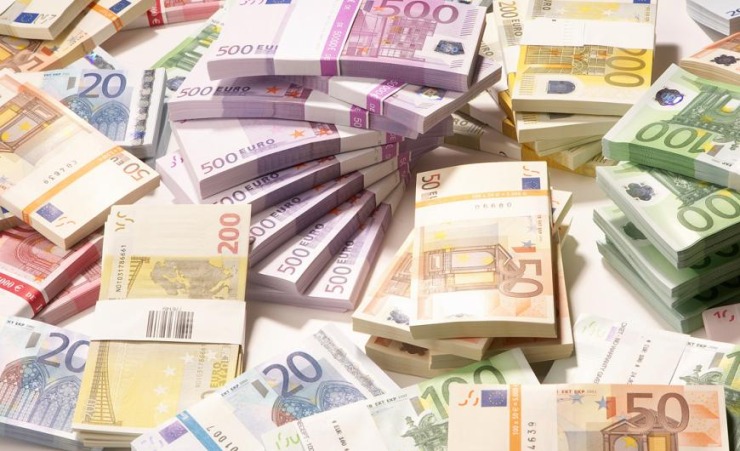 Greece’ Prime Minister Kyriakos Mitsoτακισ shocked the real estate market on Saturday when he announce that investment for Golden Visa is being doubled from €250,000 euros to 500,000 euros. The announcement came practically out of the blue with the argument that real estate will be affordable to Greeks again.

The PM did not elaborate on the issue niether revealed when the double price will go into effect. He just shot it in the stunned crowd like a firework that will certainly cause turmoil in the real estate market.

“Doubling the investment amount means a hybrid war against China,” one Greek noted on social media. Others described the new policy as just “wrong.”

“The general doubling to 500,000 euros to obtain a golden_visa is wrong. Alternatively, it could be increased only for the 2 large urban centers and be an incentive to help regions such as Epiruss and Western Macedonia,” wrote one and another: “Clarifications are needed what exactly will be done with the golden visa, because the announcement to increase the amount to 500,000 euros, without this being accompanied by some other compensatory measures, will mean the end of this investment program,”

The changes in the Golden Visa bring the real estate market upside-down, wrote some real estate websites. Citing data, they recall that “investors who have already started to turning their backs to the Golden Visa program today will be further constrained by the higher amount required.

Real estate market players say they will focus on expensive markets such as the south suburbs of Athens, – mainly at the so-called Athens Riviers-  but also in selective locations in the northern suburbs of the Greek capital.

It is recalled that in the first half of 2022, according to the data of the Ministry of Immigration and Asylum – General Secretariat of Immigration Policy, a decrease of more than 5% is recorded in the granting of 5-year permits to investors who own real estate over €250,000, reported website Real Estate & Development.

“That is, from the total of 9,614 licenses that were granted from the start of the program until 31/12/2021 and were active, six months later, the total number of active licenses has decreased by 539, now numbering 9,074,” it is stressed. 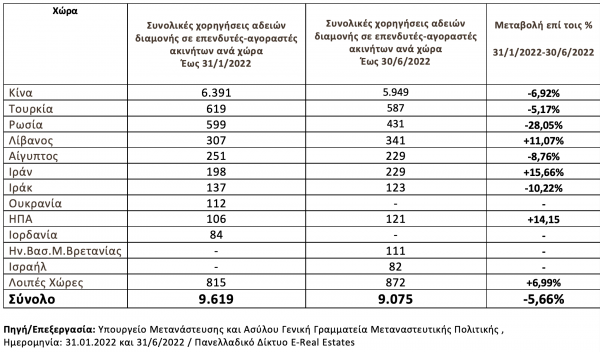 It is noted that in many cases foreigners who wanted to take advantage of the Golden Visa program bought properties in areas that until a few years ago had affordable housing such as the Athens districts of Pagrati and Kypseli, renovated them and put them on the market at double the prices.

Today, those who want to take advantage of the program will need to focus on newly built and more expensive areas such as the south and north suburbs of Athens ( Palaio Faliro, Nea Smyrni, Alimos, Glyfada, Kifissia, Papagou) where the prices for new apartments range from €400,000 and above, while for larger and more luxurious homes in Voula – Vouliagmeni they start from €500,000.

Changes to the Golden Visa program have been also recently made by Portugal, which with a limit of €250,000 applied geographic restrictions to the eligible areas for real estate investment as it had been observed that the majority of investors had concentrated in coastal areas and metropolitan centers such as Lisbon and Porto.

Turkey with an investment of 400,000 dollars ensures free movement in the European Union.

The Greek economy grew by 2.8% in the third quarter of the year compared with …