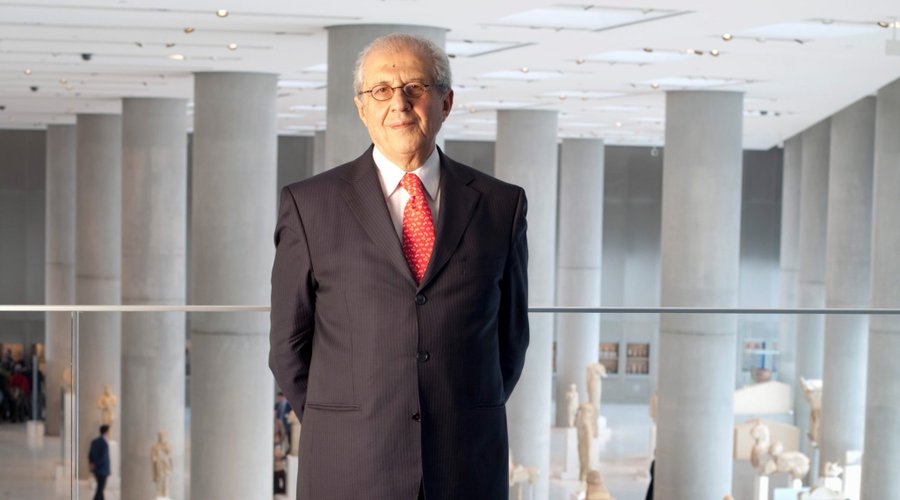 The president of the board of directors of the new Acropolis Museum and Archaeology Professor Dimitris Pandermalis, has died at the age of 82. He died in Thessaloniki following a few days of hospitalization.

“History can make us wiser,” the emblematic archaeology professor said once about people’s relationship with the past.

The professor of Archaeology at the Aristotle University of Thessaloniki had supervised the excavations at the archaeological site of Dion,at Mount Olympus, Pieria, where he developed an innovative archaeological and natural park. Sanctuaries were found from the Hellenistic and Roman periods.

He was the soul of the new Acropolis Museum, when the project was still only on paper and was director of the board of the organization supervising its construction. In the 13 years the Acropolis Museum stands, Pandermalis dedicated his life, passion and philosophy to the goal of the excellent operation of the Museum

“He brought new, modern ideas, as President of the Department of History and Archaeology and Dean of the Faculty of Philosophy of the Aristotle University of Thessaloniki,” the minister wrote adding “his great work, his life’s vision, however, was the Acropolis Museum, which he served from the first moment.”