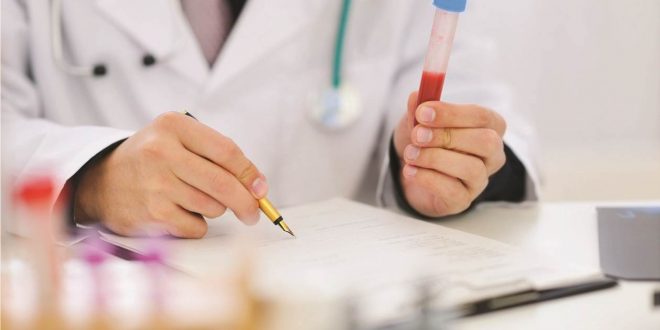 New medical specialists are being added on the system of Personal Doctor, according to a decision signed on Tuesday by Health Minister Thanos Plevris.

The addition was essential first of all due to shortage of registered general physician (GP)  in the new system of primary health care but also to facilitate citizens and especially the chronic ill to be able to choose form a larger pool of doctors.

According to the minister’s decision the system opens for the registration of specialty doctors with basic training in pathology. These are:

j) physical medicine and rehabilitation, who are self-employed and maintain a private practice.

It is emphasized that more than 3,800,000 citizens (out of a total population of some 10 million people) have registered to date with the system of the Personal Doctor.

Broadening the list of registered doctors with new medical specialists was more than essential as in large regional units like Attica, only some 50%-55% was covered.

Several citizens complained that they could only find their new PD over 25 km away, and that those doctors registered in public health facilities had only limited time available due to operation in shifts.

Note that the first appointment with a PD is 30 minutes so that the doctor can take the patients’ full medical history in order to be able to prepare the personal medical file. All following appointments are limited to 15 minutes.

The Medical Association of Athens has raise objections to the 15-minute-long appointments saying that time is not enough.

Penalties for citizens who have not registered with the personal doctor are being postponed until there is a sufficient number of doctors, minister Thanos Plevris said on Tuesday.

The penalties, that is an increase patients’ self-participation in diagnostic laboratory tests, screening and hospitalization in private clinics were supposed to be implemented from October 1, 2022, and even increase by 10% as of 1. January 2023.

Speaking to state broadcaster ERT, Plevris said that “as long as there is no possibility for the citizen to register without inconvenience to the personal doctor, the disincentives will not be implemented.”

“The registration period never stops, it’s just that from October 1 there would be the implementation of incentives and disincentives. We have said that as long as there is no possibility for the citizen to register without inconvenience to the personal doctor, the disincentives will not be applied, on the contrary, the incentives will be applied. That is, those who register will have priority in their appointments, they will also get the free package of preventive examinations, but the disincentive of increased participation will obviously be implemented only when the adequacy of the doctors will be such that the citizen will be able to register.”

When can a citizen change the personal doctor?

Citizens can change to another Personal Doctor only once a year.

According to healthreport.gr, exceptions are:

when the personal doctor terminates his contract with the National Health Care Organization EOPYY  or he leaves the system following complaints or because he does not keep to what was agreed with EOPYY.

In the event that the citizen has complaints and is not satisfied with the services provided to him, he can file a complaint.