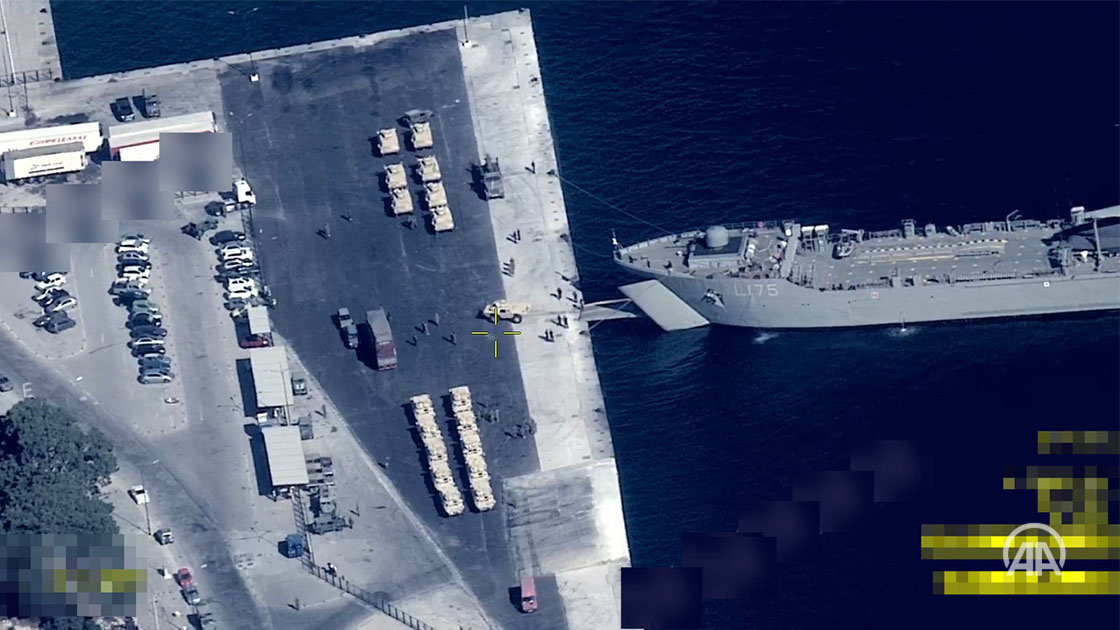 Ankara’s state-run news agency anadolu published a report accompanied by pictures with the title “Drones capture images of armed vehicles sent by Greece to the Aegean islands with non-military status in violation of international law.”

Drones capture images of armed vehicles sent by Greece to the Aegean islands with non-military status in violation of international law pic.twitter.com/qNC18NaC0I

Citing Turkish security sources the report said that Greece deployed tactical armored vehicles to islands with non-military status, that is 23 vehicles to Lesbos, and 18 vehicles to Samos.

The sources claimed further that “the armored vehicles are identical with the ones deployed to Alexandroupolis port by the US military.”

Turkish army drones have recorded the Greek deployment of armored vehicles on the Aegean islands with non-military status in violation of the international law.

Video footages showed that the landing ships carried military vehicles donated by the US to the islands of Midilli (Lesvos) and Sisam (Samos).

It was revealed that the ships were carrying 23 tactical wheeled armored vehicles to Midilli and 18 to Sisam, the islands with non-military status. The armored vehicles were among those sent by the US to the Port of Alexandroupolis (Dedeagac) of Greece.

According to security sources, the Greek actions on Sept. 18 and Sept. 21 are a clear proof of its continued militarization of islands near Turkey and violation of their non-military status.

They said Greece deploys weapons especially donated by the US to the islands with non-military status, replacing them with some vehicles on the islands.

Athens’ acts against international law and the spirit of alliance despite calls for dialogue and good neighborly ties are “unacceptable,” security sources said.

They also recalled Türkiye’s efforts to resolve the problems with dialogue and under international law, as well as Ankara’s calls for meeting to discuss the issues.

“That Greece does not even attend the meetings despite invitations and makes such provocations show who increases the tension, who is irreconcilable, aggressive and unlawful,” they said. 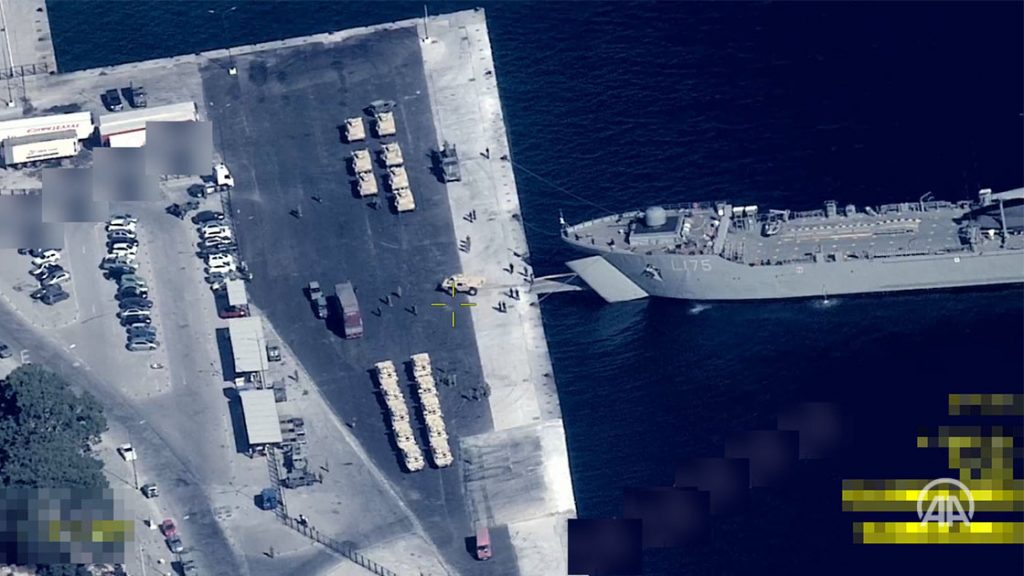 The pictures were very possibly taken by the UAVs that together with fighter jests conduct illegal overflights of Greek territory and the islands on daily basis. 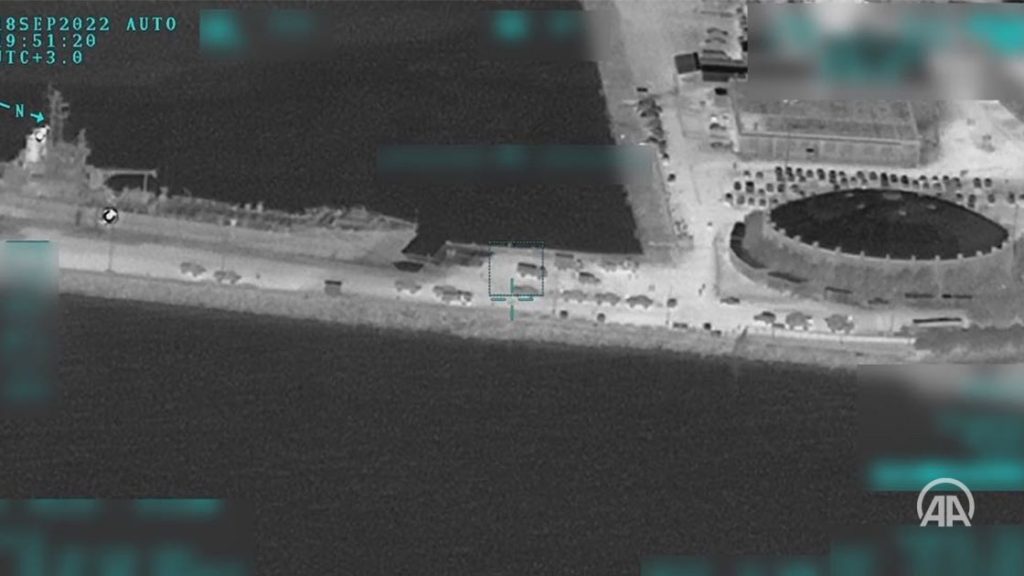 Turkish propaganda insists on the islands demilitarization claiming the Treaty of Lausanne (1923), however, it forgets its own obligations and well as the threats against Greece coming directly from President Erdogan in the form of “We may come suddenly one night.”

This time Turkey targeted also the USA, as Turkish officials and president Erdogan have strongly reacted to the US military base in Alexandroupolis, NE Greece.

The armored vehicles are reportedly possibly the M1117 Armored Security Vehicles(TTOA-ASV) that are given to Greece in the context of the Excess Defense Articles -EDA agreement for area reconnaissance.

Speaking to Greek media, sources of the Foreign Ministry in Athens said that they don’t even bother to comment Turkish press reports.