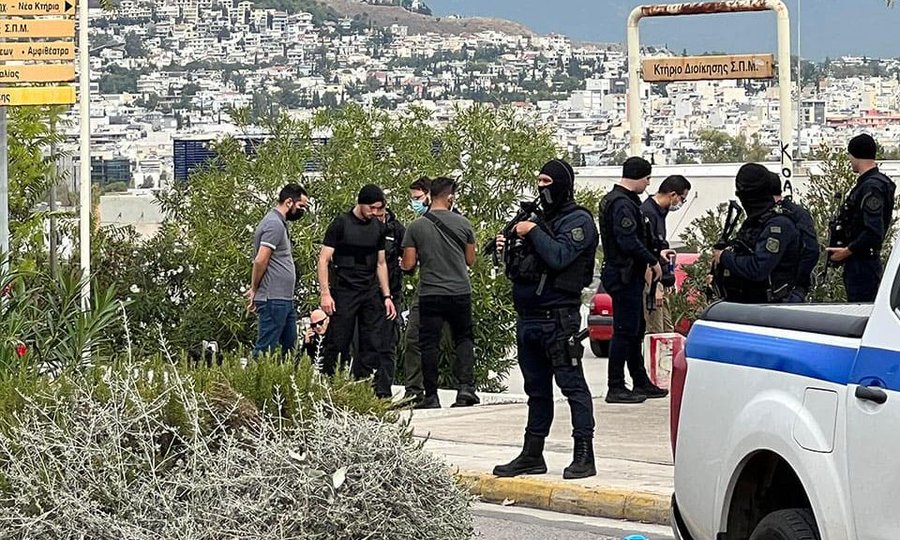 One civilian and one police officer were injured in a shooting incident in the campus of Technology University in Zopgrafou suburb of Athens on Tuesday morning.

According to preliminary information obtained by state broadcaster ERT, one of the injured is a 30-year-old man of Albanian nationality who has wounds in the abdomen area and is hospitalized under guard.

The second injured person is a 35-year-old police officer, the one who also shot at the civilian. She is hospitalized in a military hospital.

The incident took place at 9:30 a.m. during a police drugs operation in the old students dormitory in the campus, an operation that started at 6 o clock in the morning.

According to a press release issued by the Greek Police, at some point of the operation “the police officer felt unwell and while she was leaving she was attacked by the civilian whom she injured using her service weapon.”

According to media, the civilian attacked the officer with a screwdriver.

The incident took place near a bus station in the area, news website koutipandoras reports.

“The operation is being carried out because the Student Hostel is used as a base and refuge by criminals, with particularly intense activity in robberies and drug trafficking in the wider area of ​​Zografou, Kaisariani, Byronas and Athens,” the statement said.

It added that four arrest warrants are pending against the 30-year-old man for robberies, weapons and drugs.

Special Police units, teams of the Attica Security Directorate, the Attica Aliens Directorate and the Narcotics Prosecution Sub-Directorate are participating in the operation. The operation continues and upon its completion a new announcement will follow, the Police said.

According to some media, also the mother and the brother of the civilian have been handcuffed.

Cnngreece reports that the operation was aimed at dismantling a drug ring operating in the area “spreading terror and fear”.

The gang members were also renting rooms in the dormitory.