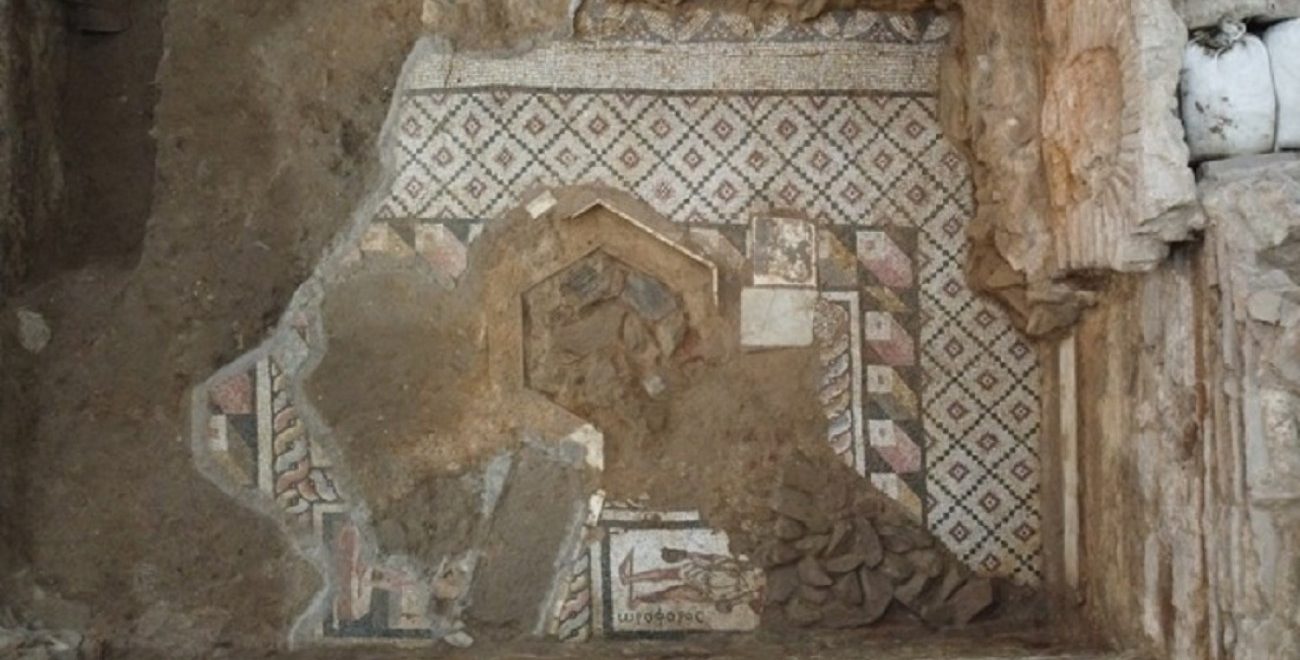 More antiquities have been unearthed during the construction works of the metro in Thessaloniki, northern Greece. The finding span from the Proto-Byzantine to the Middle-Byzantine era, that is from from the 4th to 11th centuries AD.

According to local media, the antiquities were discovered during works at the southern access of Venizelos metro station. 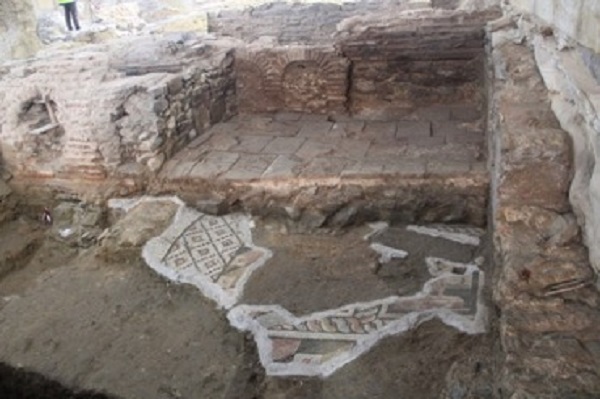 The Venizelos station of the Thessaloniki metro continues to pleasantly surprise archaeologists, as new findings have come to light in two places, local media voria.gr reported.

These findings, together with what has been revealed in the station shell, constitute a palimpsest with evidence of the social and economic life of the city in a context of 17 centuries.

Among the findings are buildings that probably formed the reception area and the changing rooms of the public bath, while in the same area a brick-built base with a vertical gutter was also found.

The bath complex with the mosaic floor, which depicts a representation of a male figure and bears the inscription “OROFOROC”, dates to the 2nd-3rd AD. century. The performance is framed by a band with a plait (braid) and a belt with geometric designs. The areas west of the bath, which were used from the 1st century BC. up to the 2nd AD century, refer to a laboratory and commercial use before the formation of a Roman road gallery of the 2nd AD. century. 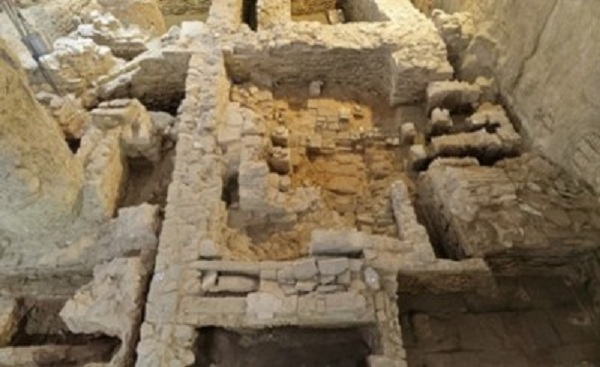 A number of other architectural construction came also to light and are believed to be the shops of the city’s Byzantine market, while an outdoor area with wells, cobbled floors and fountains has also been revealed. The successive layers investigated date from the 8th to the 11th AD. century and the excavation yielded a large number of movable findings, among them numerous coins, abundant ceramics of the Byzantine period, glass, marble, iron, copper and bone objects as well as marble slabs with engravings and board games

Part of the floor made of marble slabs refers to the continuation of the rectangular marble-paved square revealed in the shell of the main station.

According to voria.gr, on one of the plates the letters NFI or IFN can be seen engraved, which are probably engravings from the previous use, while on another one there is an engraved circle of a board game using dice, known as “patience games” which they are found in streets-ports and open spaces.

The Venizelos metro station reveals the timelessness of the city and its active economic and social life over the centuries.

The conservation or not of the new ancient findings and remains is being discussed today, Wednesday, during the regular meeting of the Central Archaeological Council.

More on the antiquities excavated so far in Thessaloniki here on KTG.