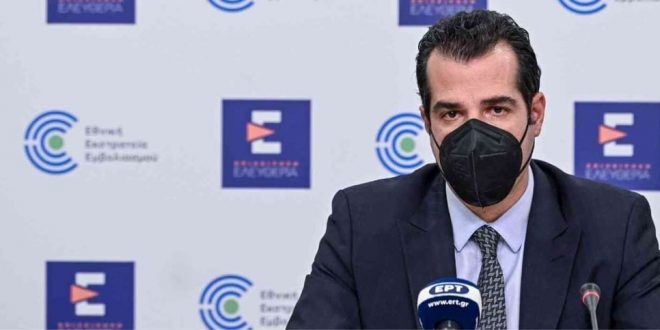 Τhe study by Associated Professor for Public Health Theodoros Lytras on the high percentage of mortality among intubated Covid-patients outside Intensive Care units triggered an outrage first of all in the society. The Minister of Health, Thanos Plevris, could not avoid but to comment as the study showed that 97.7% of those intubated outside ICU have died.

As a true Greek minister of a conservative government that that did not what it could and needed to do to save lives, Plevris chose to highlight the fact that a very large proportion of those that fell seriously ill and died of Covid-19 were unvaccinated.

“All studies are good and welcome. They are useful. The Lytras report, which cites the need to investigate mortality, leads to the conclusion that those who fell seriously ill – so that we had these results on the level of mortality – were mainly people who were to a great percentage unvaccinated,” Plevris told the Parliament’s Social Affairs Committee.

The committee was discussing a series of measures passed at the height of the pandemic that are being extended by a health ministry bill that will be tabled for a plenary vote on Thursday.

The Lytras report dominated the committee’s discussion, with the opposition parties blaming the government for the deaths of patients that were not admitted to ICUs.

Speaking to also to media, Plevris claimed that those in ICU died because of hospital infections.

According to Minister Plevris, what the study statistically shows, which concludes that 97% of intubated patients ended up outside the ICU, is what everyone knows. He added that “when someone reaches the point to be intubated , the chances of him dying are much higher than surviving.”

In addition, the Health Minister had also a “logical comment” and a “blame the others” tactic saying that mortality in the Greek ICU in the last twenty years, we have a much higher mortality in all diseases, because our country has twice the rate of hospital infections in the ICUs than they have the other European countries.”

Speaking at the Parliament, the Minister blamed for the high mortality also main opposition SYRIZA claiming that it was against vaccinations.

Fact is that whatever study comes out pointing out to failures of the Health Ministry policy,  Thanos Plevris and every Thanos Plevris  will blame irrelevant factors but never himself, never the shortage of ICUs even during the peak of the pandemic, as he is devoted to proceed with sharp cuts in the health expenditure.

PS However, some of us remember well that at some point earlier this year and according to official EOPY data, the majority of those inubated in ICU were vaccinated