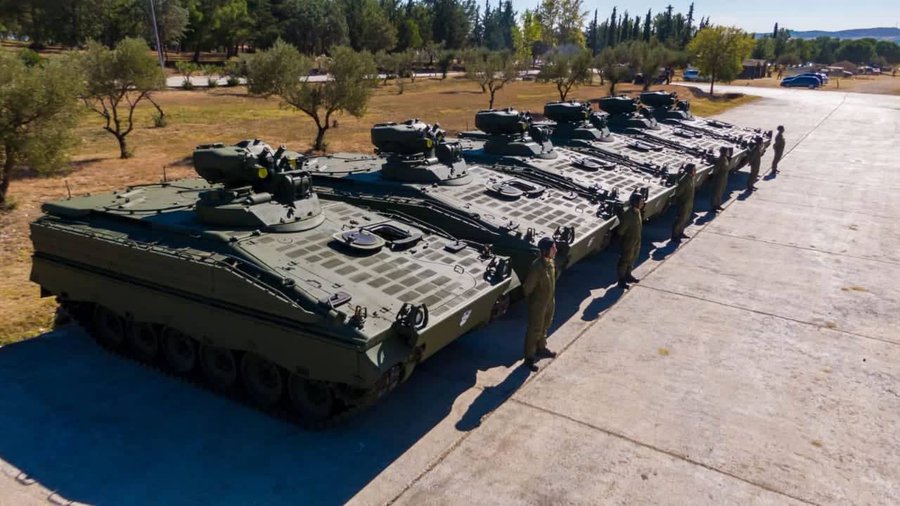 First six Marder 1A3 arrive in Greece from Germany

The first 6 out of 40 in total Marder 1A3 were delivered to Greece in the context of an agreement with Germany, a so-called swap so that Greece will send an equal number of BMP1 Armored Combat Vehicles (AMVs) to Ukraine.

The Marder will reportedly be forwarded to Units of the 4th Army Corps in northern Greece after the completion of their integration into the Greek Armed Forces.

The arrival of the TOMA Marder 1A3 will continue in the next period of time according to relevant planning, with the aim of upgrading the combat capability of the Ground Army Units, increasing their combat power, as well as strengthening the interoperability of the Motorized Infantry Units with those of the Armored, the statement added.

According to military issues website armyvoice.gr, the remaining Marder  will come to Greece in installments after the 40 BMP1s are gone to Ukraine.