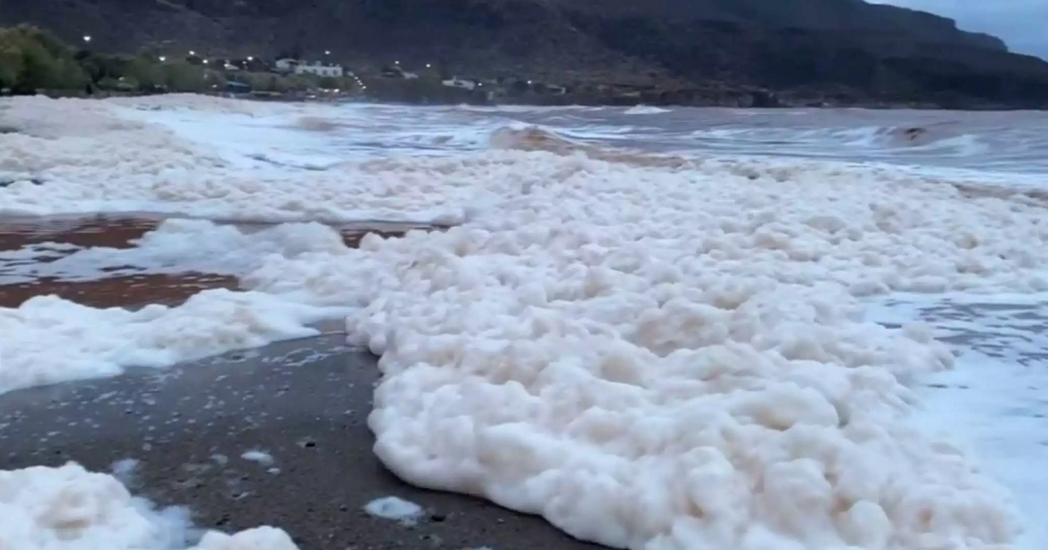 A rare phenomenon in the northern coast of Crete after the torrential rainfalls and the floods: extensive white foams, that turn brown in places when combined with large amounts of mud. The white foam has appeared at several beaches like the one of Amisos and Kato Zakros. 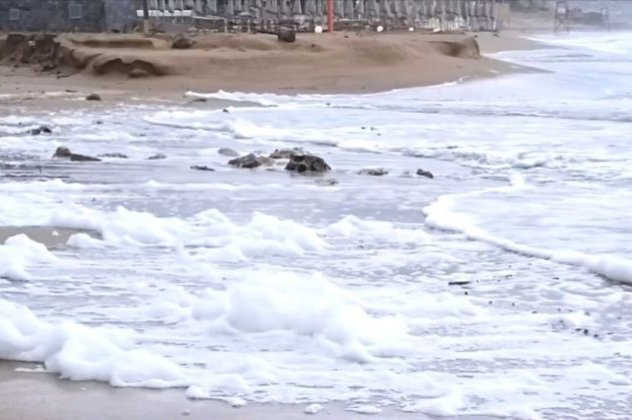 As Crete continues to be tested in the aftermath of the bad weather that left two dead and incalculable damage, the extensive sea foam attracts scientific interest, report local media.

Residents in the areas where the phenomenon is observed capture the foams with their mobile phones and posted on social media. It is the first time such a phenomenon appeared in Heraklio

The foam is non-toxic and there is no health concern, scientists say.They add that it is the first time that such a phenomenon has been observed in Heraklion. 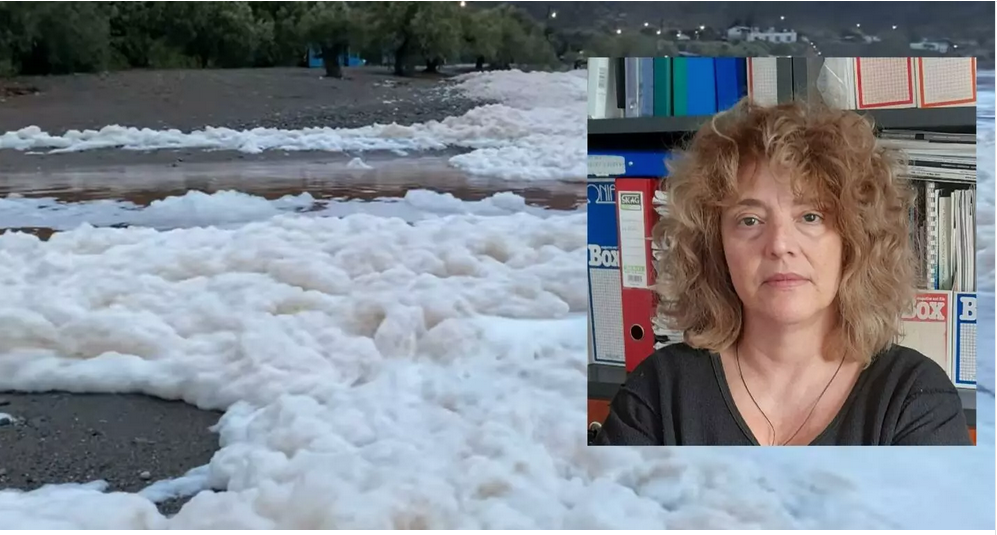 Research director of Hellenic Center for Marine Research (HCMR) Dr. Stella Psarras, explained to local media cretalive, that the foam is the result of the huge amount of rain that fell due to the bad weather in the previous days in Crete, creating tons of mud that ended up in the sea, transporting materials there,  including large amounts of nutrients.

It is most likely that the nutrients caused some intense growth of plankton microorganisms, which, as products of their metabolism, release into the marine environment polysaccharides, proteins and other organic components which, with agitation and waves, cause the phenomenon of foaming. 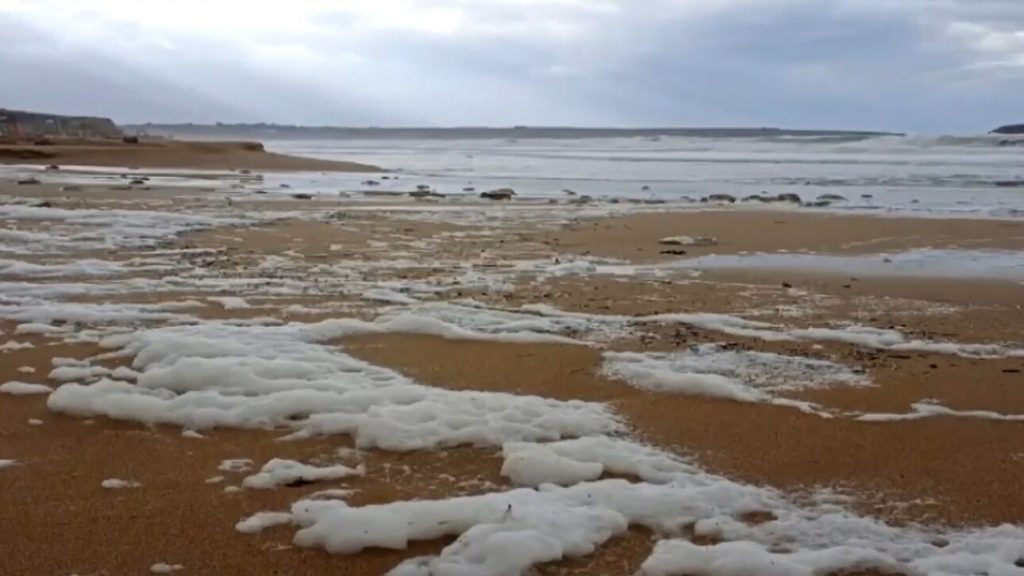 According Psarras, the foam is not something dangerous or toxic, however, to say anything with certainty will require sampling and analysis.

“I have never seen such a phenomenon in Crete, it reminds me of images of much “richer” seas in Northern Europe or the phenomenon observed last year on the coasts of the Sea of ​​Marmara that reached the North-East Aegean Sea. It is impressive and it is interesting to have a sample,” Psarras stressed.

HCMR has many times pointed out and proposed to the Region of Crete the need to set up a coastal monitoring network, which unfortunately has not been carried out, despite the relevant announcements from the Region of Crete, Psarras added.