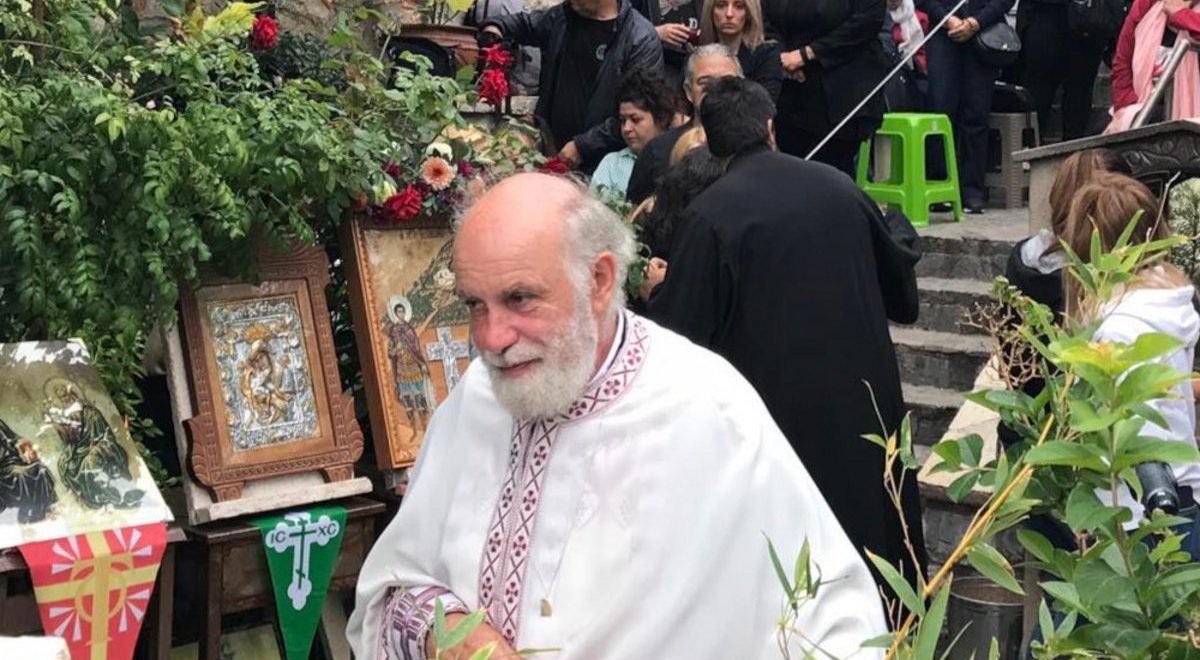 Bogus “miracles” Archbishop of Athens Ieronymos gave a deadline of five days to the fraudulent priest of Agioi Isodoroi and a community of some people to abandon the chapel on Lycabettus Hill in downtown Athens and to move to a monastery.

The head of the Greek Church is furious about priest Dimitris Loupasakis who has became famous among the Greek Orthodoxs after he claimed that he owns a “cross” made of wood from a piece of the “Holy Cross that performs “miracles.”

According to the priest’s own narrative he was suffering from leukemia at the age of 14. Then a woman came across and made the sign of the cross on his body with the “miraculous cross” allegedly resulting in his healing, news website in.gr reported in early September.

The priest claims that he now uses the same cross to bless believers who form large queues for healing hoping for a miracle. 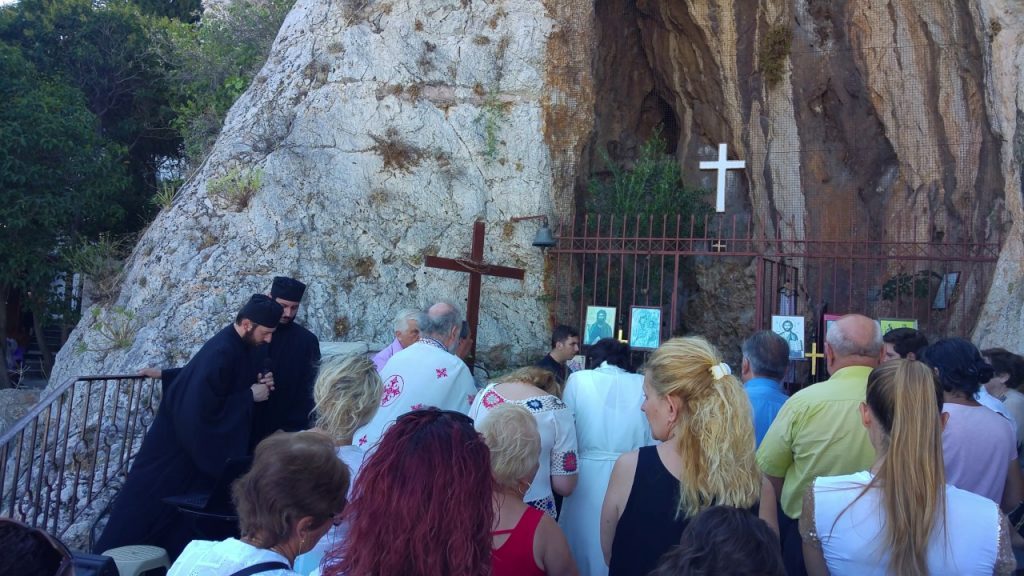 The priest has claimed, among others, that a blind man was saw the light again and that a paralyzed person was able to walk again. His claims have drawn thousands of people to the small chapel who patiently -and certainly also desperately –  stand queue for hours in order to to come in contact with the “miraculous” piece of wood and be healed.

Independently of the “miracle”, the faithful make also as the custom is in churches a donation. 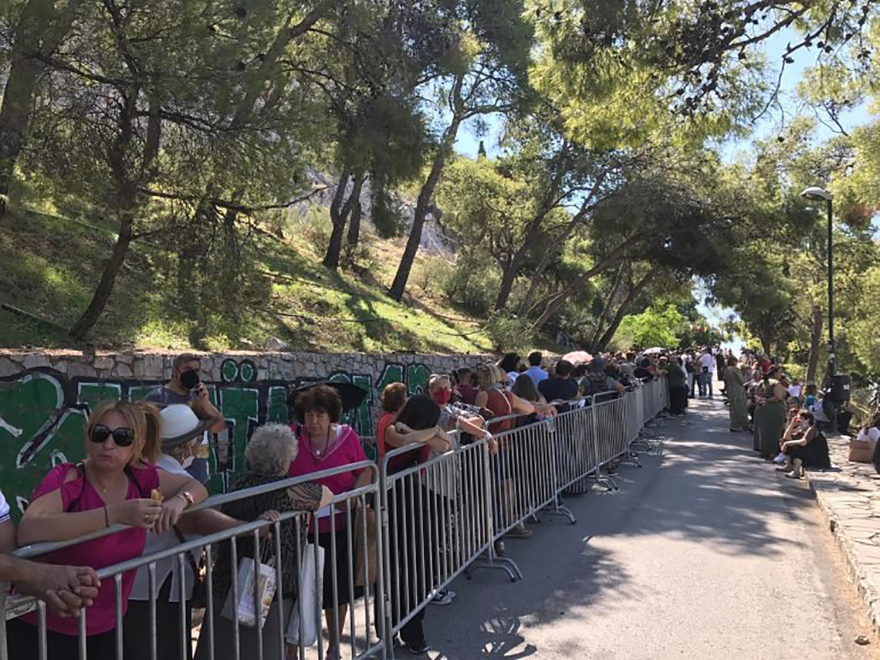 It is not only the Archbishop but other other high-ranking clergy and bishops who accused Loupasakis of “bogus miracles.” First it was the Bishop of Argolida who spoke of “pseudo-miracles” and “first class fraud.”

“I am clean, I have not soiled my cassock” the controversial priest said in first statements after the religious service on Monday morning and as the the clock for the ultimatum is ticking.

“We are here and operate simply, modestly and humbly,” said the priest who serves there for the last 22 years and thanked his followers for the “thousands of support messages.”

Early autumn, Archbishop Ieronymus ordered an internal investigation on the “miracles.” The investigation was carried out by the Bishop of Larissa and the findings were “catastrophic” for the priest. Investigation questioned the “miracles” and ended up in the conclusion that the “miraculous” events in St Isidoros were a case of “dishonesty and fraud.”

In an interview with the Sunday edition of newspaper kathimerini, for the first time, Ieronymos spoke publicly on the issue.

Noting that next to the priest their is also a community of “16 children between 25 and 30 years old,” he said that “this is a community without legal existence. I called them, I talked to the children and I said do you want to become monks? This is not the case here, there is no monastery,”

. Shouldn’t I help them?” noted the Archbishop who, in fact, recognized that the text of the current Metropolitan of Larissa, who did the relevant research, is very harsh, although it is not far from reality, either.

The Archbishop underlined that he has given Loupasakis and the (aspiring) monks/followers a deadline of five days to settle in an institution, which is a legal ecclesiastical entity and thus in Vari village in south-east Athens.

“If they say they accept, we will follow it up. If they say “we stay here”, what the rules of the Church say and what the laws of the State say will be done”, he underlined and noted that

Archbishop Ieronymus warned that Loupasakis will not be allowed to use the cross that he claims is made of honest wood and works “miracles”.

Instead, the symbol will be placed in a display case so that “it is not allowed to be instrumentalized” and anyone who wishes can worship it, the Archbishop added.

The revenues of St Isidoros chapel are not under scrutiny, however, due to the special status churches enjoy in Greece.