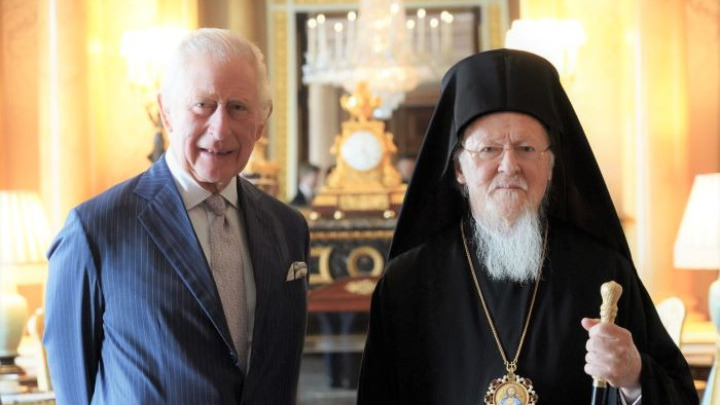 Bartholomew expressed his condolences on the passing of Queen Elizabeth II, and wished King Charles a fruitful and successful course in his new high duties.

This afternoon at Buckingham Palace, His All Holiness Bartholomew I, the Ecumenical Patriarch was received by The King. pic.twitter.com/KJf4GVFzJP

The Ecumenical Patriarch was in London to attend centenary celebrations for the founding of the Greek Orthodox Archdiocese of Thyateira & Great Britain in 1922.

Bartholomew presented Archbishop Nikitas of Thyateira & Great Britain to the British monarch, as well as Metropolitan Athenagoras of Belgium and Metropolitan Theodoritos of Laodicea.