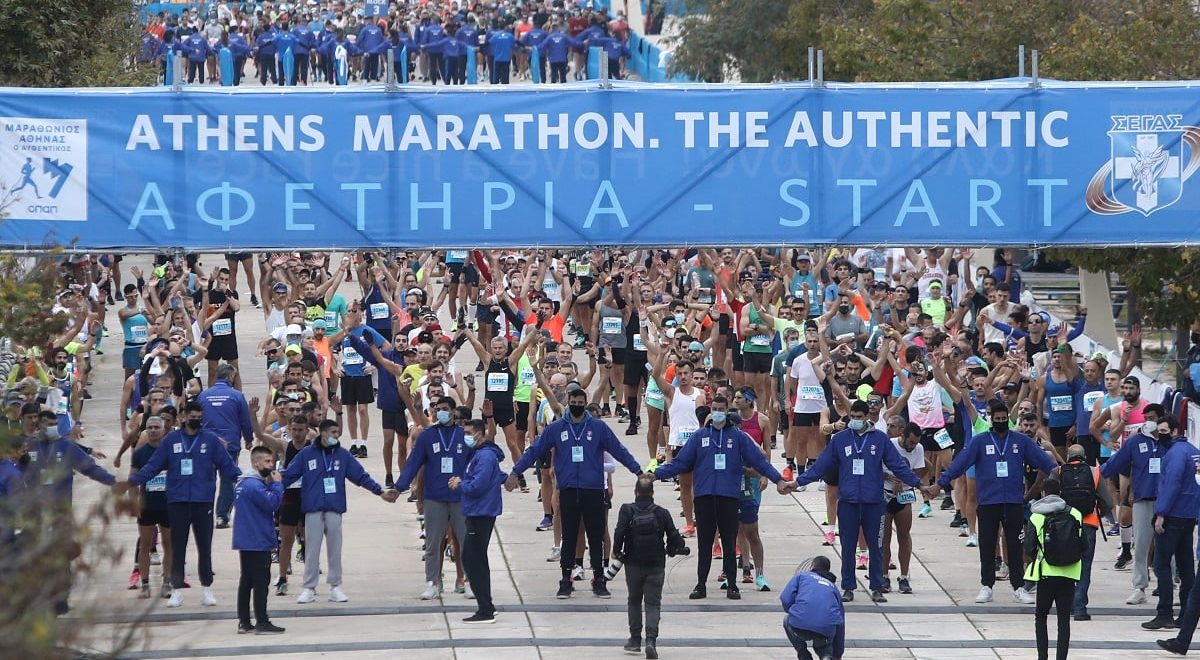 The heart of the 39th Athens Marathon the Authentic beat on Sunday, November 13, 2022. From the Tomb of Marathon to Panathinaiko Stadium in downtown Athens. 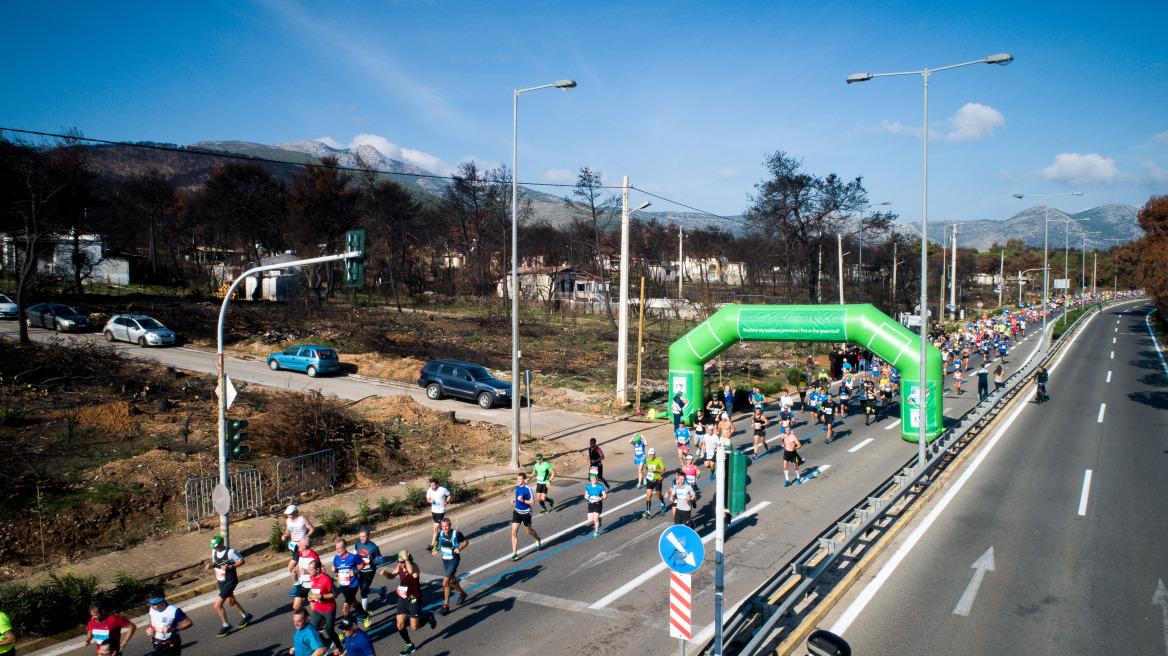 Winner is Charalambos Pitsolis with 2:23:44. 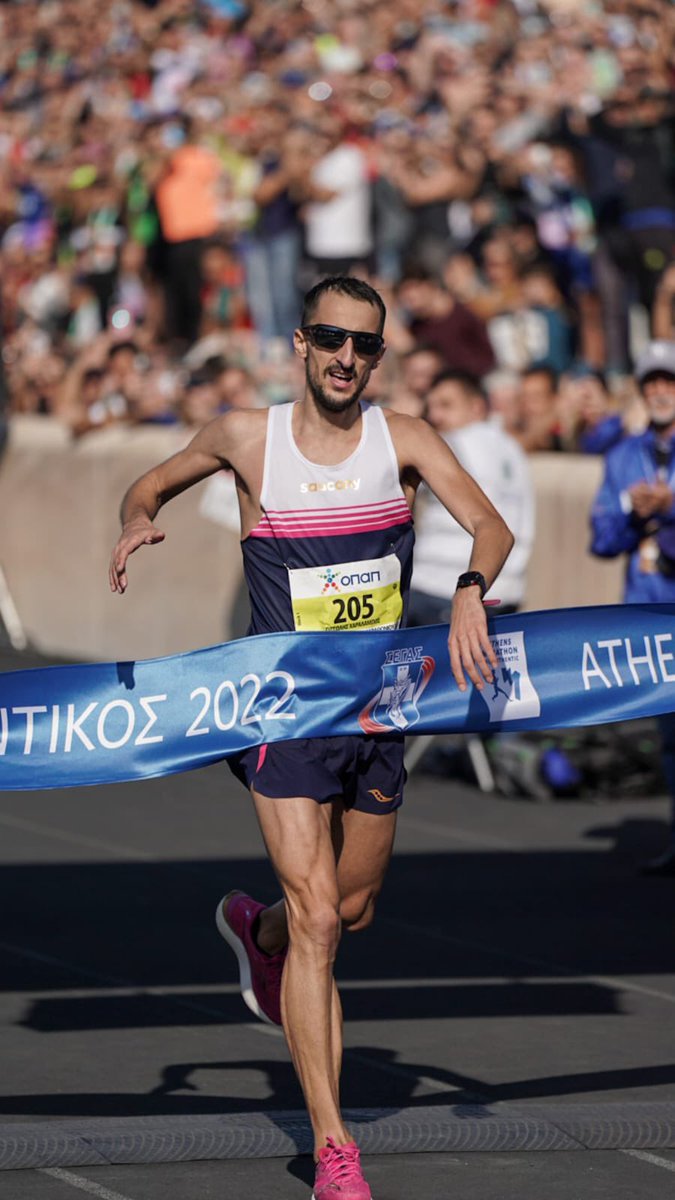 First in the women’s category is Vasiliki Konstantinopoulou with 2:46:01. 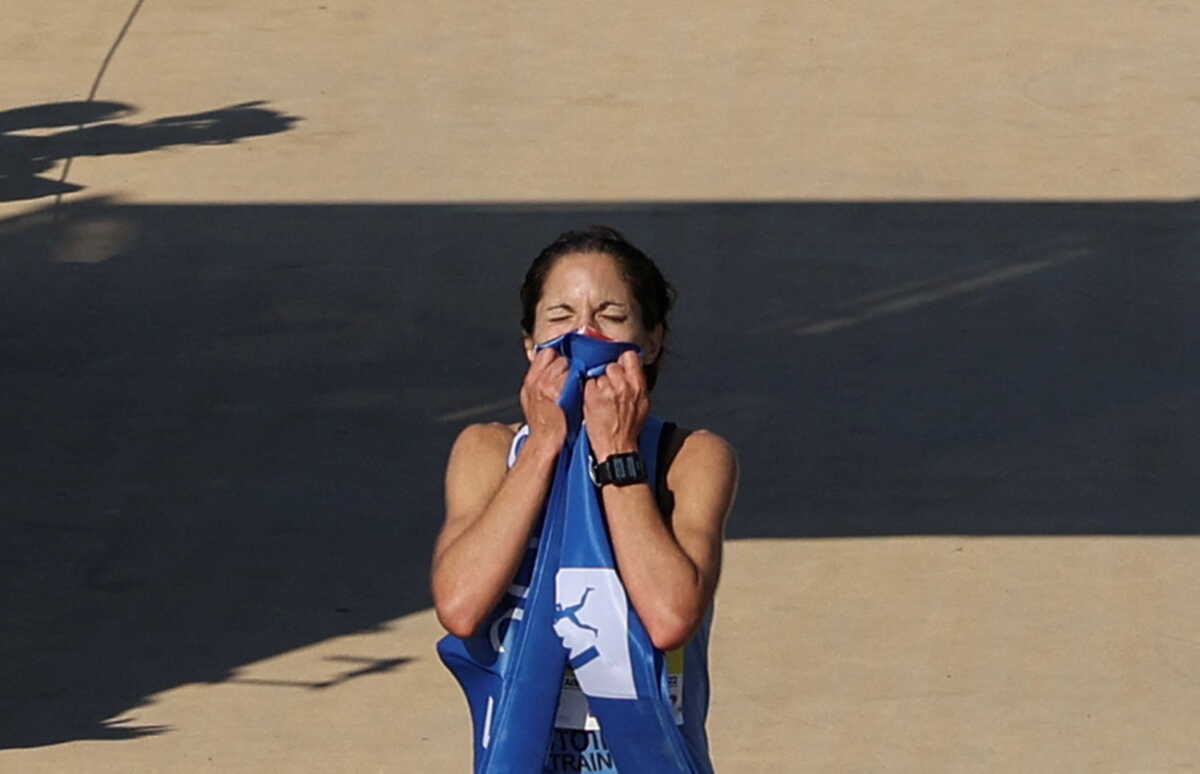 The 26-year athlete was diagnosed with cancer of the thyroid two years ago, right after the birth of her child.

Some 45,000 athletes and running enthusiasts participated in the 39th Athens Marathon with the majority of them to have run for shorter distances. 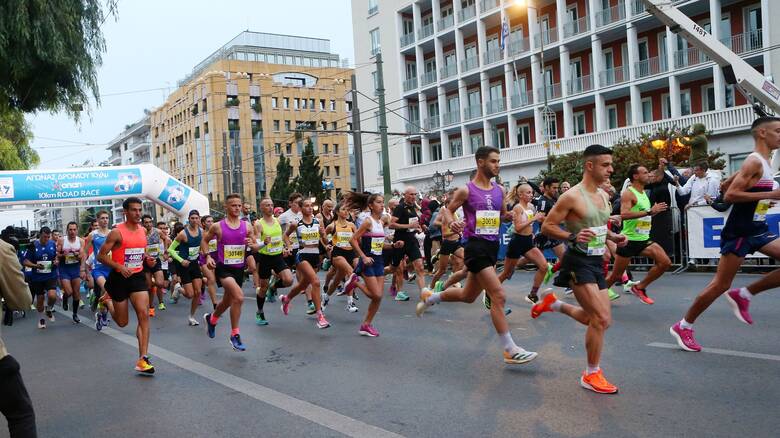 Crowds of people were standing along the race route to empower the athletes.

At the finish Line, runners were cheered by a huge crowd.

Among the runners was also 91-year-old Stelios Prassas, the oldest runners, who does not miss a Marathon race in the last couple of years, despite his age. 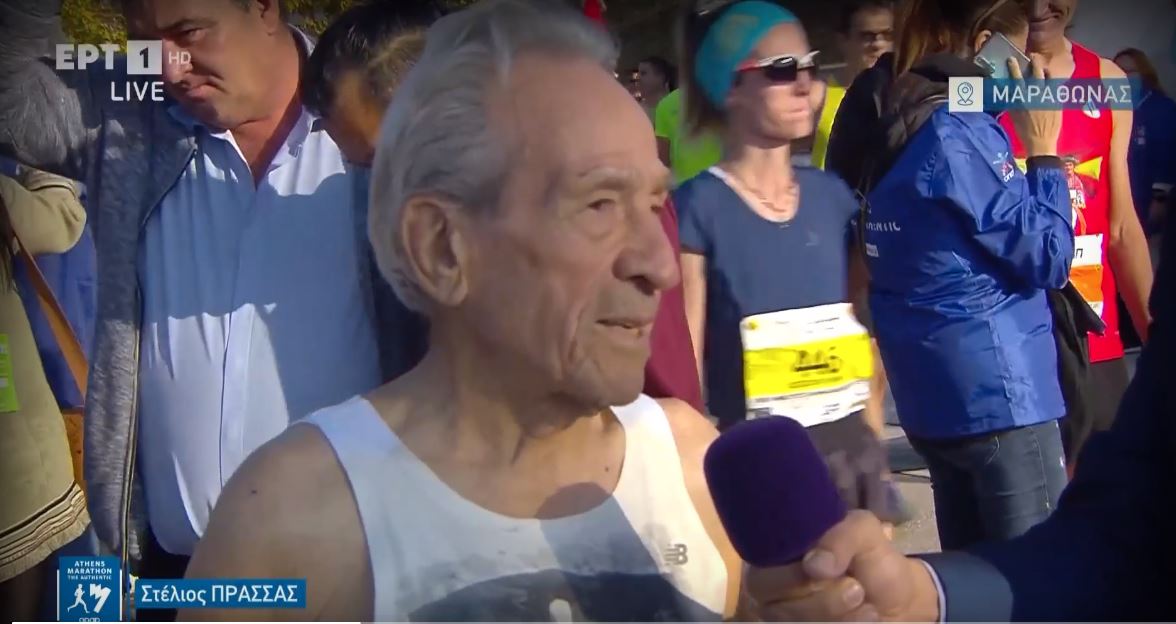 All results at the athensauthenticmarathon.gr/english

Traffic restrictions across the city began on Saturday, when the Marathon Flame was lit at the Marathon Tomb.

Restrictions continued also on Sunday and roads in downtown Athens are expected to be given free again around 9 p.m.