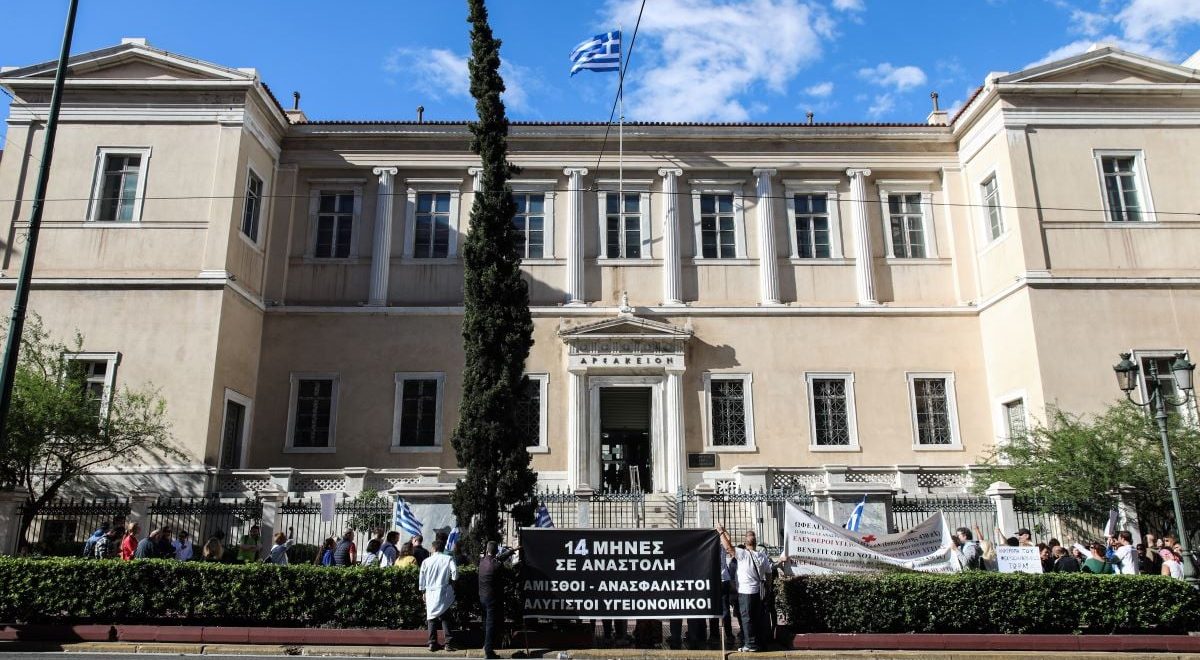 Greece’s highest court, the Council of State, dropped a ‘bomb’ and opened the doors for the return of health workers who refused to get vaccinated against Covid-19.

The CoS ruled on Thursday that the extension of the mandatory vaccination of workers in health facilities until December 31, 2022, was unconstitutional.

The reasoning of the seven-member composition of the Supreme Court of Cassation, was that extension of the mandatory vaccination is illegal due to the lack of re-evaluation of the measure.

“Provision of Law 4917/2022, which extended the validity of the re-evaluation of the mandatory vaccination of employees in health structures until 12-31-2022, is contrary to the constitutional principle of proportionality.”

According to previous decisions by the CoS, the measures taken to protect public health against the coronavirus (covid-19), such as the mandatory vaccination of employees, etc., must be reviewed periodically by the competent state bodies depending on the existing epidemiological data and the evolution of valid scientific assumptions.

The CoS judges noted in their ruling at the time when Law 4917/2022 was published (31-3-2022) and the challenged ministerial decision was issued (4-14-2022), a period of more than 8 months had passed since the adoption of the measure of the mandatory vaccination of workers in health structures, i.e. “a period which, due to the nature of the measure and its consequences, clearly exceeds what is reasonable, without, however, having been re-assessed, based on up-to-date, at the time, scientific and epidemiological data , on the value, effectiveness and consequences of vaccines against the coronavirus and the course and evolution of the pandemic”.

furthermore they noted: “based on the specific scientific data the time of the re-evaluation was extended until 12-31-2022, i.e. it was set at a time that also exceeds what is reasonable, in view of the fact that it is 9 months away from the passing of n 4917/2022”.

Hospital workers union POEDIN had appealed to the Council of State and requested that the decision of the Minister of Health be canceled from 14.4.2022.

Around 7,000 unvaccinated hospital workers were in suspension since September 2021. During the time that passed several thousands were vaccinated in order to be able to feed their families, pay their bills and get again health insurance.

Αccording to some media reports a few months ago, some 2,000 health workers were still without vaccination against Covid-19.

The President of POEDIN said today that “7,000 will return to work.”

The CoS decision reportedly refers also to unvaccinated health workers with illness confirmation.

After the release of the CoS ruling on Thursday, unvaccinated health workers  will be given the opportunity to return to work upon their request.

Health Minister Thanos Plevris grabbed a “technicality” and stated that he will wait first for the publishing of the Cos decision before he will allow the workers to return.

PS Of course, Plevris could have re-evaluated the epidemiological data in order to avoid such a decision taking into consideration also the fact that the Omicron mutation and sub-mutations infect also vaccinated citizens.

No doubt, he had time if he wanted to.