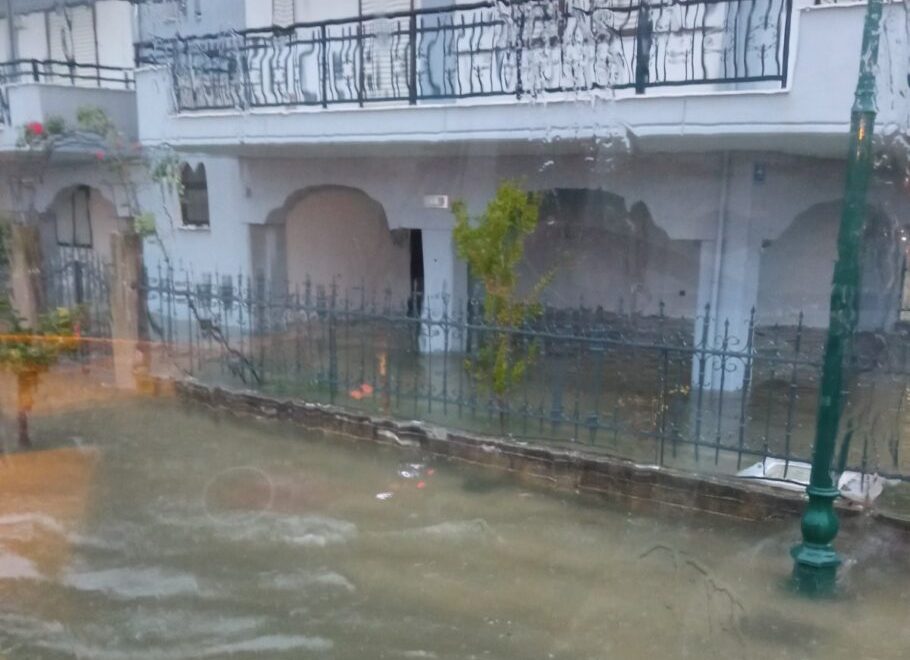 From Attica to Thessaloniki, to the island of Skopelos and western Macedonia and Halkidiki  the damage from the heavy rains and storms that fell in the last 24 hours is obvious. 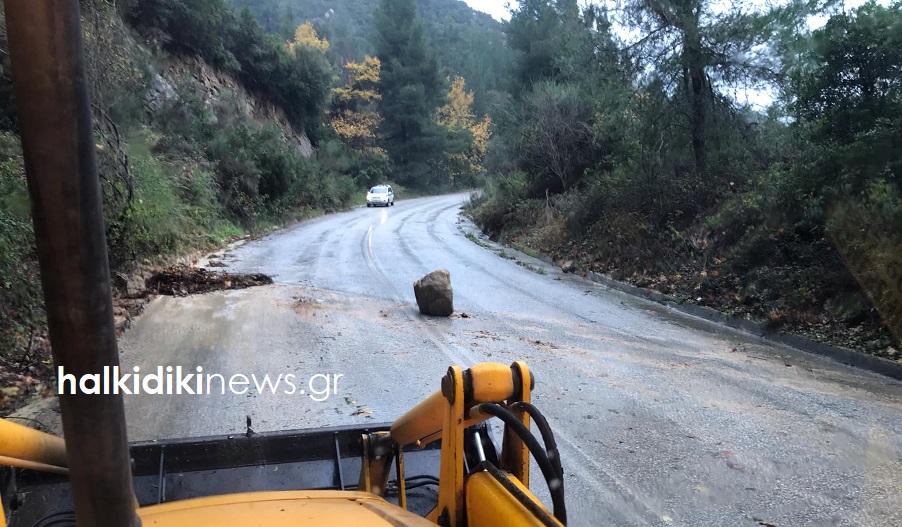 Floods, falling trees, landslides and power outages are just some of them.

Rock slides on the new Athens-Corinth highway in Athens direction have forced authorities to divert traffic to the old national road resulting in long queues for motorists.

The rock slides occurred at “Kakia Skala” at the height of Megata early Thursday morning. 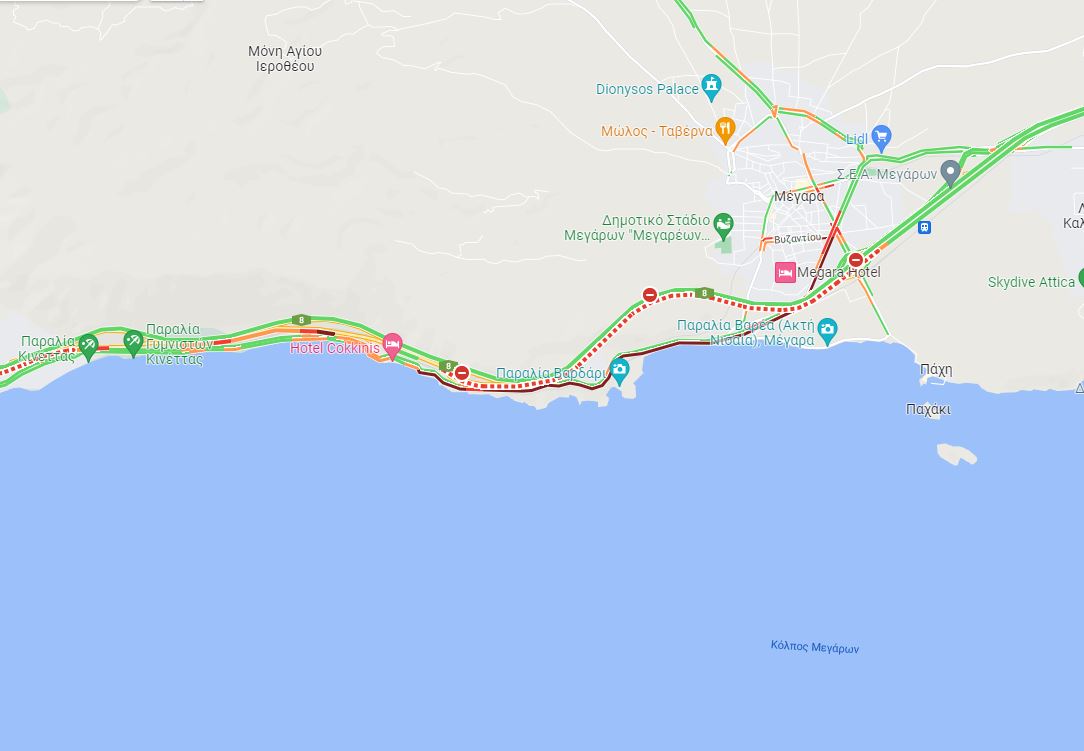 Open TV reported earlier that the traffic police did not know when the damage will be restored as authorities take into consideration the possibility of another rock slide.

“Only if they consider that the necessary safety exists they will give the green light to reopen one of the two main entrances to Athens, Open TV reported from the spot..

It has been estimated that a car would need at least 2 additional hours to reach Athens from Corinth.

Mountain climbers (alpinists) could reach the area an hour after noon in an effort to clean the mountain from rocks that were unstable.

Citing managers of the national highway “Olympia Odos”, state-run news agency amna, reported at 01:15 p.m. that it was not clear when the road would open again to traffic.

The bad weather caused floods and power supply problems and falling trees in areas of the prefecture of Thessaloniki. Areas in the municipalities of Lagadas, Volvi, Oreokastro, Thermaikos and Thermi are without power, while DEDDIE crews are trying to repair the damages.

In the Municipality of Thermaikos, due to the power outage, there were also water supply problems. The main characteristics of bad weather in Thessaloniki are strong wind gusts and rainfall.

Due to the strong winds, tree falls were recorded in the urban complex, while the Fire Department was called in five cases to provide aid.

He added “yesterday we had heavy rain that destroyed the entire road network. There is no longer an agricultural network, i.e. places that had soil and stones.” The mayor added that schools remain closed on Thursday but will open again on Friday.

At the same time, the island does not have a helipad as it has suffered significant damage. “The operation of the heliport is very important for the island, especially during the winter months,” said Mr. Angelos Xintaris, head of Civil Protection of the municipality of Skopelos, to ERT Volos.

The cage with the remote control lighting system and the external floor lighting were destroyed by the rain.

“It is an old system and now to replace it an amount of at least 130,000 euros is required,” he stressed. He added that the rain fell for over 80 hours. 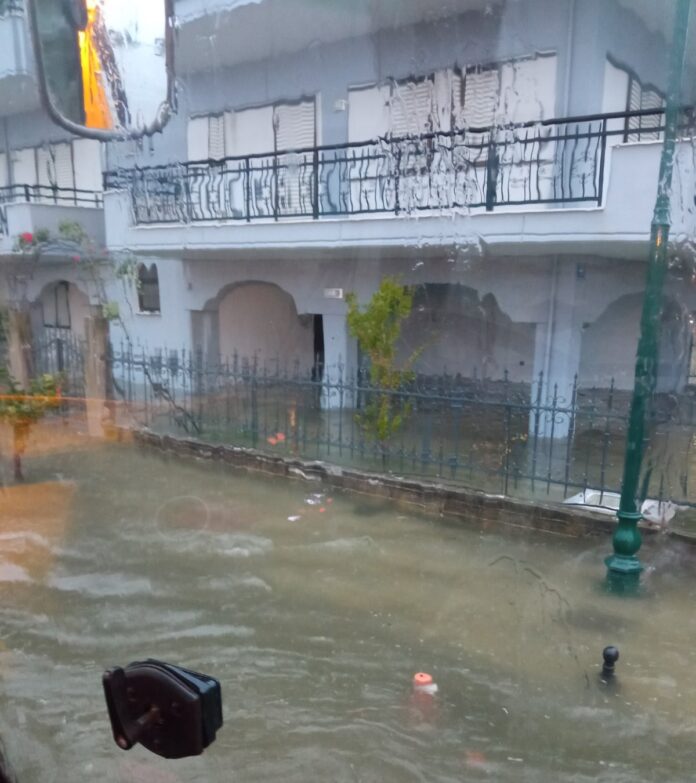 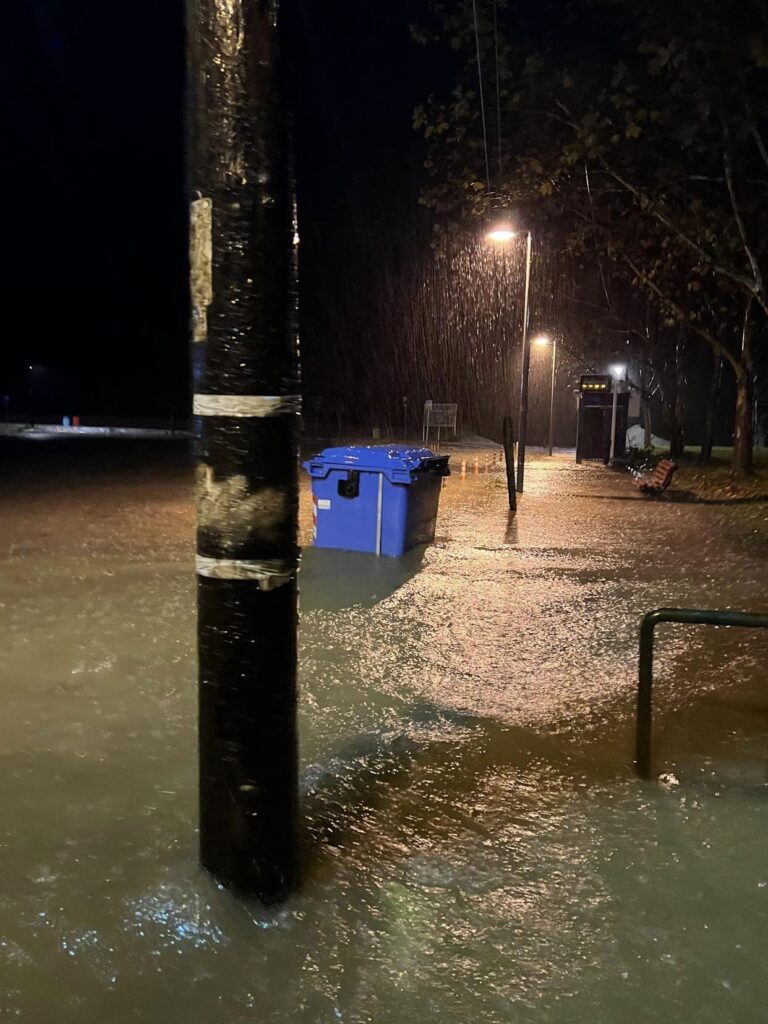 In an emergency announcement in early morning Thursday, the Municipality of Katerini said that all primary and secondary schools as well as kindergartens will be closed today due to intense weather phenomena. 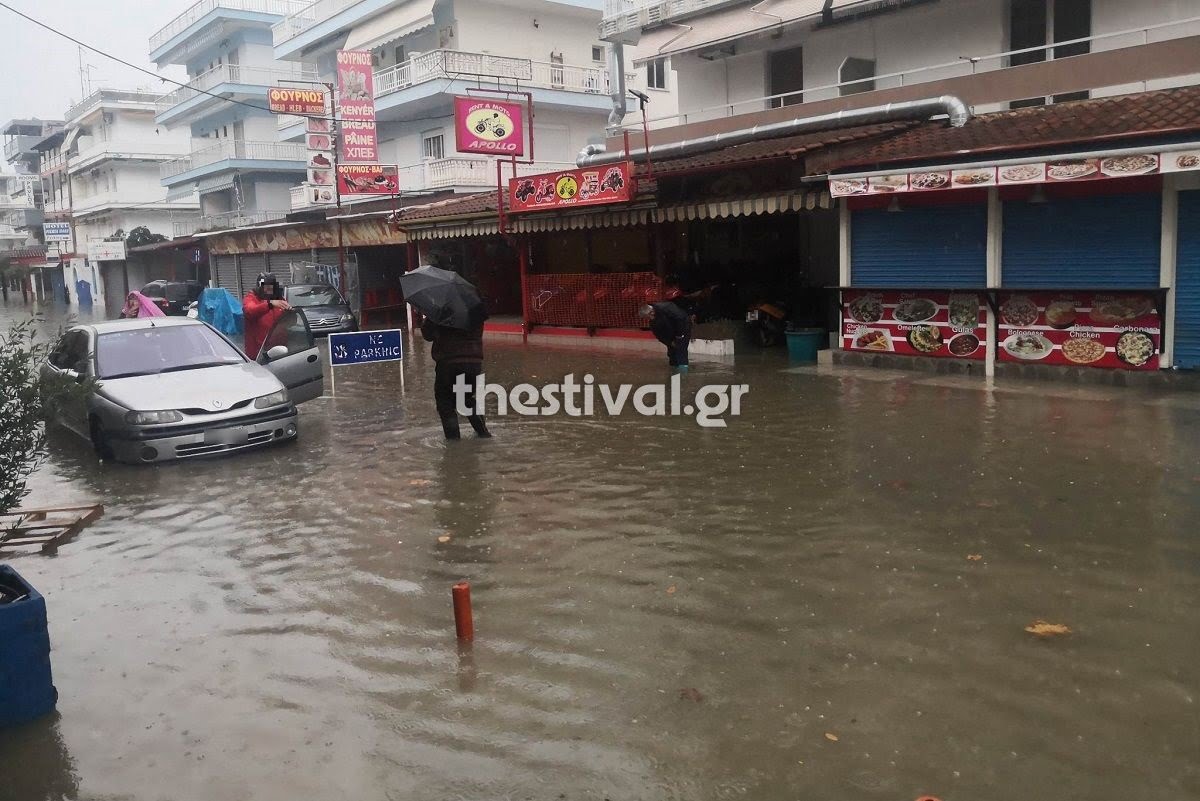 Locals told news website thestival.gr that they “haven’t seen such phenomena for over 25 years.” 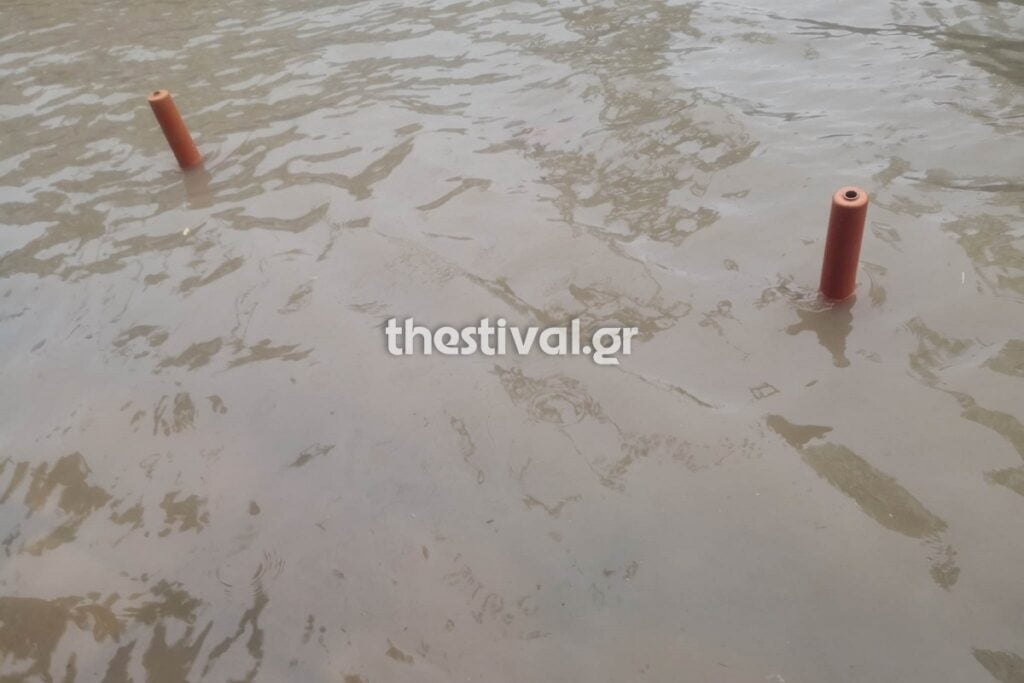 Greece’s National Meteorological Service EMY updated its ARIEL warning on Thursday, saying that the bad weather front will start weakening as of the afternoon hours.

Strong rainfalls and storms are forecast in the islands of the north and east Aegean Sea and the Dodecanse until late in the afternoon.