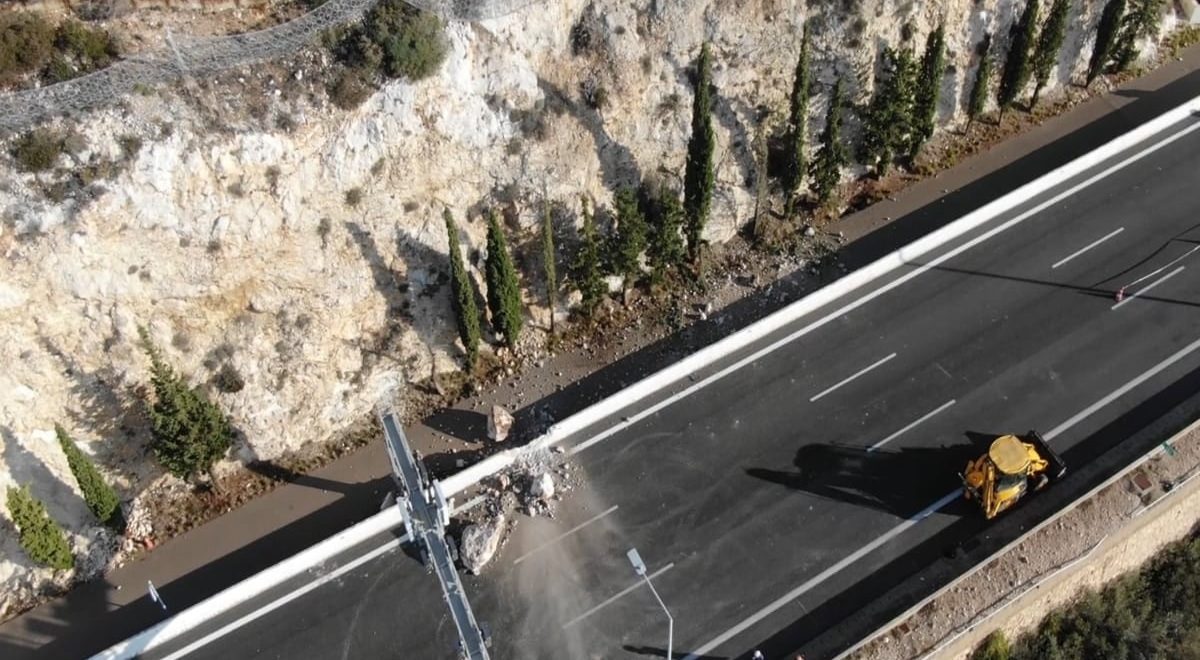 Τhe rock slide on the new Athens-Corinth highway on early Thursday triggered the intervention of the head of the Athens First Instance Prosecutor’s Office.

The rock slide occurred in the Athens direction of the highway, traffic was halted with drivers and passengers to remain trapped in the vehicles for hours.

The prosecutor examines the possibility of seeking criminal charges, after he has collected requesting information on the incident from the Traffic Police and he may order a preliminary examination, for the possibility of committing crimes, media report on Friday morning.

Teams of alpinists climbed up the mountain in an effort to check and stabilize the protection fences.

Thursday afternoon, the right lane and the emergency lane were opened to traffic, while the middle lane at the height of Kakia Skala is expected to be open on Sunday, December 4. 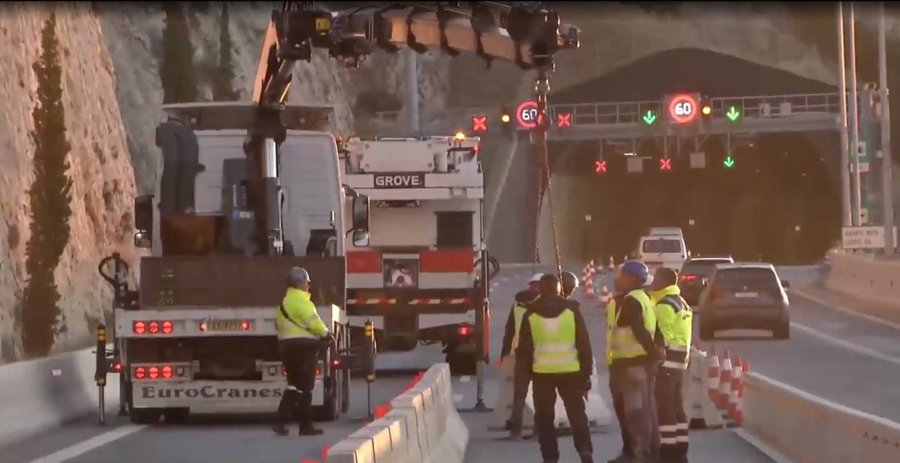 According to statements by the president and managing director of Olympia Odos to state broadcaster ERT, the national road will be fully open to traffic before the holidays.

Stunned Greeks heard on Friday morning the president and CEO of managing company of Olympia Odos highway, Panagiotis Papanikolas, saying  the highway will be fully open to traffic before the holidays, “unless we have surprises like rainfalls and earthquakes occur.”

He stated he was not aware that stricter protection measures should have been taken and if there was negligence from the part of Olympia Odos. 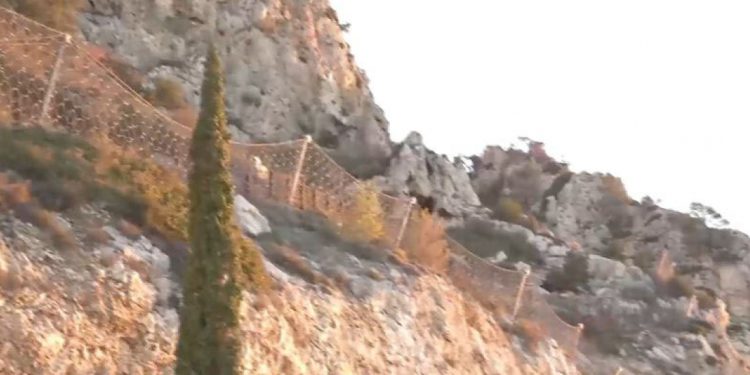 Papanikolas declared that the point from where the rocks were detached and fell “is outside the concession project. It’s high up on the mountain. Work has been done and fences have been put in since a long time ago and we are monitoring it, we are inspecting it.”

He added that “additional fences must be made”.

“Two lanes are closed at the moment and one is open. We are restoring the barrier fences and safety parapets and on Sunday if all goes well the middle lane will be given over, so that two sufficient lanes are in operation, and with the aim of having the left, outer lane fully open to traffic before the holidays. Unless we have “surprises” like the rains and earthquakes we had,” he told ERT.

The president of Olympia Odos said characteristically that the rock fell from a height of 100 meters in an area outside the concession limits of the project.

“There were barrier fences on two levels, but the boulder that was around 10 tons fell from a height of 100 meters, from very high, from the top, it broke two   two fences and the safety parapets.” He added that “we were lucky it happened at night.”

“The fences on the slopes are from previous contracts from a long time ago and the place where the landslide happened is outside the concession of the project. The maintenance of the project within the limits is ours. There are concession limits on which we have also put fences”, he said.

He added that the Ministry is responsible for the area “outside the O.O. limits.” For an intervention outside the limits “there must be an order from the State.”

Speaking to newspaper ethnos, Associate Professor in the Department of Geology of the AUTH, Alexandros Hadjipetros said that landslides are usually caused by pre-existing faults that cut the rocks creating pieces that can be detached.

He noted that the rocks also “age” and as a result “cracks” are created due to  failures – faults and with the passage of time they are eroded by water and their  strength decreases.

Head of Earthquake Planning & Protection Organization, Efthymios Lekkas told media that the area in Kakia Skala is of high risk for landslides.

Meanwhile opposition parties are seeking for Transportation & Infrastructure Minister, Kostas Karamanlis, but he nowhere to find still over 30 hours after the incident.