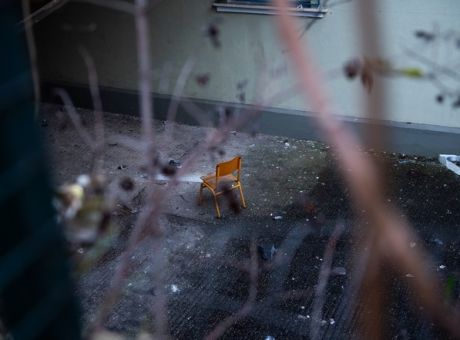 A 12-year-old pupil was killed and two others were injured hen the boiler at a primary school in Serres, northern Greece, exploded on Monday.

The sixth grade pupil was rushed to local hospital unconscious and there doctors could only confirm his death.

The two other pupils, aged 6.5 and 11, were taken to hospital with injuries, while   their lives are not in danger, local media reported.

Later, state broadcaster ERT reported that while the 11-year-old was discharged after receiving first aid, the 6.5-year-old boy had to be transferred to the city of Thessaloniki due to head fracture and eye injuries. 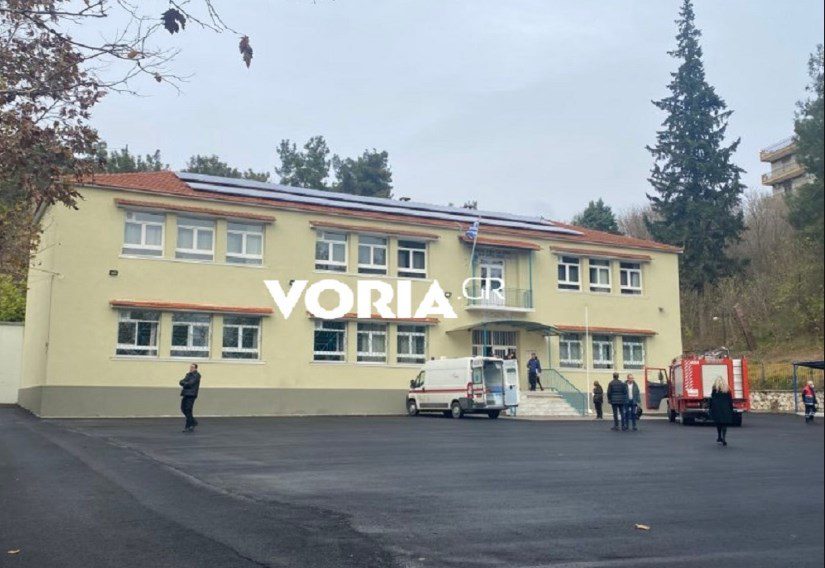 Together with other students, the three victims were in the school back yard during the break, when the incident took place at 2:30y Monday afternoon. They had moved there to play due to rainfall.

The strong explosion in the boiler threw the heavy iron of the room some 30 to 40 meters away, fatally injuring the 12-year-old boy and slightly injuring the other two aged 6 and 11.

The door that was dislodged by the explosion and thrown a great distance is the blue iron door shown in the photo below: The cause of the explosion remains unknown until now.

The boiler room is located in the ground floor and most likely the explosion occurred in the heating oil boiler, note local media aveserres.gr.gr

The heating system of the 9th primary school ran on heating oil, although a geothermal system was also recently installed but not in operation yet.

Concerned parents rushed to the school as soon as they heard of the explosion. “The burner used to be an oil burner”, underlined Nikolaos Tsiotsios, the director of the primary school. He added that he disagreed with the new project which is under the responsibility of the Municipality.

Maintenance of schools and therefore of boiler rooms and the maintenance of heating systems concern the Municipalities.

With reference to the tragic incident, director Tsiotsiou stated that the responsible engineer of the project had informed them that due to damage to the new heating system, the school should be heated as before, that is, with oil.

The director accused the contractor and the workers for doing works during the school operation time.

“They used to come and go whenever they wanted to. they came today for the final adjustment and told us that from now on we  won’t use the heating oil boiler as the geothermical system would be in operation,” Tsiotsios told state-run news agency amna..

“The boiler room exploded because apparently they didn’t disconnect the oil boiler and let it run normally. I was told that it has been disconnected. I can’t attribute the explosion to anything else, because the boiler was the one that exploded,” the director stressed.

The Ministries of Interior and of Education reassured that a full investigation into the causes of the tragedy will be conducted.