Breaking News
Home / FEATURED / “Progress has been made on EEZ delimitation with Albania,” says Greek PM 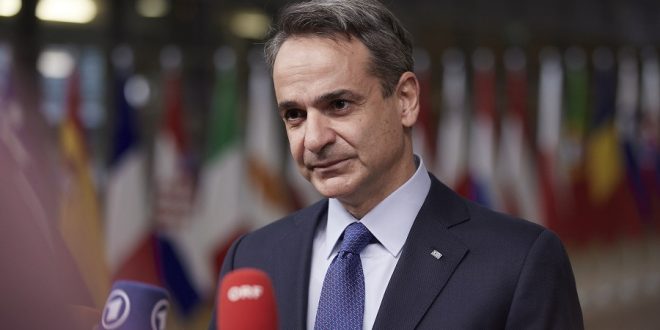 December 6, 2022 FEATURED, Greece, Politics Comments Off on “Progress has been made on EEZ delimitation with Albania,” says Greek PM 220 Views

Progress has been made on the Exclusive Economic Zone (EEZ) delimitation with Albania, Prime Minister Kyriakos Mitsotakis said on Tuesday.

“We are approaching the time when we will sign the relevant special agreement for the recourse of the issue to the international court in The Hague,” the Greek PM added upon his arrival at the EU-Western Balkans summit held in Tirana.

Mitsotakis underlined that Greece has proved that it can resolve such pending issues based on international law and this is what we will seek to do in this case as well.

And for the prospect of the integration of the Western Balkan countries into the European Union, the PM expressed satisfaction that such a summit is hosted in a country candidate for accession for the first time.

The historical visit of a Greek Prime Minister to Himara and areas where members of the Greek community in Albania live has been cancelled due to bad weather conditions.