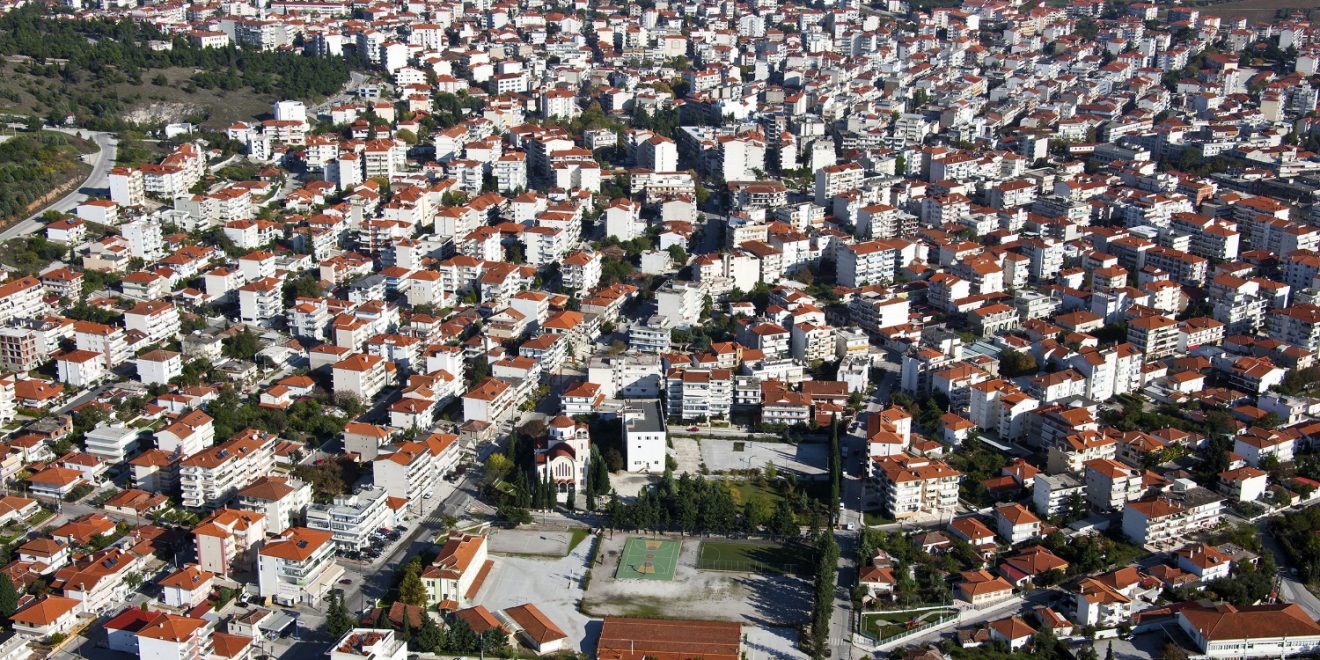 “Kilkis does not exist” No one knows how conspiracy theories start but we we certainly know how they are spread nowadays: via the social media. No matter how crazy the theory and rumor, it easily goes viral spreading across one country and beyond…

The new viral claim among Greek internet users on Reddit and Twitter refers to the regional unit and the city of Kilkis in Central Macedonia, northern Greece.

“Kilkis does not exist”

One after another, Greeks post comments, pictures and even videos and wonder about the real existence of the city and consequently the regional unit.

Kilkis regional unit marked as “blank” on the map below. 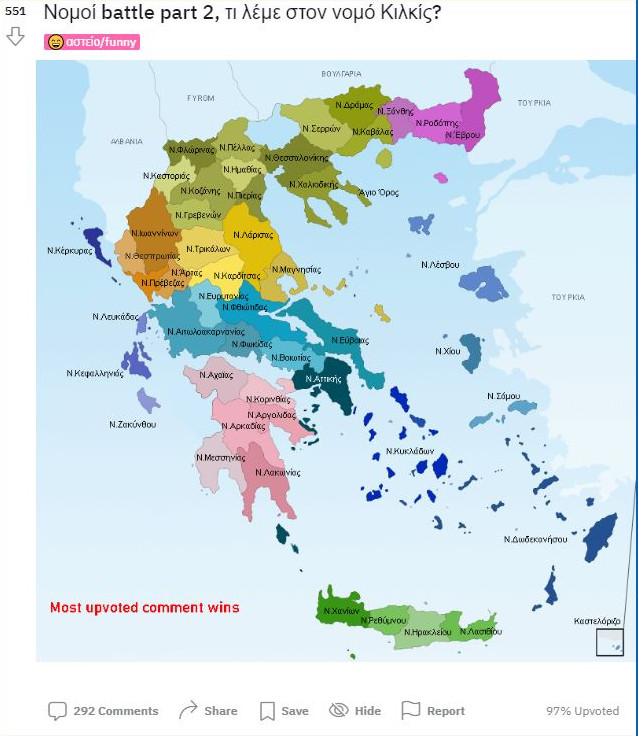 Several of them have posted that they “never met anyone from there.”

Some others noted: “I’m surprised that there are still people who belive that Kilkis exists.”

They also claim that the existence of Kilkis is “an urban legend.”

“Kilkis exists simply as an indication on the map because there was a gap there that should have been filled up. According to the legend, if you go to Kilkis you’ll see 2D paper buildings. I’ve never met anyone who know someone from Kilkis.”

Another user posted a picture of “a room filled with people living in Kilkis?” 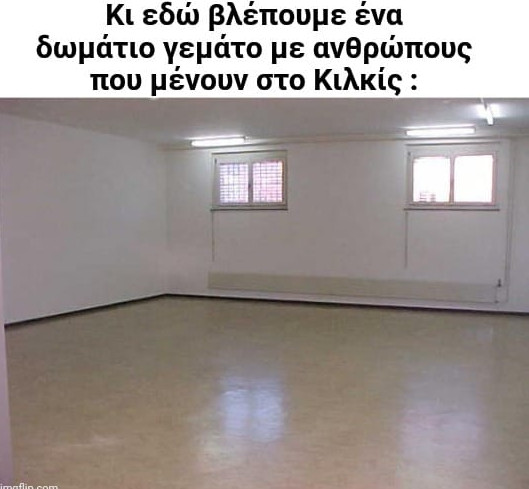 Some of the most distinctive posts here on news website in.gr that also uploaded the article on its Go Fun section.

According to wikipedia, the town of Kilkis has over 22,000 registered residents. but who knows who wrote this post… 😉

PS I personally do not know anyone from Kilkis but a cousin of mine had always claimed that the mother of the godfather of the son of the kiosk man in her neighborhood was from Kilkis.

On the other hand I can assure you that the town of Sparti, Thiva and Agrinio exist as I have been there – at least in the past.

As for Grevena and Pyrgos… a friend of mine claims that her son has a job in the public administration of Grevena and another cousin of mine insists that her husband’s family is from Pyrgos.