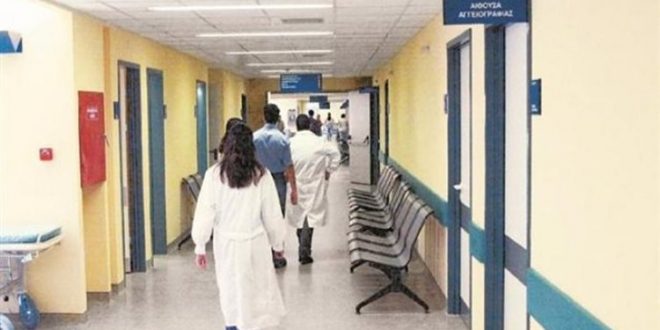 Hospitalized patients refuse to be discharged when their health improves, because they have nowhere to go and cannot afford the cost of living. This shocking complaint was made by the president of Hospital Workers Union POEDIN on Thursday.

President of POEDIN, Michalis Giannakos, made public stories of people who use hospitals as shelter as they have nowhere to go.

Speaking to OPEN TV, Giannakos stressed that “hospitals are facing a major social issue” that is not easy to manage by the social services, and they are also loading the hospitals with money.

There are patients admitted to hospitals who have serious financial problems and who when their health is restored, refuse to be discharged.

“Of course, the doctors cannot throw them out on the street,” Giannakos added.

For those who don’t have a home, the social services should take care of finding a welfare unit.

However, welfare units are scarce

“In Attica, there are 200 accommodation places which are full and for which the waiting lists are one year long,” the PEDIN president pointed out.

In private units, the price is 700 euros per month, even for the ones run by the church.

“A person who receives a 400 euro pension cannot afford them. And that’s why social services in hospitals have really given up.”

Giannakos spoke about a story that recently unfolded at a public hospital in downtown Athens. It needed the doctors’ intervention to find a solution.

A patient, “an old woman with 400-euros monthly pension, with the Public Power Corporation to have cut the electricity due to a debt of 700 euros.

The PPC wanted 1/10 of the debt paid in advance, that is 70 euros in order to reconnect the power.

“Colleagues made contacts with PPC to connect it tso that the pateint could be discharged, the PPC insisted on 70 euros. This money was given. Finally, she went home and now there she has no food, no heat. It is the neighbors who provide her with food,” Giannakos said.

This is another example of the old Greek governments tradition with a very tight budget for social welfare and facilities for the needy even in times of hardship like the current energy and cost of living crisis.

A Greek tradition since …ever.

Of course, the old woman could made use of the “household basket,” the fuel-pass, apply online for heating allowance …if she only had the skills and the money to benefit from the government’s subsidies….