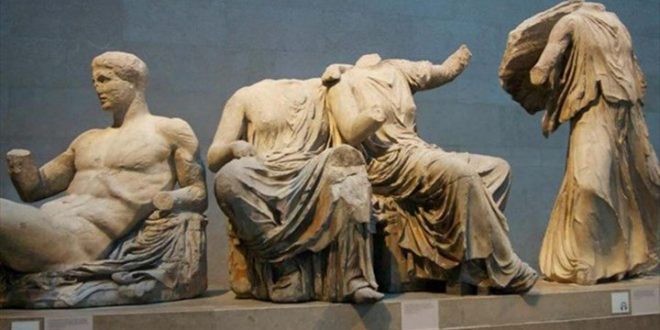 January 6, 2023 Archeology, Culture Comments Off on Greece: “British Museum has no legal right to Parthenon Sculptures, a product of theft” 311 Views

With several days delay, the Greek Culture Ministry officially reacted to reports there was a secret deal with the British Museum for the temporary loan of the Parthenon Marbles to Greece.

Greece does not recognize that the British Museum has any legal ownership rights to the Parthenon Sculptures, as they are a product of theft, the Culture Ministry  said in a statement on Thursday.

This is the permanent Greek position on the issue , it added.

The ministry responded to foreign news reports in the last two days that asserted the Greek government and the Museum are close to reaching an agreement that would bring the Sculptures to Greece on loan and in exchange for other objects borrowed from Greek museums.

“Since the beginning of its tenure, the government has acted with seriousness, responsibility, sensitivity, and effectiveness, in order to implement the national goal of the return of the Parthenon Sculptures to Athens and their reunification in the Acropolis Museum. This is undoubtedly testified by a series of events in the last two years: from UNESCO’s September 2021 decision, and the final (sine die) reunification of the Fagan fragment, to the turn in sentiment by global public opinion and its support of the Greek request.

“We repeat, once more, Greece’s fixed position that it does not recognize the British Museum’s right of possession, outright possession, and ownership of the Sculptures, as they are a product of theft. Therefore, the main opposition should stop expressing a frenzy of enthusiasm. We would expect, in this national effort, that small-minded party calculations would stand aside and everyone join together. Unfortunately, we are not seeing this. For some, their first goal is to harm the government, even through lies, indifferent to whether they are damaging the country. That is unfortunate.”

Leaks about the secret deal sparked an uproar in Greece as a “loan” would mean that the country would recognized the ownership of the British Museumon the stolen sculptures.