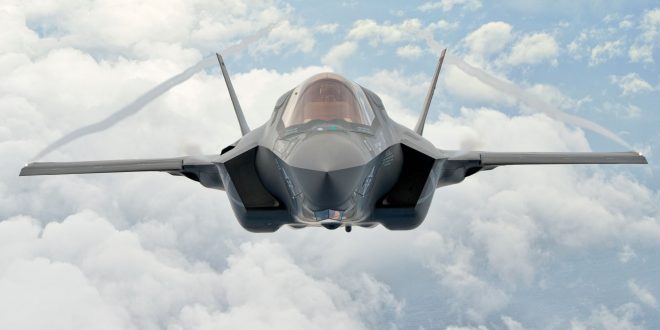 U.S. Senate Foreign Relations Committee Chairman Bob Menendez expressed his clear opposition to the sale of F-16 fighters jets to Turkey warning that he will veto such a decision by the Biden administration.

Speaking to Mega TV, Menendez said that the U.S. State Department should adopt a firmer stance toward Turkey instead of calling on both sides to tone down their rhetoric or find a peaceful way to resolve their differences, when only the one side was being belligerent.

Menendez welcomed the sale of F-35 jets to Greece, noting that Greece has proven itself a strong ally in NATO, with a government and a people that “share our values”, while noting that this plays an important role in the sale of American military equipment abroad.

When asked what will happen with the sale of F-16s to Turkey, the U.S. senator replied: “I would aspire for Turkey to be different than it is under President Erdogan. For Turkey to be the reliable NATO ally, to follow the international norms, to not be belligerent to its neighbors, to not arrest and imprison journalists and lawyers. To not suddenly declare one of your main political opponents guilty in order to disqualify them from standing in the elections… It is in that context that I have opposed the sale of the F-16s, because at the end of the day, the reality is that we have not seen a Turkey under Erdogan that lives up to those expectations.”

Instead, he added, “what we have seen is a Turkey that threatens another NATO ally, the Hellenic Republic and threatens it without justification, without cause.” So, he said, in his opinion it would “baffling” to sell military equipment to Turkey when it takes such actions and when it clearly demonstrates, again and again, some of its intentions.

He also said that the Biden administration might use his own stance toward the sale as a way to get Turkey to act differently and, if that happens, “it could be a positive thing”. But as of now, Menendez added, he intends to continue to do what he has said he would do, which is to not approve the sale.

Meanwhile the US State Department made clear of one more time that Turkey will not be rejoining the F-35 program.

To a question posed by news website Hellas Journal to US State Department spokesman Ned Price clarified that there is no question of Turkey rejoining the F-35 program, as the neighboring country continues to remain under the CAATSA (Countering America’s Adversaries Through Sanctions Act) sanctions regime due to the acquisition of the Russian S-400 system.

“Nothing has changed regarding Turkey’s suitability for the F-35 program. The Ministry of Defense issued the statement (on the second round of consultations). This is a discussion about how we will gradually bring elements of this program to completion,” price stressed.

Turkey was kicked out of the F-35 program in 2021, claiming $1.4 billion it had paid as an advance payment for the delivery of the first five fighters. However, in Washington they believe that the pickup was not Ankara’s fault, as Turkey defied repeated private and public warnings, thereby knowingly violating US law.