According to NewsIt.gr, short before midnight, security cameras showed Kareli laying in his bed but feeling rather uneasy “taking deep breaths and his chest moving up and down.” 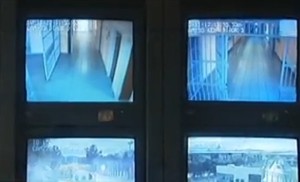 An investigation is underway, an autopsy is to show the cause of Kareli’s death.

On March 25th, Kareli had stabbed prison guard Giorgos Tsironis, 46, with a sharp tool he had made from a part of a door frame. Tsironis died immediately.

Kareli told the prosecutor, he attacked Tsironis, “because he was refused leave to see his frail mother.”

Right after the murder, Ilya Kareli was transferred from Malandrino to Nigrita for security reasons.