October 5, 2016 Politics Comments Off on Remains of 16 Greek “Noratlas” soldiers shot down in Cyprus return home after 42 years 181 Views

Forty two years after Greek air-force transporter Nord Noratlas “Niki 4” was shot down by friendly fire in Cyprus, the remains of 16 commandos returned home. In an emotionally laden ceremony, the remains in coffins, draped with Greek and Cypriot flags and with a laurel wreath, were handed over to their families. They were then transferred to the homeland of each commando to find the eternal peace.

Bringing the dead home marks the end of tragedy that lasted 42 years. 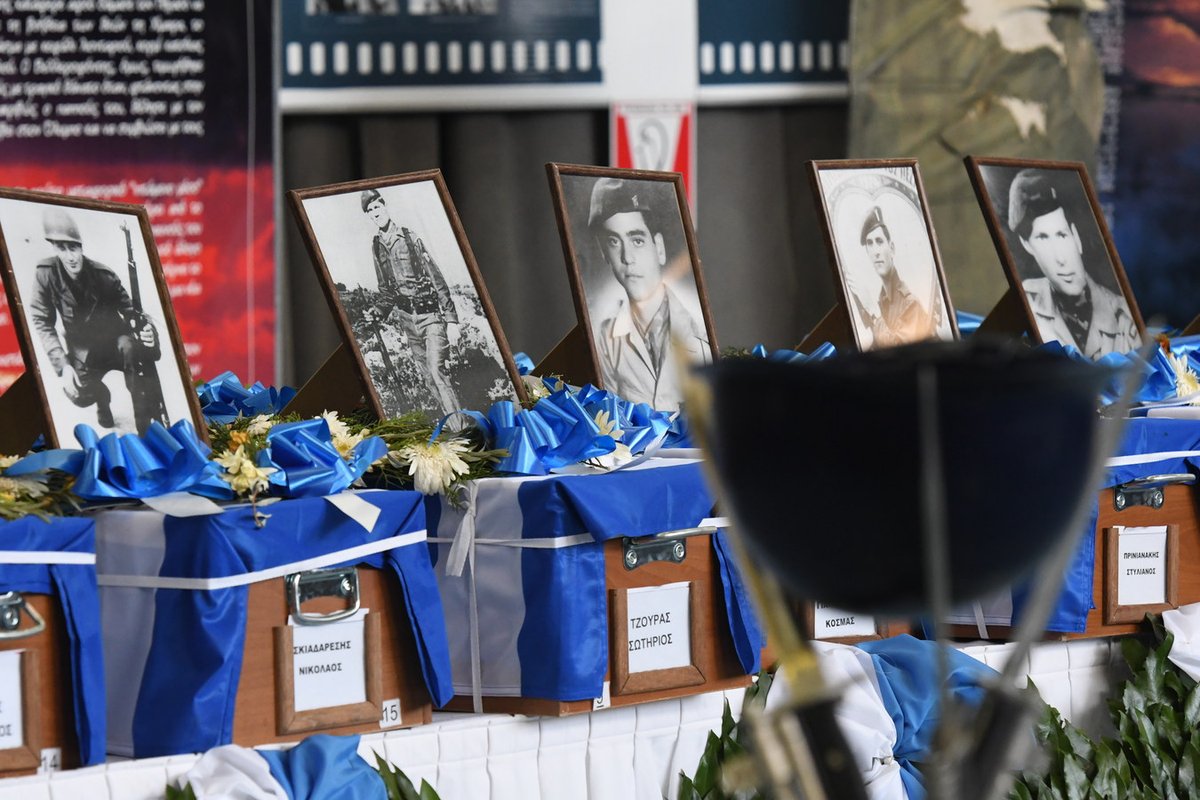 The Greek and the Cypriot governments apologized in front of the families and relatives of the soldiers.

On the first days of  Turkish invasion to Cyprus,the Noratlas was mistakenly shot down by the Cypriot air-defense, the National Guard.

In the early morning hours of 22nd July 1974, the military aircraft transporting 32 Greek commandos to aid the Cypriot forces against the Turkish invaders was nearing the airport of Nicosia.

The plane went down under withering volleys of friendly fire from the airport’s Greek Cypriot defenders, who were fearful of an imminent landing by invading Turkish forces to take the strategically important area.

The Noratlas was one of 13 aircraft that arrived from Greece to help defend against the Turkish invasion, triggered when supporters of Cyprus uniting with Greece mounted a short-lived coup.

Accounts from the time suggest word of the plane’s arrival reached the airport’s defenders too late. Fire from anti-aircraft batteries and other small arms tore through the Noratlas, which burst into flames and crashed several hundred metres from the now defunct airport that straddles a UN-controlled buffer zone. – via the Guardian

However, among Greek military circles it is claimed that the then junta regime in Athens had not informed the Greek Cypriot authorities in time about the Noratlas.

Only one person survived the crash.

The remains of 12 soldiers scattered around the crash site were collected and buried at a Nicosia cemetery. They were later identified through DNA analysis.

Last year, Cypriot officials searching for the remains of Noratlas discovered shards of metal near a war memorial on the outskirts of Nicosia. The discovery raised hopes that the bodies of the 19 soldiers still believed to be inside the plane’s incinerated fuselage could be recovered and returned to their families.

The bodies were recovered, DNA analysis identified the missing soldiers.

Now they are home – even with 42 years delay. 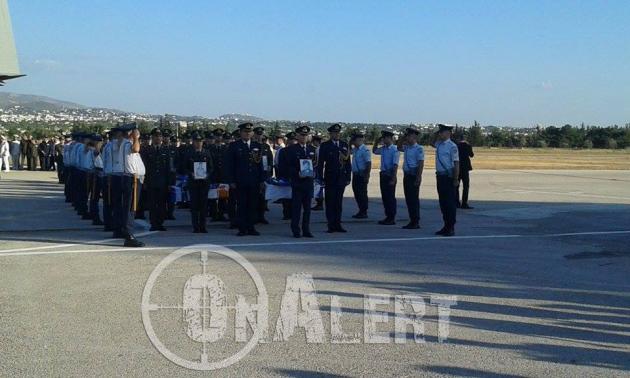 More pictures from the ceremony here.