Greece holds the top fourth position among the countries that are getting more miserable in 2017. According to Bloomberg’s Misery Index, it is Venezuela that tops the list for one more time. Venezuela is followed by South Africa, Argentina, Greece, Turkey and Spain.

If 2016 was the year of political shocks, this year could be when we find how they’ll impact the global economy. Bloomberg’s Misery Index, which combines countries’ 2017 inflation and unemployment outlooks, aims to show us just that.

For the third year in a row, Venezuela’s economic and political problems make it the most miserable in the ranking. The least miserable country is once again Thailand — in large part due to its unique way of calculating employment — and the rest of the ladder features noteworthy moves by the U.K., Poland and Mexico, to name a few. 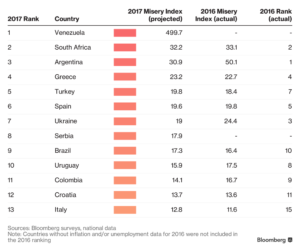 Greece tops the Misery Index among European countries and it is followed by Spain. 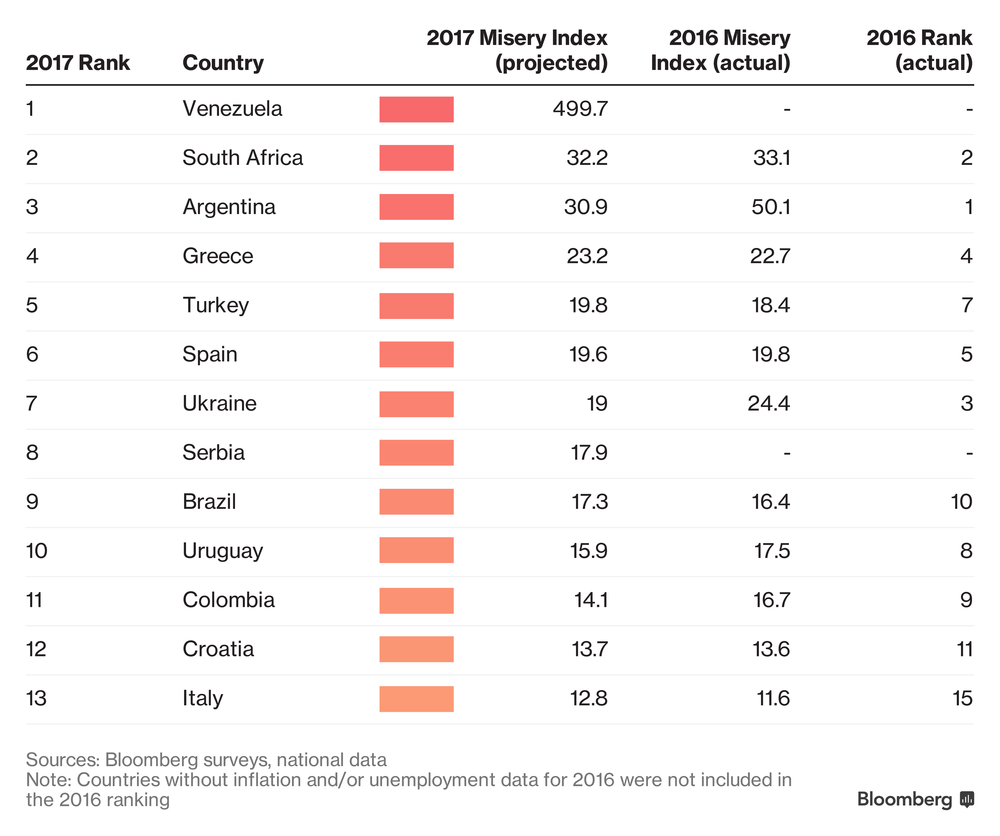 The Misery Index is an economic indicator, created by economist Arthur Okun. The index helps determine how the average citizen is doing economically and it is calculated by adding the seasonally adjusted unemployment rate to the annual inflation rate. It is assumed that both a higher rate of unemployment and a worsening of inflation create economic and social costs for a country.