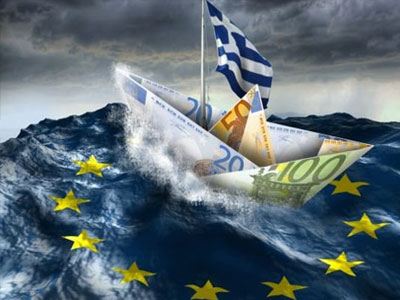 The Week: America is turning Puerto Rico into Greece

I can’t help but remember German Finance Minister Wolfgang Schaeuble every time I read somewhere the word “Puerto Rico.” In 2015, Schaeuble offered  US-Treasury Secretary Jack Lew swap burdens of Puerto Rico with those of Greece. Would the swap have been a good deal for Germany and the Eurozone? Hardly.

The Week: America is turning Puerto Rico into Greece

Greece is an economic disaster zone. Austerity imposed at economic knifepoint by eurozone authorities — the European Central Bank, the European Commission, and the IMF — cut spending and raised taxes, which naturally deepened the country’s recession and increased its debt burden by throwing more people out of work and undermining its economic strength.

And now America is doing the exact same thing to Puerto Rico, its Caribbean colony.

For a variety of complicated reasons, the island has landed in a debt crisis similar to Greece’s. But instead of learning from the staggering disaster created in the eurozone, Congress and President Obama in 2016 decided to turn the nation over to a bunch of Wall Street goons. They passed a law creating a “fiscal control board,” more rightly called “la junta” by Puerto Ricans, as it is essentially a dictatorship of unelected technocrats.

The roots of the economic problems in Puerto Rico are long and complicated. In brief, the island used to be a manufacturing hub due to a corporate tax exemption, but that was phased out by Congress in 1996 without any compensation. That and its odd treatment in shipping laws led to economic problems. The fact that Puerto Rican debt is exempt from federal, state, and local taxes (again due to a quirk of tax law) led Wall Street to offer extremely generous loans (to serve as a vehicle to stash cash tax-free), which papered over the economic problems for a time. The result was a buildup of $70 billion in debt and an eventual economic crisis. Then the island started hemorrhaging residents, as Puerto Ricans fled to the mainland looking for work.

However, the solution to such a problem is relatively straightforward. Puerto Rico cannot possibly repay its debts on anything like a short-term schedule, and probably not ever. It needs, first and foremost, a reduction on the amount owed, and an extension of the payment schedule — which is only fair as the debts were largely the product of moronic federal policy and Wall Street greed.

Of course, Puerto Rico would ideally be put on a more solid economic footing, too, with genuine economic reform to restore growth and employment. But that means things like infrastructure investment, sorting out its goofy treatment under tax and shipping law, and granting it full Social Security and Medicaid benefits (which it currently does not have). What will only hurt it is counterproductive austerity and attacks on labor that neoliberals misleadingly label “structural reform.” In the short term, it needs more spending, not less.

Politically speaking, this crisis is the direct result of Puerto Rico’s colonial status. It has no representation in Congress, no electoral votes, and does not enjoy the legal protections of statehood. As a result, Congress has yanked it around based on the whims of the mainland, often forgetting all about it for decades. By rights, it ought to be made a full state immediately, in addition to the reform package outlined above, as compensation for decades of colonial domination.

Instead, President Obama and the Republican Congress went the opposite direction, imposing a quite literal dictatorship under the Puerto Rican Oversight, Management, and Stability Act (or PROMESA, Spanish for “promise,” how cute). Its seven-member board is not accountable to the Puerto Rican government, and has final say over “budget, laws, financial plans, and regulations.” The act also granted special permission to lower the island’s minimum wage for workers under 24 and a blanket exemption on new overtime rules.

It is no surprise the board is demanding eyewatering austerity — $1.5 billion in new taxes and $3 billion in cuts yearly, to be implemented over the next two years. These are gigantic cuts in an economy whose total size is about $70 billion, and would by the board’s own estimates cause the economy to shrink by 16.2 percent next year.  -Puerto Rico’s new governor, a non-voting board member, naturally wants somewhat less austerity -. (full article in The Week)

Just think that Puerto Rico’s public debts was $72 billion and according to local officials “not payable”.

I have no idea whether Schaeuble gave Lew some advice in the direction of “how to treat a colony.”