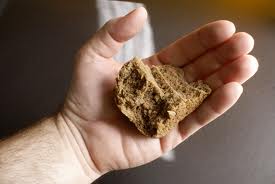 Poverty: Student collapses in school after gone without food for 3 days

In crisis-hit Greece, some people suffer silently. In the empty four walls of their homes, isolated from the society, the poverty victims feel the pain of the unprecedented humanitarian crisis. Their plight is revealed the moment things have reached bottom. The drama of a family was exposed when one of the children fainted in school right in front of  the school director.

The 17-year-old girl collapsed right in front of the school director in one of the high schools in Patras, Peloponnese, on Wednesday morning. The scchool personnel found out that she had not eaten anything in the last three days.

Local media report that the family has two more children aged 10 and 14, the mother is unemployed and the father had left them long ago.

The school director called on local organizations and citizens to make food donations for the family in need.

Local non-governmental organization ΦΩΤΕΙΝΟ ΑΣΤΕΡΙ  (Shining Star) published the poverty incident on its Facebook page making public two phone numbers for anyone who would like to help the family.

On the website of the humanitarian organization that helps children in need up to 16 years old, there is also a Donations page with an IBAN.

Poverty is widespread and such phenomena are not rare.

Such phenomena that pupils and students collapse due to starvation occur often since the economic crisis erupted, aid workers told media.

“Due to her age, the girl was ashamed to say she fainted because she was starving for three days,” F.A. officials said noting that there have been dozens of malnourished students in the broader area.”Younger children speak more easily about their problem,” secretary Nikolakopoulou said.

She reckoned of another incident where the organization was called to help five families whose children were in a local kindergarten.

There are 420 families the organization helps and some travel from the mainland to Patras in order to get food and clothing.

Among the worst cases is a family where both parents are hit by cancer and are unable to financially  sustain their minor children.

Another case was a family consisting of  a father and a minor child in kindergarten age, who had no home and were living in a car.

“The kindergarten informed us about this two-member family,” F.A. president Christos Spiliotopoulos said adding “luckily enough, within 15 days a company that offered the father a job was found.”

Some schools had an aid program distributing free breakfast or snack to students. But the demand is much bigger than aid organizations can cover. Poverty is here in Greece and affects more than 33 percent of the society.