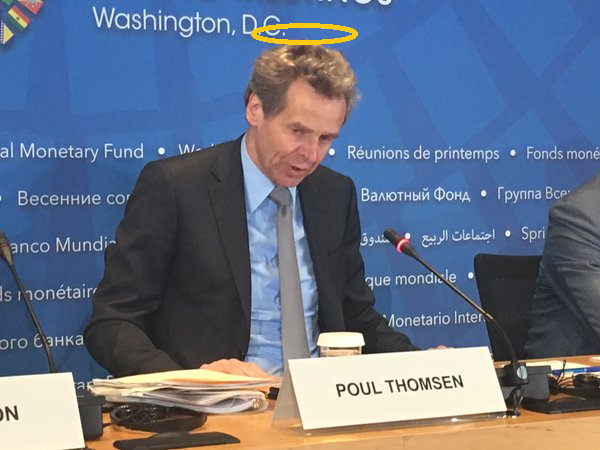 IMF Thomsen: Greece will need at least 20 years to return to pre-crisis levels

March 24, 2017 Economy Comments Off on IMF Thomsen: Greece will need at least 20 years to return to pre-crisis levels 221 Views

Greeece will need at least twenty years to have its GDP return to pre-crisis levels. This message full of … spring optimism was transmitted by Poul Thomsen, in charge of the European program of the International Monetary Fund.

Speaking at a conference in the University of Oxford, Poul Thomsen said that Greece will need many years of assistance from its European partners.

He sharply criticized the Greek governments on the implementation of the austerity programs. “the focus of the programs was excessively on the reduction of wages than on reforms of the products markets.”

He spoke of “terrible resistance in regards with the opening of closed professions.”

He insisted that Greece for years enjoyed pensions like Germany, while he recognized that Greek pensioners support while families.

It was skai.gr that reported so much from Thomsen’s speech.

I am sure his speech was lengthy and contained also other distortions of reality.

If I am not wrong – and I am not!- it was the International Monetary Fund that pressed for the reduction of the minimum wage in Greece. It was the IMF that managed to lower it from 750 euro gross down to 586 euro gross in 2011.

It was managing director Christine Lagarde who was insisting on further lowering even in 2012, claiming minimum wage in Greece was higher than in Croatia – a non-eurozone member country.

It was the same IMF that insisted also in July 2016 that the €586 gross should be lower.

Needless to say, that Thomsen -and any Thomsen- can claim whatever he wants in front of an audience that most likely does not have the adequate knowledge to question or  refute such haughty claims.

Of course, I wouldn’t expect something different form the IMF’s technocrats who probably still use the abacus to do the maths, calculations and projections.

Or else: IMF Saint Poul Thomsen on his next trip to Greece …