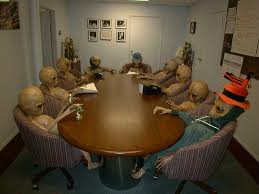 Reasons why teleconference between Greece and creditors was cancelled

According to government sources, the teleconference was cancelled because one of the representatives of the institutions could not attend it. The call may be held on Thursday before Finance Minister Euclid Tsakalotos’ departure to Malta for the informal Eurogroup meeting. Or he may meet with the representatives of the institutions in Valletta before the meeting.

Citing  “European sources,” some Greek media report that first of all it was the representative of the International Monetary Fund who could not attend. IMF’s in charge of the European program, Poul Thomse, was in FYROM. He was key note speaker at an event and he had originally said he would participate in the teleconference from Skopje.

KTg undertsands that the two sides were to agree on issues about the additional austerity measures for 2018 onward and whether the pension cuts would be gradually or one-off.

According to sources from the Greek Finance Ministry, the call was cancelled also due to a meeting between Eurogroup head Jeroen Dijsselbloem and German Finance minister Wolfgang Schaeuble scheduled for Thursday. Creditors chose to be stand by and wait for the results of the Schaeuble-Dijsselbloem meeting.

A spokesperson of  German Finance Ministry did not reveal details about the meeting in Berlin, said merely “it is a normal, confidential conversation like many others within the Eurogroup – it is something special.”

Certainly, the Greek problem will be very high in the agenda of the confidential conversation. But it is also certain, the teleconference institutions knew about the Schaeuble – Dijsselbloem meeting that was scheduled anyway as a routine chat before the Eurogroup on Friday.

Meanwhile, Prime Minister Alexis Tsipras said on Wednesday evening that that there will be no need for an emergency Euro Summit. During a joint press conference with European Council President Donald Tusk, Tsipras  said that he will call for an emergency EURO Summit before Easter should the talks on the second review of the current Greek program stall at the Eurogroup meeting on Friday.

But hours later, when asked by state broadcast ERT whether to convene an extraordinary session on the Greek program, Tsipras replied “I don’t think so.”

At the presser, Tsipras said stressed he had already asked Donald Tusk to take the initiative and call for an emergency Summit of the Euro-zone countries “if no white smoke at the Eurogroup on Friday,” as he said characteristically.

PS Maybe Tusk told Tsipras he will talk with Schaeuble who will advice Dijsselbloem….