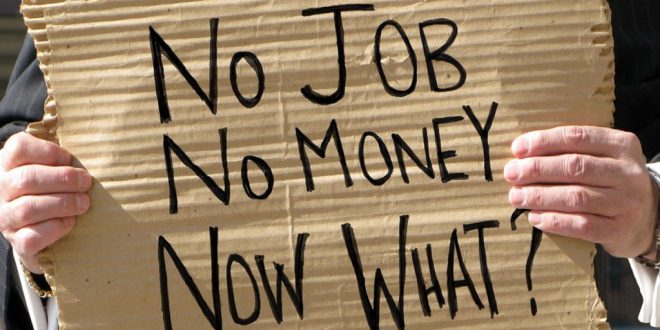 Only one in ten unemployed Greeks receives the unemployment allowance of 360 euro per month. Each unemployed remains out of the labor  market for more than two and a half years. At the same time, 350,000 families have no working member. The latest data released by Greek Labor Agency (OAED) and the Labor Institute of private sector union (INE/GSEE) are shocking – but not surprising.

The unemployment rate is still the highest in the EU.

Job quality is deteriorating, enforced part-time work is on the rise.

The jobless allowance of 360 euros is given for the period of 12 months only. Depending to several criteria, 200 euros per month can be given for one more year.

Mostly affected are young men and women aged 18-24 years old. One in two people in this category is without work. The rate among youth is at 50.4 percent.

At the same time, real unemployment deprives the insurance system of more than 7 billion euros.

The slight improvement  in unemployment rates – from 25% in 2013 – has partly to do with the following: 1. part of the unemployed has stopped looking for work 2. the subsidized training and employment programs 3. migration abroad. 250,000 people aged 20-34 migrated between 2010 and 2014.

Jobs are practically recycled work places  and not permanent jobs due to the subsidization. Such work contracts last maximum five months.

Migration has reduced and continues to reduce the volume and the rate of unemployment, especially among young people, because it has restricted the available labor force.

However, if we take into account other indicators, such as discouraged unemployed (those who are not available to look for work), involuntary part-time work, job seekers who are not available for various reasons (long distances between work place and home, sickness etc) it is possible to conclude that the real unemployment rate reaches 29.6%.

Not only the minimum wage went down to 586 euro gross in 2012. Part-time employees do not earn more than 300-350 euro per month. while young employees can ‘enjoy’ a salary of just 200 euros monthly.

It is estimated that Greece will need at least 20 years – until 2036- to have unemployment return to pre-crisis rates. Before the economic crisis, the general rate was at  7.3% in May 2008.