Breaking News
Home / News / Politics / Greece / PM Tsipras: Creditors are not our friends, all they care about is to get their money back 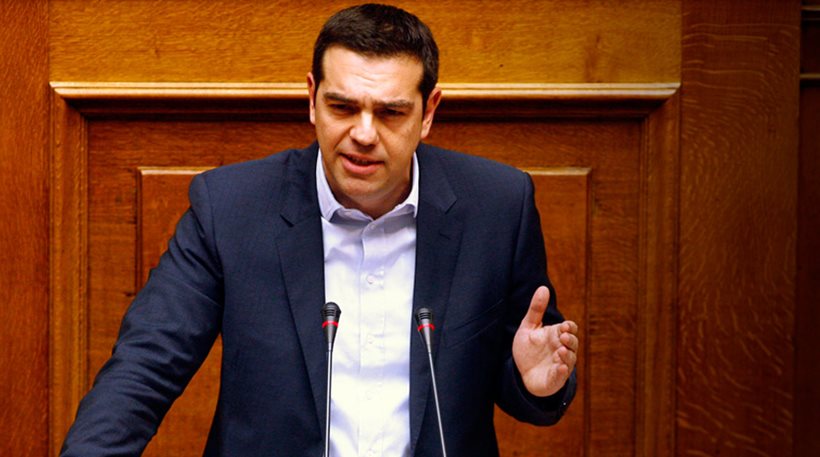 PM Tsipras: Creditors are not our friends, all they care about is to get their money back

“Creditors are not our friends, they stand opposed to us, they just want to get their money back,” Greek Prime Minister Alexis Tsipras told the parliamentary group of SYRIZA on Friday just days before the lawmakers of the ruling party will be called to vote in favor of 3.6-billion euro austerity measures.

“The creditors are not our friends, they are against us because what they care for is to get their money back. They are our lenders and we forced them to retreat from their initial irrational demands”.

Tsipras underlined that this government has brought offset measures, the return of the collective agreements, labour normality, and measures on the debt.

“Greece will stand again on its feet,” the Prime minister stressed.

He added that elections will be held at the end of the four-year term -in 2019- and that this government will get the country out of the supervision status.

“We are now in a position to plan the next day and another productive model, and we won’t do it with the institutions, both with the productive and creative forces, as well as the administration, and we have already started doing so,” the prime minister stated.

He stressed the importance of commitment to the reform policy.

He underlined that we should never forget our target, to get the country out of the memoranda and the sometimes humiliating supervision in the summer of 2018.

Speaking about the primary surplus of 2016, Tsipras said “we achieved over-performance because we combated the inter-wined interests, and the corruption.

The prime minister noted that “we secured offset measures with zero fiscal impact, we secured a balanced agreement.”

“It is not my intention to hide that we also made compromises as it is always the case with agreements,” he stressed.

He underlined that the most important thing of all is that the creditors are forced to proceed with substantial measures on the debt relief so that it is rendered sustainable.

Greece is obliged to legislate for the additional austerity measures before the next Eurogroup meeting on May 22, when important decisions for the second review of the Greek program are expected.