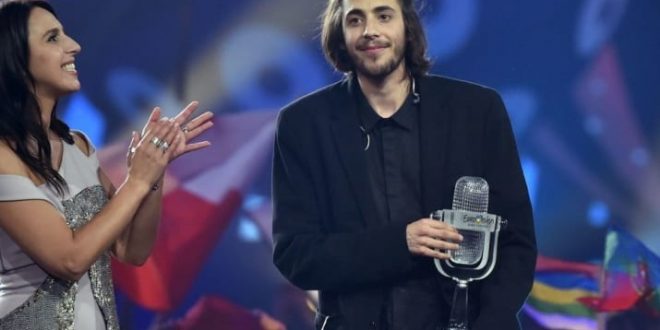 Salvador Sobral, 27, won with his love ballad Amar Pelos Dois, which was written by his sister.

He said on receiving the trophy: “We live in a world of fast food music. This is a victory for music… music isn’t fireworks, music is feeling.”

Their song, which translates as For the Both of Us, won top marks from both from the televoters and the countries’ professional juries, getting 758 points altogether.

Greece, Demy and This Is Love landed on 19th position in a list of 26 countries.

From the committees, Greece received a total of 77 points given by:

In Televoting, Greece received 29 points from the audience.