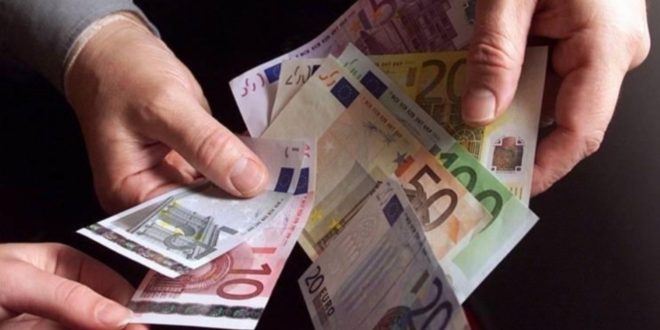 Τhe ministry of labor submitted in parliament on Tuesday evening a draft bill on a series of measures designed to protect labor rights. The bill aims especially to tackle undeclared, under-declared and unpaid labor as well as the issue of delayed salary and wages payments. among others the bill allows unpaid employees to claim unemployment allowance and also claimed their salaries and wages from the employer’s personal assets. It has been always a social provocation for unpaid employees of private companies to see their bosses on lifestyle magazines as they enjoyed  good times, while they were struggling for a loaf of bread and against a mountain of unpaid bills.

Minister Efi Achtsioglou announced stiffer controls for employers, such as advance electronic notification of overtime instead of one month later, in order to thwart those businesses keeping double books, depending on whether there had been an inspection or not, as well as electronic notification of the voluntary departure of employees, countersigned by the employee involved.

The bill gives employees additional ways to extract compensation for unpaid wages while requiring that courts issue decisions in such cases within 60 days.

For the first time, unpaid workers will have the opportunity to “escape” the status of being hostage to an employer refusing to pay. They will be able to receive unemployment allowance, once they prove that they haven’t being paid for a specific period of time – probably 3 months.

Furthermore, they will be able to claim their salaries and wages from the personal assets of the employer.

They will be granted the right for a civil action in criminal proceedings against non-paying employers (currently not possible.) and will be exempted for paying court fees for claims up to 20,000 euros. For higher amounts they will pay a reduced fee of 4 per thousand.

The bill in practice reverses a previous ruling by Greece’s Supreme Court that “failure to pay the employees’ earned salary, does not constitutes a harmful change in terms of the employment contract.” The ruling triggered an outrage as it gave the right to employers to delay salaries and wages payments for as long as they wanted, thus keeping employees in hostage status. Would the latter quit in order to seek another job, they would lose all rights incl claims for unpaid salaries.

The new bill also provides maternity protection to women involved in the process of surrogate motherhood and adoption.

The bill covers also other sections of labor issues like provisions on social security and labor, provisions added by the ministry, a group of provisions for people with disabilities and for social workers.

People receiving disability pension will keep receiving it for six months while they are awaiting for reconsideration of their disability rate by the state committees. Disability pensions are halted if the beneficiary has to pass through a committee. Something that takes place every two years.

PS I wonder what the creditors will say to all these revolutionary provisions.