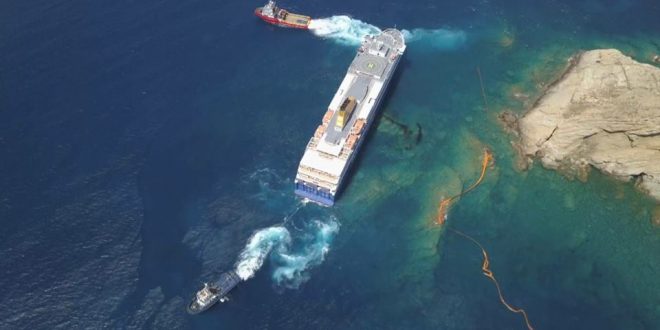 September 6, 2017 Very Mix Comments Off on Blue Star Patmos detached free a week after it ran aground off Ios (video) 1,042 Views

The operation to detach passenger ferry Blue Star Patmos was successfully concluded on Wednesday, a week after it run aground off the island of Ios with 205 passengers and  87 crew members on board.

Boats are towing the ferry  to the port of Ios, where is expected to unload the trucks and private vehicles from its garage. After minor repair works, Blue Star Patmos will sail to a shipyard.

Earlier, special divers had carried out a new inspection of the ship’s hulls.

A special ship had pumped fuel from the tanks for precautionary reasons, minor sealing works were performed.

The total damage has not been determined yet.

Another detachment operation was carried out last Friday, during which the tow boats moved Blue Star Patmos about 50 meters from the reef, leaving only the prow trapped.

According to news website Cyclades24.gr, during the operation on Friday, special teams made special measurements while they were trying to create more ship buoyancy by blowing air into the ballast tank where the water had had leaked from minor breaches. the aim was to ‘lift’ the ferry a few centimeters from the reef in order to make towing possible. 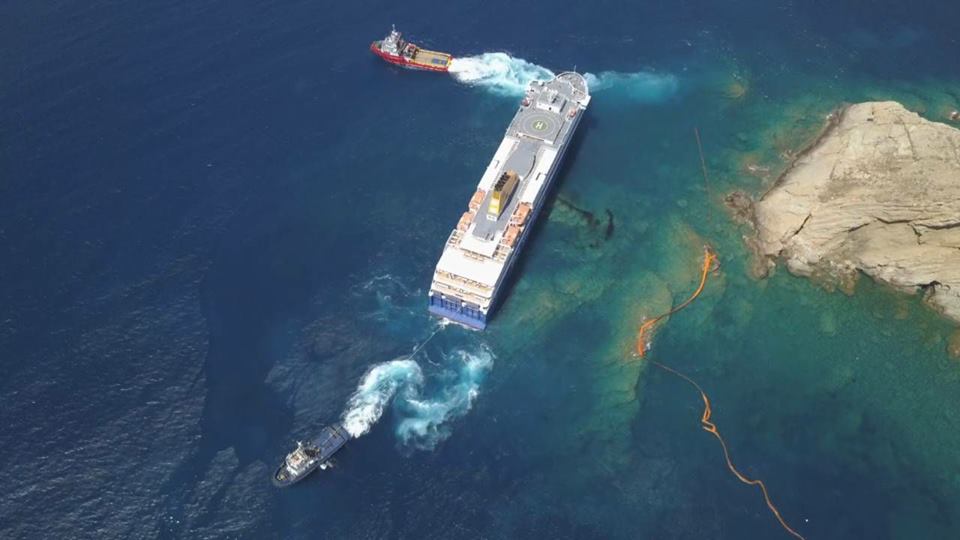 Blue Star Patmos ran aground at 01:45  a.m. local time August 30th 2017 while entering the harbor gulf of Ios island in the Aegean Sea.

After the impact, the Blue Star Patmos started taking on water on the starboard side. However, the leak was halted.

Blue Star Patmos was approaching the natural harbor of Ios coming from Naxos. “When it turned to the East to enter the harbor, it adhered on the reef, at a speed of 15-17 knots” Greek media reported on the first day adding  that as the ferry stood on the reef, its sinking was prevented.

Passengers and half of the crew were evacuated approximately two hours after the collision with the reef and were transported safely to the port of Ios in the high-speed catamaran “SuperJet” and the tourist boat “Vassilios”.