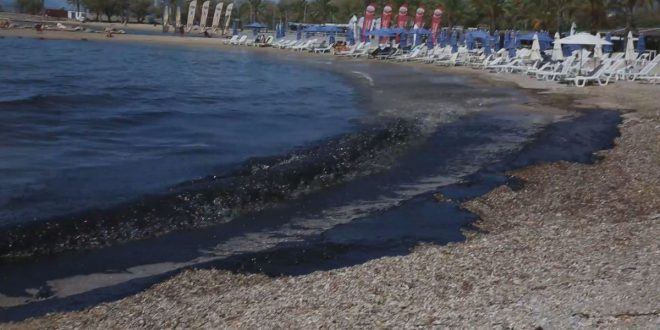 Tanker Oil Spill out of control, reaches Piraeus and beaches in Athens Riviera

September 13, 2017 environment Comments Off on Tanker Oil Spill out of control, reaches Piraeus and beaches in Athens Riviera 5,745 Views

With every wind blow, with every wave the oil spill sails a bit further. The thick, oily, stinky, black carpet breaks into pieces that now sail independently, swept away by the winds, the waves and the sea currents.

It is normally the penetrating smell of petroleum that has locals to go to the beach and see what has happened.

The fears have been confirmed: the oil spill from tanker Agia Zoni II reached the shores of the east part of the port of Piraeus. The shores of Piraiki and Freatida, the beaches where people would go for a daily swim and fishermen would set sail every morning are polluted. 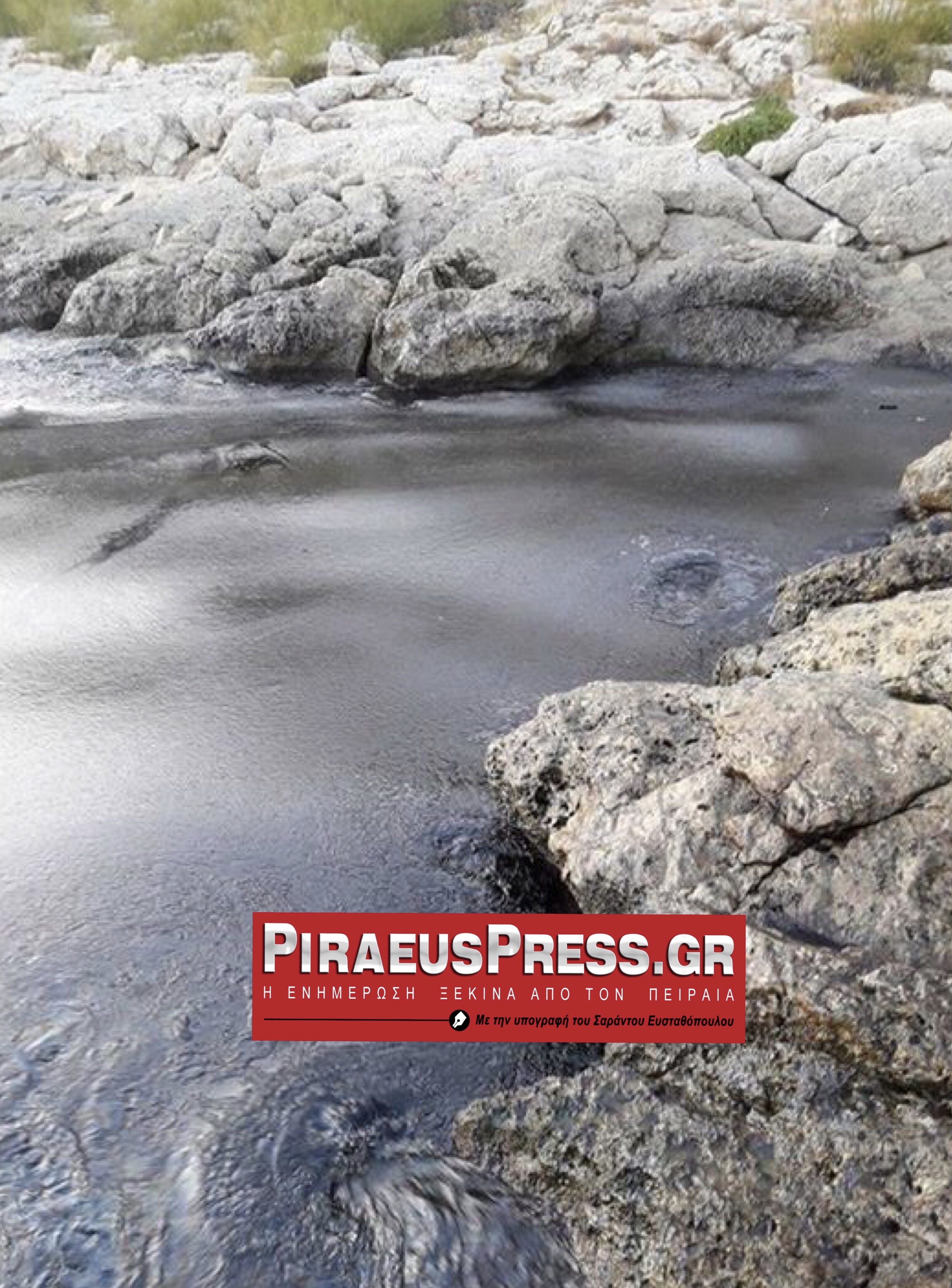 Beaches the residents of Piraeus loved to visit are now covered with tar. 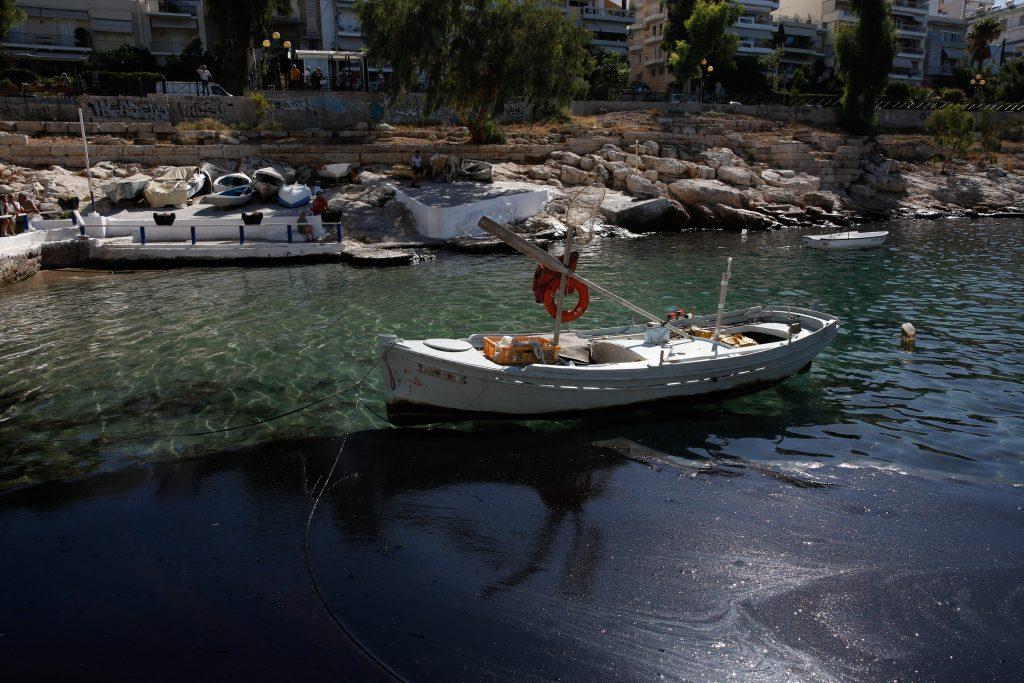 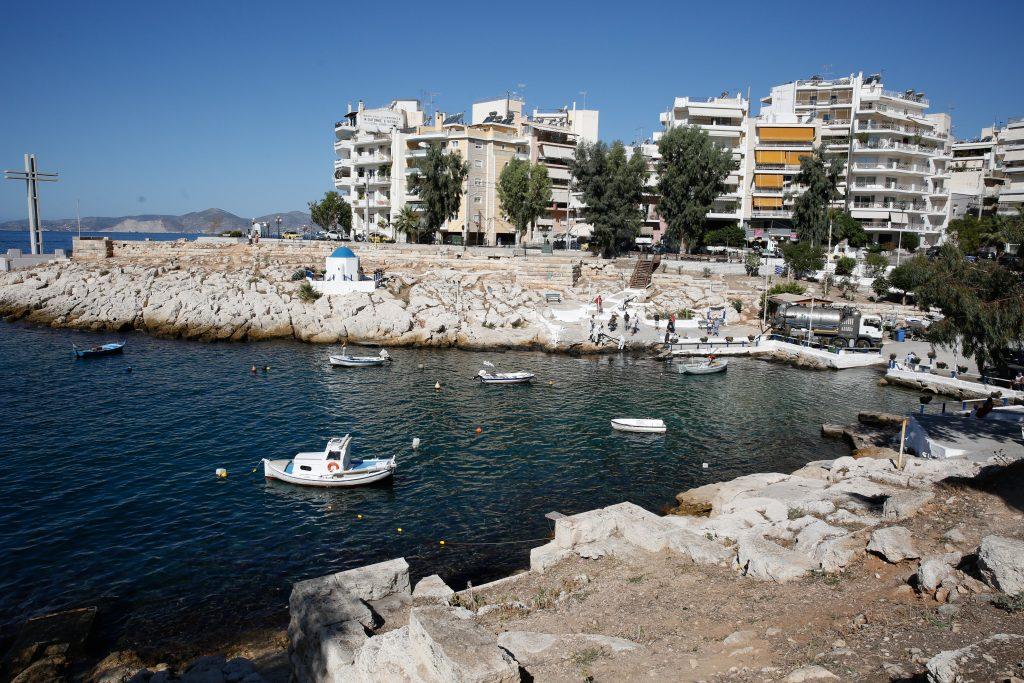 As the west winds have pushed the oil spill towards the East and the North, the pollution appeared Kalamaki, Elliniko, Agios Kosmas and Glyfada in Athens Riviera.

One swimmer told reporters that the oil spill appeared at Agios Kosmas around 11 o’ clock Wednesday morning. Four days after the tanker Agia Zoni II sank off the islet of Atalanti, between the island of Salamina and the port of Piraeus. 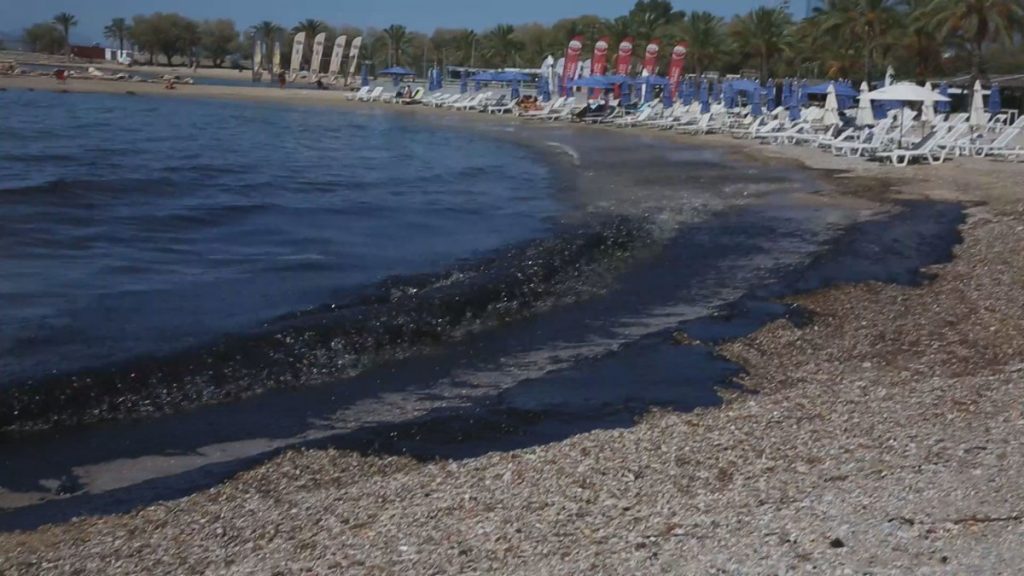 According to athensnewsagency, the oil spill has reached also the beach operated by the municipality in Ellinikon.

By 2 o’ clock the oil spill had reached the second beach of Glyfada. 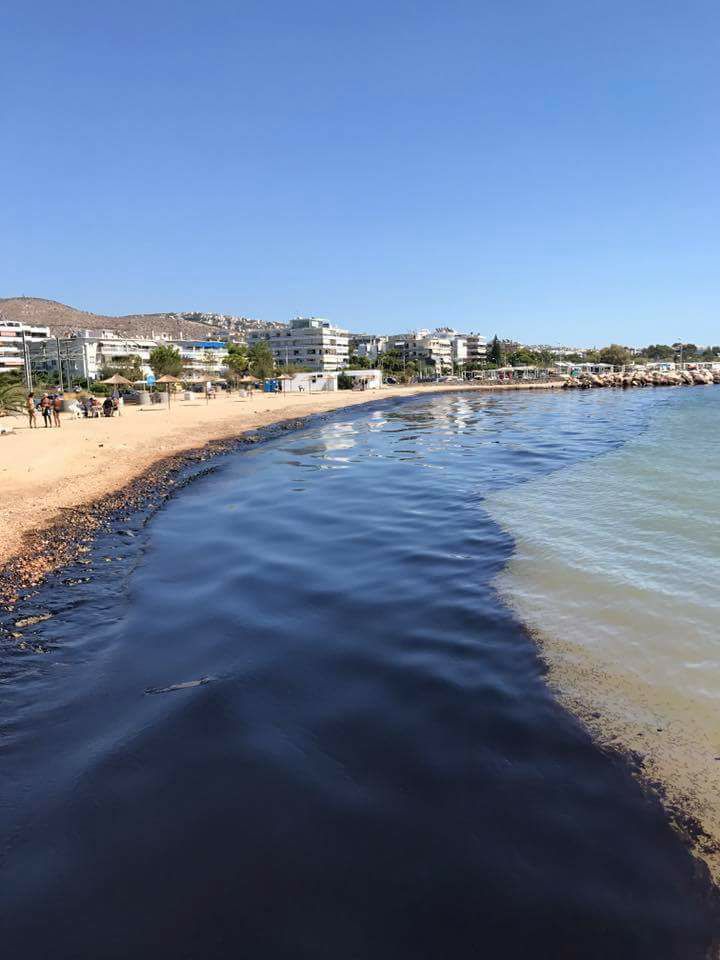 Efforts to clean the sea and the shores are continuing. 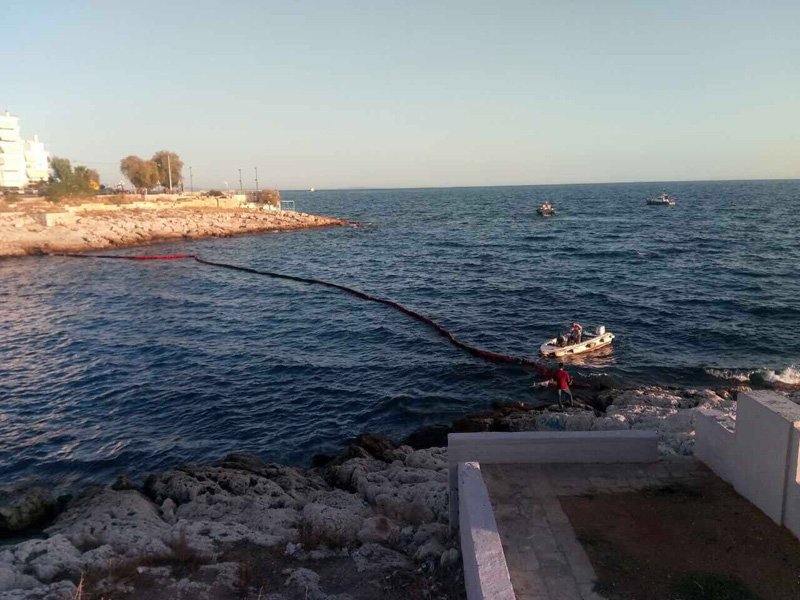 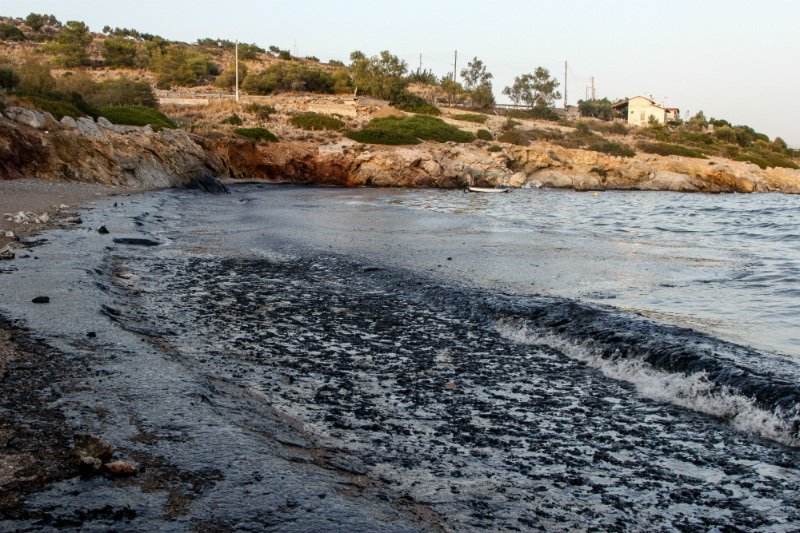 Following a request by the Greek Maritime Ministry, the EU has deployed AKTAIA Oil Spill Response Vessel to Salamina to assist the local efforts.

Coast guard vessels are seen in the Saronic Gulf throwing anti-pollution chemicals into the sea.

Experts estimated that some 300 tones of mazut leaked into the sea after tanker Agia Zoni II sank in the early morning hours of Sunday, September 10th 2017. The tanker was loaded with 2,570 tones of fuel.

The causes for the tanker’s sinking remain unknown.

SKAI TV reported on Wednesday noon, that there are thoughts to close all marinas across the Athens coastline.

from Piraiki peninsula – a crab soaked in tar?

From Salamina to Pireaus and from Freatida to Agios Kosmas and Glyfada, locals blame authorities and municipalities for responding too late to the disaster.

Some media claim that the floating dams were not put around the shipwreck in time and therefore the huge ecological disaster.

Government and local officials appeared confident that the situation was under control.

However, the waves and the winds are known to be famous for their deaf ears.

The situation is out of control, all municipalities at the coastline of  south Athens and Attica are on alert.

The fuel stench extends across the coastline.

PS Sitting at my desk in front of windows and doors wide open, I even sense occasionally a light odor of petroleum blended in the breeze coming from the sea.

Salamis SOS – The oil spill captured from a drone (video)