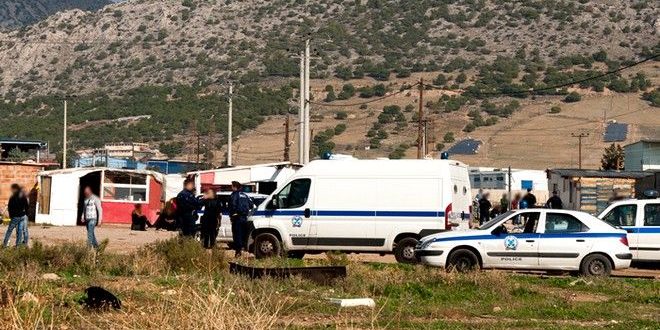 Three young men were arrested on Thursday for the attack against two Pakistani nationals on Saturday in Aspropyrgos. Two of the arrestees are 17 years old and one 18.

According to police, the three are supporters of the extreme right but no evidence was found officially linking them to far-right Golden Dawn or any other extreme right group.

In their houses police found clubs and other objects. The suspects are known to police for their participation in a series of incidents.

The three were detained in last April and June for attacking police and throwing molotov cocktail bombs during an anti-racist protest in Aspropyrgos.

One of the 17-year-olds was identified by one of the victims right after the attack.

The arresstees have confessed their involvement in the beating of the two field workers of Pakistani origin.

According to state broadcaster ERT, they are Greeks from the former USSR.

Two more people have been identified, one of them is the brother of one of the 17-year-olds.

Three more persons are wanted for their involvement in the attack.

The Movement Against Racism and Fascism (KEERFA) speaks of a racist gang that has been operating in Goritsa area of Aspropyrgos and blames them for the attacks at at least 60 foreign field workers in the area. “The arrests confirm the existence of a racist gang in the area,” writes KEERFA and links this gang with the Golden Dawn. “One of the arrested was detained together with five more people who had organized the attack on the anti-racism protest on 16. June. In this group there was also a well-known member of the Golden Dawn,” underlines the KEERFA. 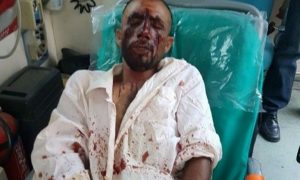 Two days after the brutal attack at the Pakistani workers in Aspropyrgos, another Pakistani migrant was attacked by a group of 10-12 people aged 20-30. The attack took place in Lamprini, north-west Athens, while the man had left the restaurant where he was working to take the bus for home. The attackers beat him and kicked him and left him behind when he passed out. He was taken to hospital by his restaurant colleagues and had his injuries treated.