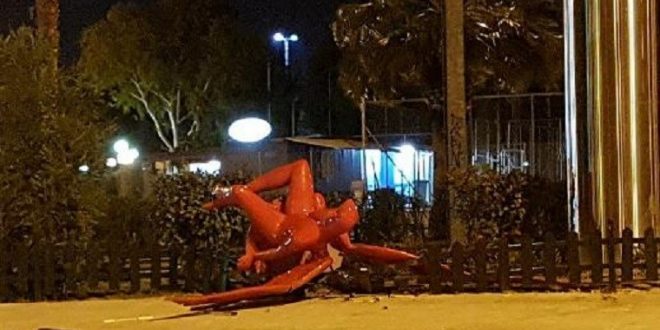 It was not the gale winds raging overnight that brought down the controversial statue of Phylax in Palaio Faliro, south suburb of Athens. It was a group of fanatics wearing hoods who arrived in the middle of the night to get rid of the statue that has been claimed to insult the Christian faith.

According to the mayor of Palaio Faliro, Dionysis Chatzidakis, a group of 15 people came at 3:30 a.m. with a big truck and two jeeps. They threw ropes around the statue and brought it down from its perch. 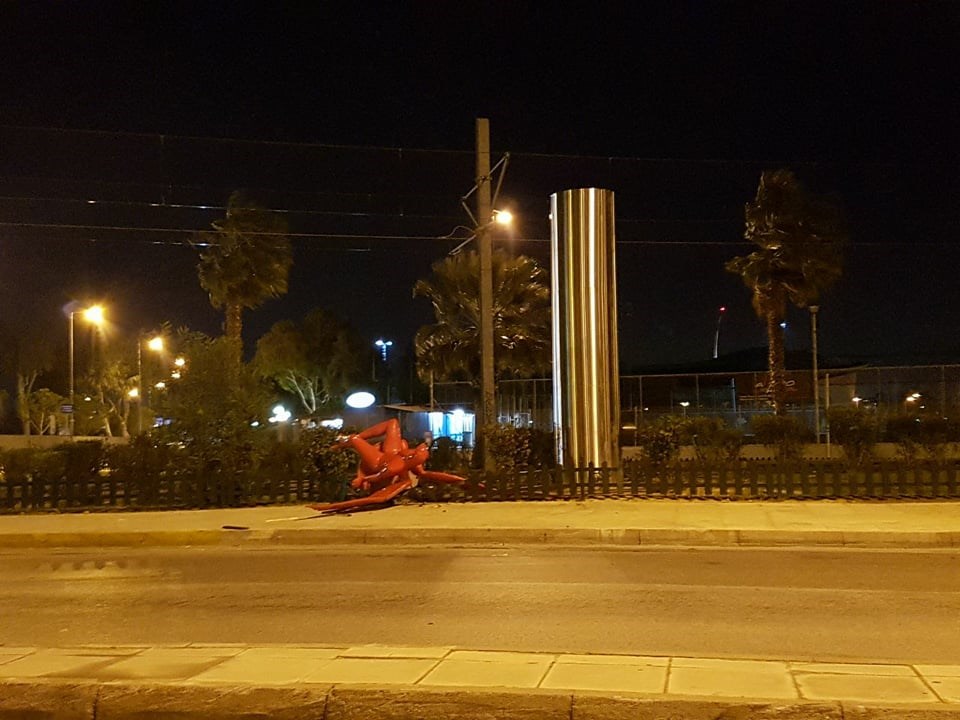 The wings of the statue have been damaged. 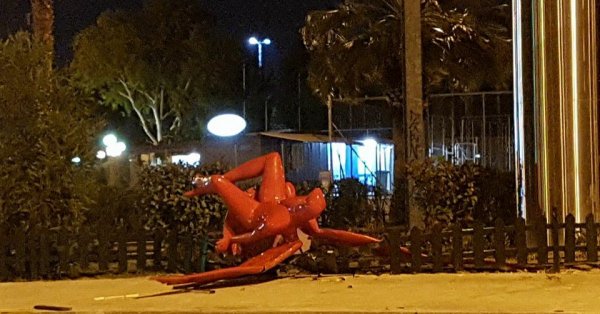 The mayor said that the group threatened the owner of the canteen right next to the statue that they will “set the canteen on fire” should he inform the police. The perpetrators had removed the license plates form their vehicles.

The mayor told Real FM on Thursday morning that he had indications the group were members of right-extremist Golden Dawn.

Later, the mayor told ANT1 TV that he has asked the Electronic Crime Department of Greek Police to investigate on the issue as pictures of the statue on the ground were uploaded at 6:30 a.m. on Facebook. He implied and he and and the team of municipality workers did not shoot any pictures but just rushed to the spot right after the attack and tried to organize the transport of the statue to a safe place.

Artist Costis Georgiou told media, he hopes “the evil will not win.” He added that “the place of Phylax was right there in Palaio Faliro.” 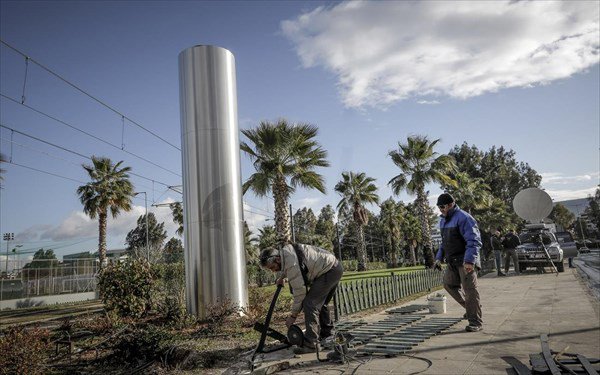 The statue has been transferred into a storage room.

The statue was installed beginning of December and divided the local society with Greek Orthodox hardliners to claim that Phylax (Guardian), as the name of the statue is, was insulting the Christian values and faith.

On January 3rd, a group of people led by a local priest had a Holy Water ceremony in front of the statue to exorcise the evil.

PS Apparently the Holy Water was not strong enough, the Christian-Talibans around the corner meant they had to use violence to exorcise the evil.